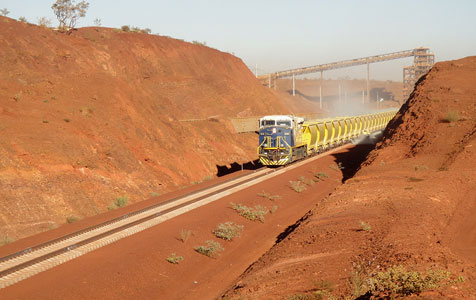 Brockman Mining would need to pay between 55 cents and $2.04 per tonne if it gains access to Fortescue Metals Group’s Pilbara railway, following a ruling by the state’s Economic Regulation Authority.

This represents the amount that the railway’s owner, FMG subsidiary The Pilbara Infrastructure, is able to recover from all users of its railway.

The floor and ceiling costs set by the ERA provide a band within which Brockman and TPI are meant to negotiate for rail access.

What these prices equate to on a per-tonne basis depends on the volume of ore that is carried on the relevant section of railway.

Brockman said today that, based on the railway’s total capacity of 155 million tonnes per annum, the ERA's floor cost would equate to 55 cents per tonne and the ceiling would equate to $2.04/t.

"Future negotiation of the access price will be confined to this range," Brockman said in a statement.

FMG believes there is no capacity on the railway for third parties because it plans to transport 155mtpa of its own ore.

Brockman is hoping to transport 20mtpa from its proposed Marillana mine,

In a statement today, FMG chief executive Nev Power said TPI did not need to begin negotiations under the Railways (Access) Code because Brockman had failed to demonstrate it had the financial resources and managerial capability to carry on the proposed operations.

He said FMG was not obliged to "subsidise or risk-wrap third party projects that are uneconomic".

"It is difficult to provide any further detail at this time given the extent of the redaction in the ERA's floor and ceiling determination."

The ERA said it largely accepted the direct capital costs and the operating costs provided by TPI in its floor and ceiling cost proposal.

"However, some elements of the indirect costs proposed by TPI have not been accepted," it said in a statement.

If the two parties cannot reach agreement in their commercial negotiations, the process will go to arbitration.

ERA chairman Lyndon Rowe said this week that his body had a limited role.

“The ERA’s involvement in negotiations is really setting the parameters around which negotiations take place,” Mr Rowe told an American Chamber of Commerce lunch.

“That’s what we do when we set the floor and ceiling costs.

“There is a very wide margin; the parties are then free to negotiate within those.

“Apart from that, the parties have to be grown up enough to come to their own conclusions.”

Mr Rowe said the Institute of Arbitrators had already supplied a panel of names from which the ERA would be able to select an independent arbitrator.

Any ruling by the arbitrator would be legally enforceable. 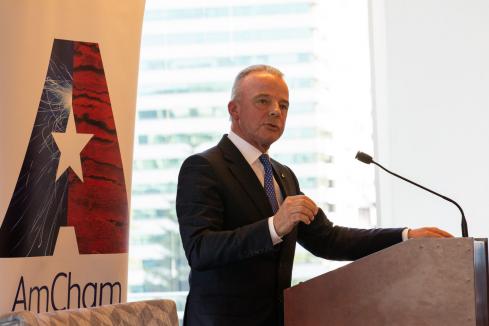