It took some intense lobbying from WA’s political leaders to break down the embargo on iron ore exports. 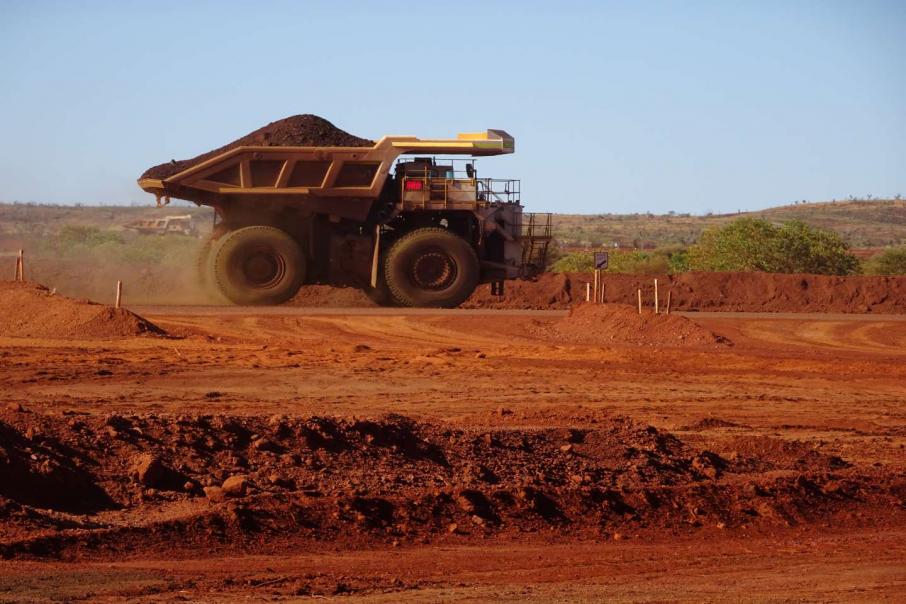 Premier Mark McGowan and the iron ore industry deservedly share the honours for the fact Western Australia is finishing an extraordinary year in much better shape than any other state.

Yet as recently as 60 years ago, not one tonne of iron ore was exported from Australia.

That was because the Lyons federal government had imposed an export embargo after a proposed sale of ore from Koolan Island in Yampi Sound to Japan, in 1938.

There was real concern over Japanese expansionism, reflected in the invasion of China, and Australia’s limited proven reserves of ore.

The embargo continued after WWII despite an approach in the 1950s by the WA Labor government, led by Bert Hawke.

There was little exploration in isolated areas and BHP, which enjoyed a cosy monopoly, wasn’t pushing the issue either.

All this changed in March 1959 with the election of a state coalition government headed by David Brand, with Charles Court as his industrial development minister.

They were intent on attracting new industries and providing fresh employment opportunities; and they had removal of the iron ore export embargo in their sights.

But if they thought the election of a Liberal Country Party government in WA would lead to a sympathetic hearing from their party colleagues in Canberra, led by Robert Menzies, they were to be sorely disappointed.

By this stage, swashbuckling pastoralist-prospector Lang Hancock was convinced that the Hamersley Range in the Pilbara was iron ore rich, having observed the red walls of gorges as he flew low in his Auster plane to avoid a Pilbara storm in 1952.

He hadn’t made a big song and dance about it, but there was a growing feeling, unofficially, that there were abundant deposits.

And Europe and Japan were desperate for steel as part of the post-WWII reconstruction. There had been some publicised discoveries: low-grade ore in the Northern Territory and small deposits in Tallering Creek and Koolyanobbing, as well as at Mt Goldsworthy just east of Port Hedland.

Brand attempted to force Canberra’s hand by calling for tenders to develop the ore at Mt Goldsworthy in September 1959, but in his letter of rejection on October 1, Menzies was firm:

“We must make it perfectly clear …. that your action in calling for tenders does not have Commonwealth approval.”

The West Australian’s report on the decision was headed ‘No Hope for W.A. Iron Plan’. There was no support from the Canberra bureaucracy.

The head of the Prime Minister’s Department, John Bunting, was opposed to change but WA found an ally in Senator William Spooner, a former Sydney accountant who was national development minister.

Brand changed tack in October 1960, writing to Menzies for support for a standard gauge railway between Koolyanobbing and Fremantle to provide ore for a proposed steel industry at Kwinana, which Court was promoting heavily.

By this stage, Spooner was encouraging an easing of the embargo to stimulate exploration, much to the delight of the WA leaders.

On December 2 1960, WA got the decision it had been working for.

The embargo was relaxed, but with strict strings attached. Exports from most proved reserves were prohibited.

“Smaller deposits could be exported in full,” Spooner said.

But as far as Brand and Court were concerned, the dam wall had been breached, and some spectacular discoveries in the Pilbara followed, although there was a view these had been kept ‘under wraps’.

There was further relaxation in May 1963 and, after initial export contracts were written with the Japanese steel industry, the embargo was abolished in 1966, by which time Harold Holt had replaced the retired Menzies as prime minister.

Then it was all go.

China has replaced Japan as the major customer and tonnages and prices – and hence royalties – have hit extraordinary levels, including today. Brand, Court and Hancock were all dreamers but even they could not have predicted the impact of the industry 60 years on.