Richard Jonathon Sheridan, the director of One Emperor Pty Ltd (deregistered – ASIC) trading as WOW Makeovers, has been successfully prosecuted by the Building Commissioner for registration and contractual offences he committed in relation to a $250,000 renovation of a Scarborough house between May and November 2011. 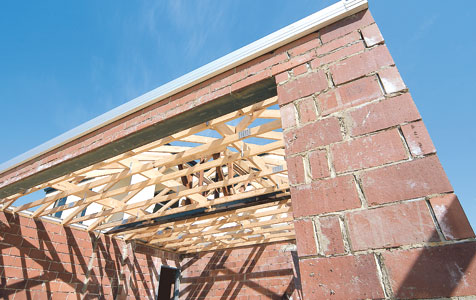 Richard Jonathon Sheridan, the director of One Emperor Pty Ltd (deregistered – ASIC) trading as WOW Makeovers, has been successfully prosecuted by the Building Commissioner for registration and contractual offences he committed in relation to a $250,000 renovation of a Scarborough house between May and November 2011.

In proceedings finalised in the Perth Magistrates Court on July 16, Sheridan pleaded guilty to one charge each of contracting for, and carrying out, building work valued over $20,000 without the required registration, which are offences under the repealed Builders’ Registration Act 1939. Similar requirements exist under the Building Services (Registration) Act 2011.

The Vines-based Sheridan also entered into a non-complying cost-plus contract and failed to obtain a policy of home indemnity insurance for the home building work, which resulted in him being convicted of a further two charges under the Home Building Contracts Act 1991.

The court ordered Sheridan to pay a fine of $10,000 and costs of $2,500. As a result of the proceedings, he also paid $30,000 in compensation to the owners, an elderly, retired couple who had put their life savings into the project.

Dissatisfied with Sheridan’s workmanship, the owners had dismissed One Emperor part way through the building project and made a complaint to the Building Commissioner. The complaint was referred to the State Administrative Tribunal for determination and in September 2012, One Emperor was ordered to pay $52,755.50 to the owners. The order remained unpaid when the company went into liquidation in October of 2012. The failure of the company, and Sheridan as its director, to obtain a policy of home indemnity insurance for the building work meant the owners were unable to recover the amount of the order from an insurer.

In sentencing, the magistrate held that Sheridan was sufficiently experienced in the building industry, as an architect, project manager and the director of a previously registered building company, to have been aware of his obligations under the building laws.

Building Commissioner Peter Gow said the case highlighted the importance of engaging a registered builder for building work valued over $20,000.

“The registration system ensures that a person with the necessary qualifications, knowledge and experience is entitled to carry out work according to the appropriate standards,” Mr Gow said.

“Consumers should protect themselves by engaging the services of a registered building service provider when required and knowing their rights and responsibilities before they enter into a home building work contract for building work. For further information or to conduct an online registration check, visit the Building Commission website www.commerce.wa.gov.au/building-commission or contact us for assistance.

“The Building Commission will continue to prosecute and name those who put consumer interests and the reputation of the building industry at risk.”