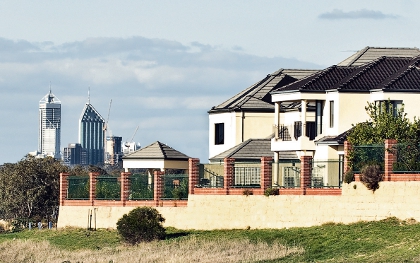 United Community Credit Union has tipped a housing recovery to gather pace over the next 12 months in Western Australia, after its parent company, Community CPS Australia, announced a net profit of $28.2 million for the year ended June 30.

The group’s assets under management increased by 4 per cent, totalling $3.66 billion.

United Community state manager Michelle Coelho said the lender’s portfolio grew by 5.1 per cent in Western Australia, including 4.3 per cent growth in loans and 6.1 per cent in deposits.

“The Perth property market has experienced improvement, particularly over the past six months with increased sales figures, which is mainly due to decreasing mortgage servicing costs along with a tight rental market – meaning more Western Australians are considering home ownership over renting,” Ms Coelho said.

“These are all very positive signs towards recovery of the market, which I believe will eventually lead to increasing demand and higher house prices.”

“Posting such strong results and increasing our after tax profit yet again is a testament to our business strategy, our disciplined approach to cost containment and to the great people who work for the Community CPS Group across the country,” Mr Keogh said.

Mr Keogh said the group would continue to reinvest its profits to return maximum value for shareholders,

“The finance sector continues to face strong headwinds in the form of flow-on effects of Europe’s financial crisis, shifting consumer preferences, technological advancements as well as strong competition in the market,” he said.

“Community CPS is in a strong position to face these challenges, and our focus will remain on putting our members first as well as investing in the communities in which we live and work.”