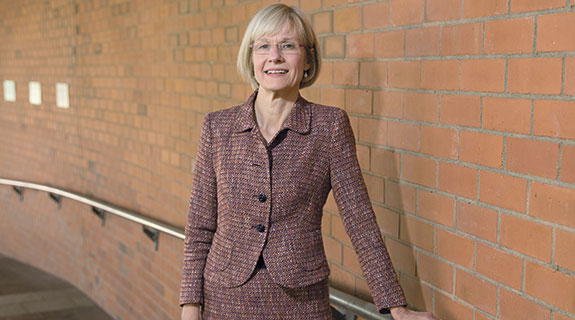 EFFORT: Deborah Terry says Curtin has been focused on research, as well as teaching and learning innovation. Photo: Attila Csaszar

The University of Western Australia has maintained its ranking as the state’s richest university with the highest income, but that has not been enough to deliver a strong bottom-line result. 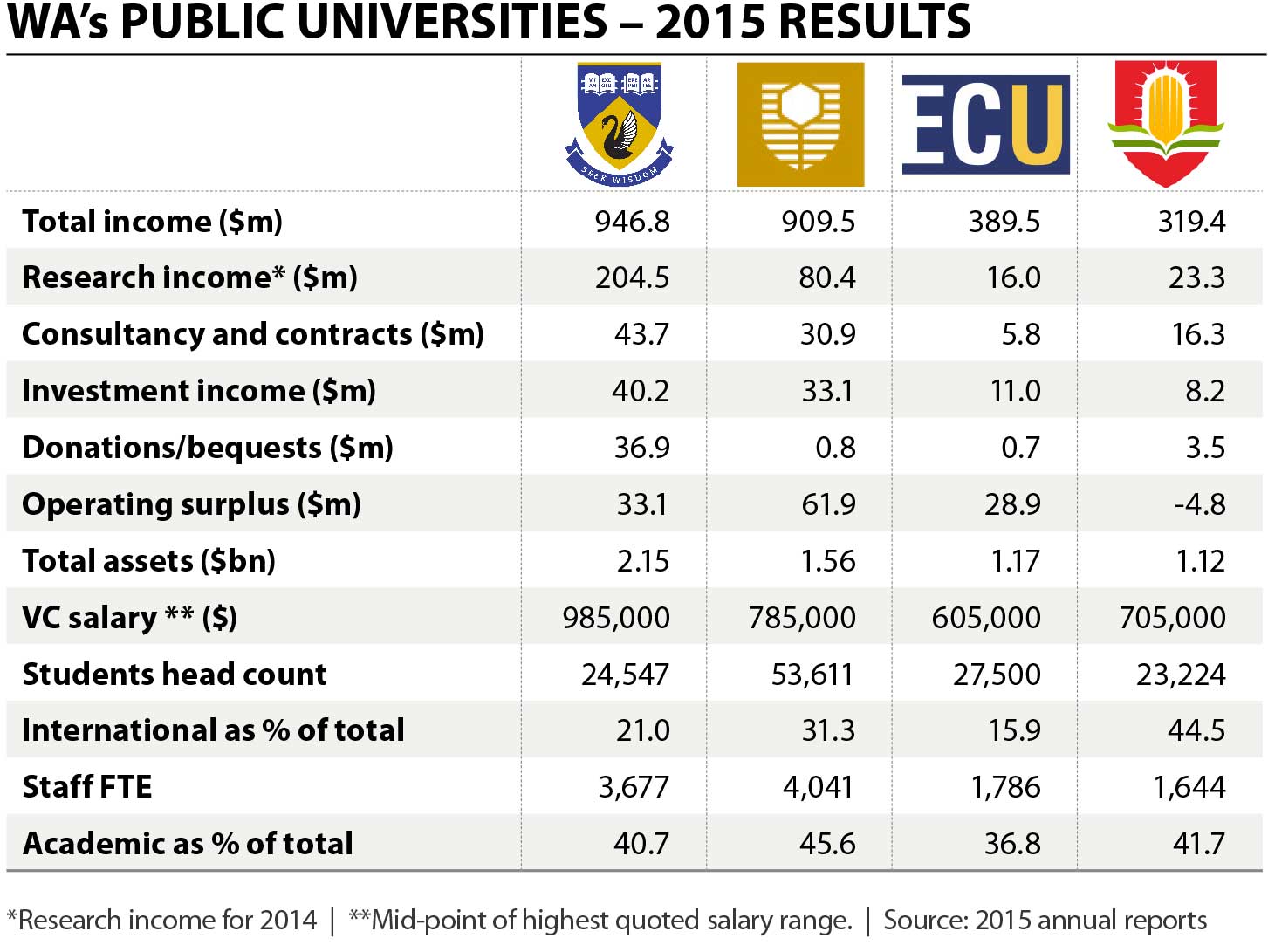 That is despite Curtin having twice as many students, while ECU and Murdoch have a similar number of students to UWA.

The 2015 annual reports of the four public universities, which have just been released, highlight UWA’s strengths across multiple income streams.

It attracted nearly $37 million in donations and bequests, with the next best being Murdoch with $3.5 million.

UWA generated $40 million in investment income and $43 million from consulting and contracts – in both cases well ahead of its peers.

Its strength in attracting research grants was also highlighted by the latest comparative data in the Higher Education Research Data Collection.

UWA secured $204 million in research grants in 2014, way above Curtin ($80 million) and the other universities.

The bottom-line results for the four universities were highly varied, with Curtin having the largest operating surplus of $61.9 million.

Curtin also stands out for having a higher proportion of academic staff than its peers, with 45 per cent of its staff categorised as academics.

“This has resulted in the need to realise operational efficiencies in order to deliver more capacity to support the core activities of teaching and research,” Professor Terry told Business News.

Chancellor Hendy Cowan said the university achieved its financial targets despite what had promised to be a challenging year because of the half cohort of students entering higher education.

Murdoch had a planned operating deficit last year, in part for the same reason.

UWA posted an operating surplus of $33.1 million but, as it has done for several years, drew attention to its ‘underlying’ result, which invariably is much lower.

In fact, the university declared an underlying loss in 2015 of $4 million.

Explaining the big difference, vice-chancellor Paul Johnson said UWA was fortunate in having generous benefactors and a large endowment portfolio, but most of these funds were directed to specific scholarships and programs.

Another big variable in 2015 was a $17 million write-down in the value of UWA’s art collection to $74 million.

“The university’s ability to reinvest in research, physical and IT infrastructure upgrades, and key academic and student services is determined by its underlying financial performance,” Professor Johnson said.

“The university needs to improve its capability in this area so that we can expand and enhance our core teaching and research activities.”

That is why UWA is pursuing a major restructure, including potentially 300 positions being made redundant.

Privately owned University of Notre Dame Australia does not publicly release its financials but has disclosed modest 1.4 per cent growth in student numbers to 12,356.

Vice-chancellor Celia Hammond said Notre Dame recorded 3.9 per cent growth in total revenue last year while its operating surplus was on a par with 2014.