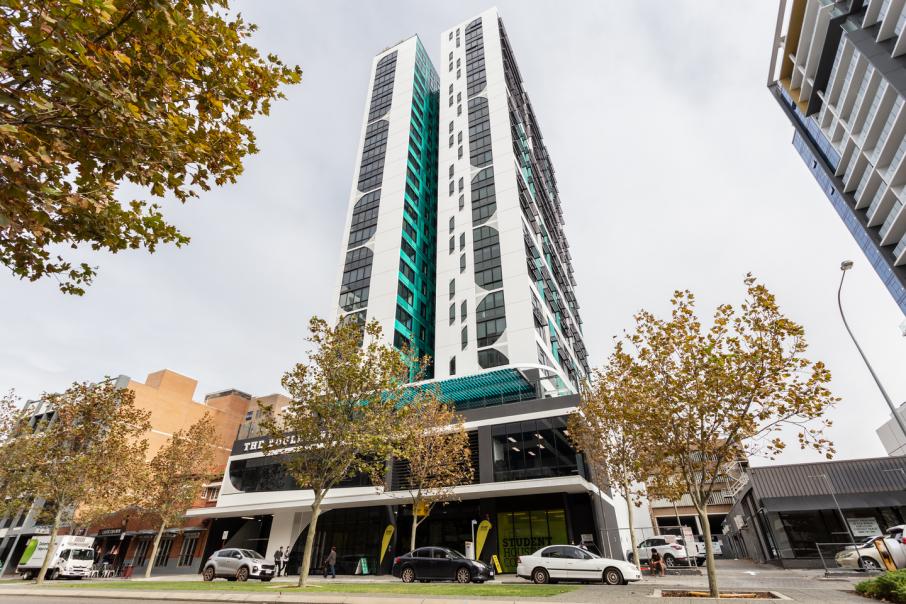 The Boulevard on Stirling Street in the CBD has provided student housing crisis relief over the past few weeks. Photo: Gabriel Oliveira

An estimated 53,000 international students called Perth home as of December 2019, according to StudyPerth, an organisation dedicated to building the profile of international education in Western Australia and overseas.

In terms of accommodation choices, a StudyPerth survey found ‘self-contained house’ and an ‘apartment complex designed for students’ generally topped their wish list, followed by ‘dormitory-style accommodation on or near campus’.

While it’s difficult to measure the influence of international students on the private rental and housing market, data collated by Business News on bed numbers for Perth’s on-campus student accommodation and purpose-built apartments provides some insight.

There are 1,297 operational purpose-built student accommodation beds in the CBD, with international students estimated to make up about 80 per cent of occupancy at one of the providers.

Additionally, StudyPerth said about 15 per cent of current enrolments in WA were offshore, as a result of students who returned home, or were unable to make it to Perth, now studying online.

While the COVID-19 travel restrictions have complicated activity in the sector, and some providers are facing a rise in vacancies, not all indications point towards an acute shortfall in demand.

StudyPerth senior manager Angela Beechey told Business News there had been minimal change in activity in Perth’s purpose-built market in the CBD.

“The market here in Perth has been quite interesting,” Ms Beechey said.

“We haven’t seen much of a shift in the purpose-built student accommodation; students are still keeping their existing tenancy agreements.”

Ms Beechey said most of these students, predominantly in their second and third year of study, were likely already in Perth when COVID19 hit, and that some providers had actually seen steady demand, if not a slight lift in numbers.

With students unable to fly home and nowhere to go, Ms Beechey said StudyPerth had been working closely with Perth’s two purpose-built student accommodation towers on Stirling Street in the CBD – The Boulevard and Campus Perth – to provide crisis-housing relief and negotiate reduced rates.

“We’ve had about 500 students reach out to us for crisis relief in the past few weeks, students who are unable to pay their rent through a private renter, who would have otherwise been leaving that accommodation,” she said.

Ms Beechey said that, given some of the uncertainty surrounding international students’ private rental contracts, student preferences could shift further in favour of the more formal student-dedicated property market in the long term, either on campus or in the CBD. 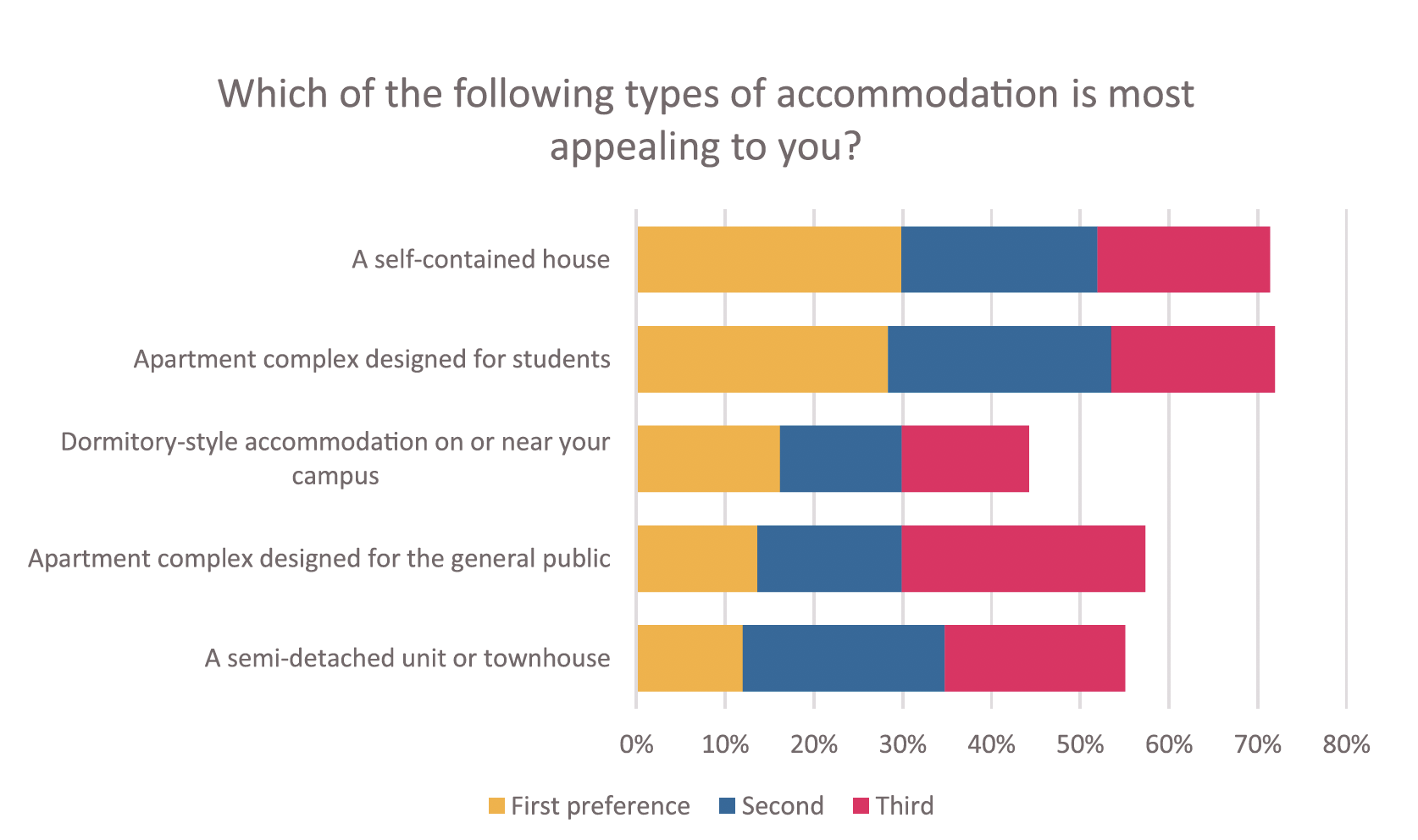 Occupancy rates across both student towers were not disclosed (Campus Perth did not respond to Business News’ enquiries).

However, Tara Holst, the Perth-based general manager of The Student Housing Company, which operates The Boulevard, said most of its student cohort, representing 49 nationalities, had remained.

“This meant when COVID-19 hit and various governments around the world acted, it impacted our students at different times and severities,” Ms Holst told Business News.

“Our property is home to our students so most of them stayed and just kept in close communication with their family and friends.”

Ms Holst said The Boulevard had offered international students who were sleeping on the streets accommodation and food, and that the company was hopeful of future demand.

“Students who were booked to arrive during the travel restrictions seem to still be eager to come. They’re just waiting for the restrictions to be lifted,” she said.

“Next year, I’m sure we will see all those students that couldn’t rearrange their travel plans arrive in addition to the normal year cohort of students.” 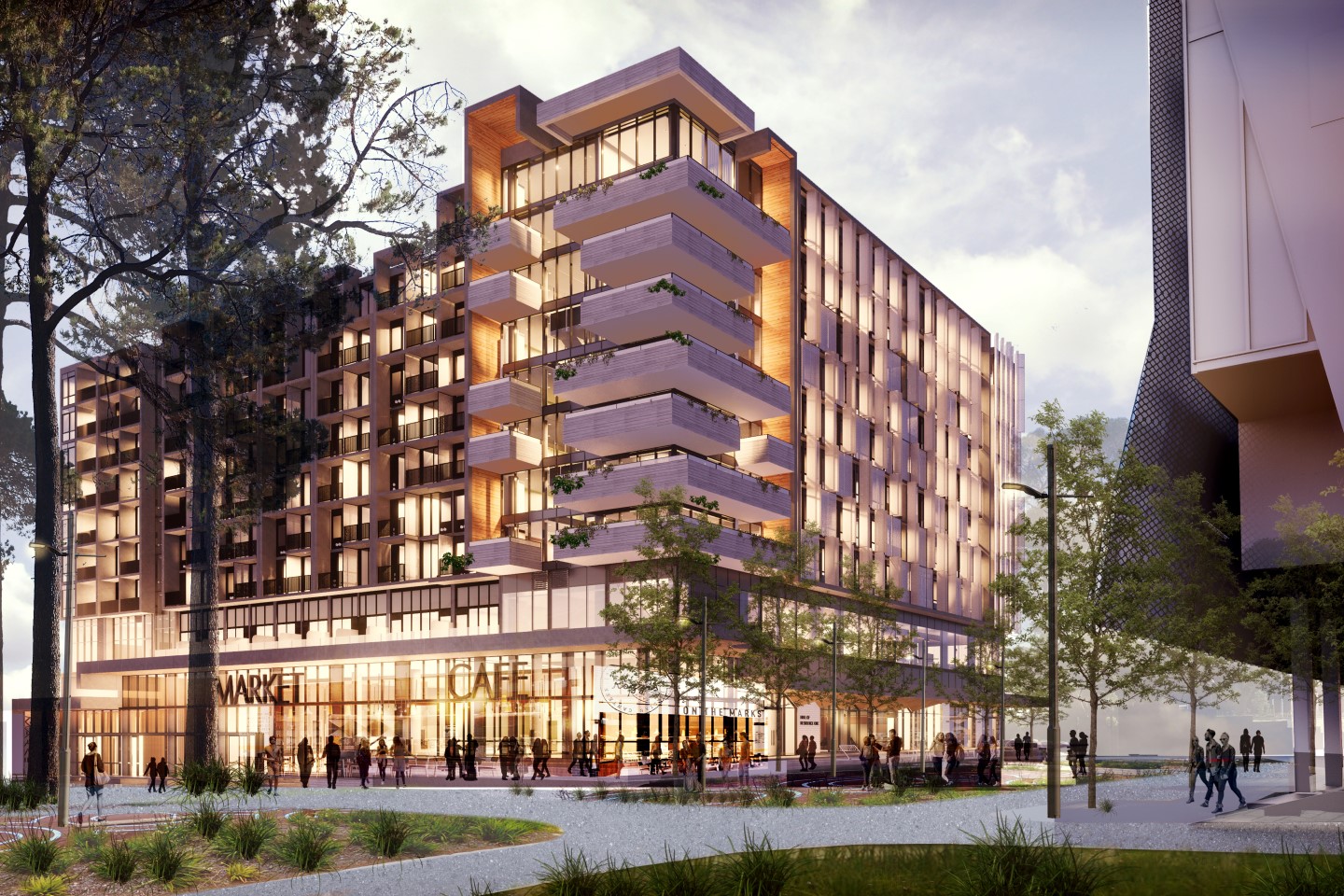 Curtin University is progressing development for Stage One of its Exchange precinct, which will deliver 900 student beds.

Universities across the state are also seeking to remain optimistic amid subdued demand.

An Edith Cowan University spokesperson told Business News the normal occupancy rate of about 80 per cent for the 850 beds across its three campuses had been significantly affected by COVID-19. (ECU did not disclose a percentage split, but said domestic and international students used its beds.)

“We have been able to use some excess capacity for students in need of emergency accommodation,” the ECU spokesperson said.

“We are optimistic that normal occupancy patterns will be re-established in 2021.”

The University of Western Australia said international and domestic demand for its affiliated student accommodation properties was split 50:50.

A UWA spokesperson said COVID-19 restrictions on both international and regional travel, as well as remote learning, had reduced occupancy levels across its residential colleges along Mounts Bay Road, which collectively provided about 2,255 beds.

“Over the medium term, we anticipate that occupancy rates will remain soft for semester two 2020, and potentially semester one, 2021, depending on the ability of students to travel to, and within, Australia,” the UWA spokesperson said.

“UWA has sought to support our students living in student accommodation through this period, particularly those who have lost employment, including by providing rental relief, financial assistance grants and other welfare support.

“Strategies will evolve for semester two based on information and advice from the federal and state governments and the easing of restrictions.”

Business News reached out to Murdoch University and the University of Notre Dame for comment.

Curtin University, acknowledging occupancy across its affiliated student accommodation had been affected, remains positive about its future.

A Curtin spokesperson said the university believed its international reputation, along with Australia’s economic recovery, political stability and health security during the COVID-19 pandemic, would be compelling reasons for international students to choose WA.

There are 1,381 beds spread across Curtin’s affiliated student accommodation, comprising roughly 70 per cent international residents and 30 per cent domestic.

The university will soon add 900 student beds as part of the first stage (valued at $500 million) of its Exchange project now under construction.

The Exchange is the first precinct to be delivered as part of the Greater Curtin Master Plan, launched in 2014.

“Traditionally, the student accommodation market has been internationally competitive and we foresee that significant demand is still likely to come from international markets,” a Curtin spokesperson said.

Curtin said the contracted builders, Lendlease and Probuild, had continued to work on delivering the four new buildings within the Exchange precinct, on target for completion by the end of 2021.

There are an additional 2,146 purpose-built student accommodation beds proposed for the CBD.

Three developments are proposed for Wellington Street, with the latest approved in January this year: a $40 million, 16-storey tower by Seahaven Investments.

Meanwhile, construction is progressing at the neighbouring $38 million, 39-storey, 433-bed student housing development, with Stirling Capital working on behalf of the landowners.

Student accommodation owner Scape Australia acquired the group’s national Atira portfolio late last year, but there’s been no confirmation yet on how the project will progress.

An additional 550-bed student housing project has been proposed on Roe Street, to be run by Cedar Pacific, as part of the Perth City Link project. None of the projects have seemingly been disrupted as a direct impact of COVID-19. Perhaps that’s because Perth is just beginning to scratch the surface of the market, considering current bed numbers plus those proposed would cater to less than 20 per cent of that pre-pandemic pool of 53,000 international students.

Post COVID-19, continuing to attract those numbers could be a challenge.

Looking to the future, Ms Beechey said StudyPerth had been reshaping its action plan by shifting its perspective to recovery and renewal in the new financial year.

“At the moment it’s unknown territory what international student numbers will look like longer term because we are innovating by necessity,” she said.

“Moving things to online remote learning may affect how many students we can attract in the future.

“But there’s a huge opportunity for Perth because we’ve had such positive management of COVID-19 … people will be looking for clean and green places to study.”