WA’s university sector is concerned with the lack of federal support for international students, warning that choices made now could cause years of damage to the country’s economy and reputation. 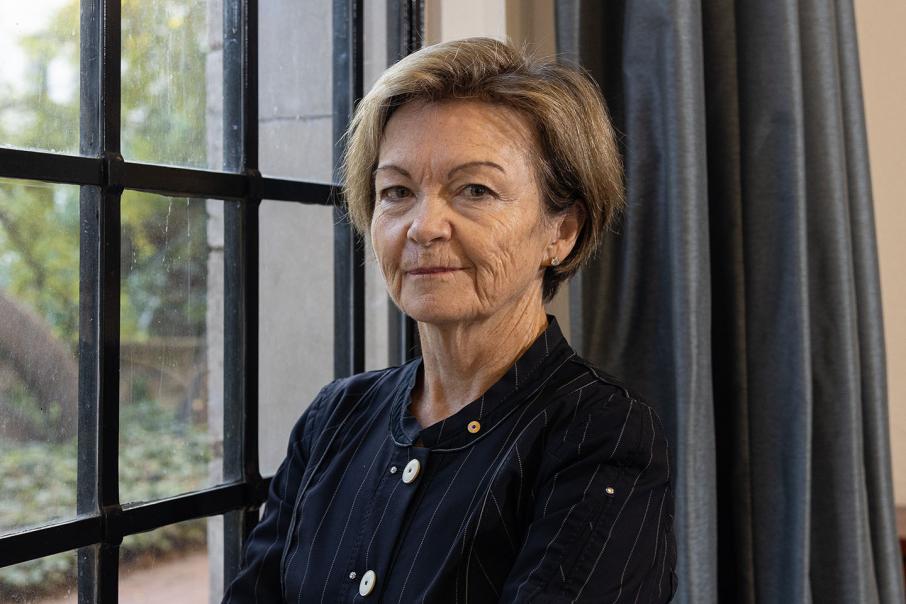 Jane den Hollander says universities can’t expect as swift a recovery as they might have done in the past. Photo: Gabriel Oliveira

WA’s university sector is concerned with the lack of federal support for international students, warning that choices made now could cause years of damage to the country’s economy and reputation.

Deborah Terry understands why conversations about international students in Australian universities so often involve money, given the data, but she believes there is much more at stake than simply the dollars.

Australian Bureau of Statistics figures show that education, measured as an export, contributed $38 billion to the national economy in the 2018-19 financial year, making it Australia’s third largest export industry behind iron ore and coal.

All five of Western Australia’s major universities rely on the tuition and fees that onshore international students pay each year, and their absence in semester two due to ongoing travel restrictions is likely to have a significant impact on the sector’s teaching and research output.

Professor Terry, who serves concurrently as Curtin University’s vice-chancellor and chair of Universities Australia, has cited these figures in recent weeks as she has lobbied the federal government to increase its stimulus to the sector during the COVID-19 pandemic.

And although she’s cognisant that losing international students will deliver a significant financial hit to the sector, Professor Terry told Business News there were bigger issues to consider, including Australia’s reputation and influence on the global stage.

To illustrate her point, Professor Terry mentions George Chan, pro-chancellor of Curtin’s campus in Sarawak, Malaysia, whose first foray into academia came through a Colombo Plan scholarship that allowed him to study medicine at The University of Sydney in the 1960s.

“That’s where the responsibility falls on all of us, not just universities, to articulate why it’s such an important export industry for Australia,” Professor Terry said.

“It’s through soft diplomacy [and the] person-to-person links we establish in the region that help with trade and understanding in the future.

“Often, I talk to people in the [Asia] region and find out they studied at an Australian university, and that has outcomes and benefits that last lifetimes.”

There’s broad agreement across WA’s universities that COVID-19 represents a fundamental challenge to the sector, as restrictions on travel severely limit research, and the movement of staff and students.

The University of Western Australia interim vice-chancellor Jane den Hollander acknowledged that universities were in the midst of an unprecedented challenge, given the sector had emerged relatively unscathed from the GFC, and the fallout from SARS and the September 11 attacks in the US.

The reasons for that were multifaceted, she explained, pointing out Australia today had stronger trade ties with countries that had been devastated by the COVID-19 health and economic crises.

“China, the UK, Germany and the US have all been decimated by this, and although it’s a health crisis, there’s an economic crisis right next to it because people aren’t working,” Professor den Hollander said.

“There will be a recovery, but it could be tough.

“That’s a big difference [to] all the crises of the past; they came and went, and we snapped back.

“We’re not snapping back this time.”

Despite those concerns, universities have managed the short-term operational transition by leaning into the widespread use of recorded lectures and video conferencing to rapidly scale-up remote learning.

Edith Cowan University vice-chancellor Stephen Chapman said the ability of most students to learn online, coupled with willing staff, had eased what could otherwise have become an ambitious undertaking.

“In the past, we’d think of doing an online course and it would take six months to prepare and cost hundreds of thousands of dollars,” Professor Chapman said.

“I’ve had a situation where I’ve had to tell a university where 25 per cent of our courses are online that, in the next three weeks, everything we do has to go online.

“Nobody has ever done that and it’s staggering to expect it, but they [the staff] did it.”

While confident in their ability to manage students’ learning in the coming months, most vice-chancellors spoken to by Business News were concerned with their own financial sustainability and, outside of the state government’s $100 million loan facility for the sector, expressed frustration with limited support from the federal government.

Rather than direct subsidies for the sector, federal relief will come in the form of a guarantee in funding for students who are enrolled and supported by the Commonwealth Guarantee Scheme and the HELP funding.

Dissatisfaction with the federal government’s response has played out in dramatic fashion in recent weeks, after all but one of Australia’s universities failed to qualify for funding under the JobKeeper legislation.

Originally, most in the sector believed that, as not for profits, universities would only need to demonstrate a 15 per cent loss of income over the required period to qualify for the wage subsidy, as the legislation made clear was the case for other registered charities and not-for-profit organisations.

However, the federal government was quick to clarify that this would not be the case, and universities would need to demonstrate a 30 or 50 per cent loss as required for all other businesses.

At the end of April, the requirements became more onerous, as new rules stated that universities would now need to demonstrate a 30 to 50 per cent loss of revenue over a six-month period starting from January of this year.

Most other businesses need only demonstrate those losses over a single month, comparable to the year prior.

“The government has moved the goalposts every time to avoid us qualifying,” Professor Chapman said.

“On January 1 2020 there was no COVID-19; all the students were coming and we were making money.

“The problem is the students aren’t coming now, and we’re having to spend money.”

Further compounding the issue has been a lack of any direct or indirect financial support from government for international students.

While the federal government’s relief plan for the sector will guarantee $18 billion in funding to universities for domestic students who are currently enrolled, international students, who cannot access CGS or HELP funding, will not be covered.

There appears to be little appetite to change course on that decision. When asked in April about the status of international students in Australia, Prime Minister Scott Morrison bluntly said they would simply need to make their way home.

Treasurer Josh Frydenberg echoed those comments earlier this month, saying it would be up to universities to figure out how they resolved the matter of lost revenue from international enrolments.

StudyPerth chief executive Phil Payne said international students and agents considered the Australian national response unfavourably compared with the UK, New Zealand and Canada, which had been more compassionate and practical in their response.

“The suggestion that students should go home if they’re struggling to survive … misses the fact that it’s actually impossible for many to go home,” he said.

“They either don’t have funds, or the borders are closed.

“Many of these students have been here for several years, contributing to our communities and the economy and paying taxes.

“As a compassionate country, we owe our international students a duty of care.”

Evidence suggests the broader economy would suffer if international students shifted to other OECD nations in coming years.

According to The Mitchell Institute, education exports could decrease by $2 billion ahead of August, while Universities Australia estimates losses of between $3 billion and $4.6 billion in the next six months without further relief or stimulus.

Professor Chapman said Australia’s ability to attract international students had, until now, been the envy of the global university sector.

By not offering concessions to those students now, such as post-study work rights to those studying online, he believes the federal government is doing the sector and the broader economy a disservice.

“My worry is that the lack of support and the rhetoric that’s coming out [of the federal government] could seriously damage our competitiveness in the international market,” Professor Chapman said.

“Sometimes my worry is that people don’t care about that.

“This is the third largest export industry in Australia after iron ore and coal; why would you treat the industry this way?”

Although the federal government’s response has inspired little confidence in the higher education sector, there was enthusiasm for National COVID-19 Coordination Commission chair Nev Power’s suggestion to bring international students to Australia on charter flights in the coming months.

That plan appeared broadly popular with WA’s vice-chancellors, who said the next best thing for the sector after relief would be investigating how to get students back in class in coming semesters while minimising risk to the domestic population.

“It’s a commonsense protection for the industry,” Professor Chapman said.

“Students aren’t like tourists, they don’t arrive then go to Uluru or Sydney and you don’t know where they are; they arrive, and they’re in a controlled system.

“It can be done if we do it right, and I think that’s where we need to look.”

While there is enthusiasm for returning international students to Australia as soon as possible, Professor Terry argued the sector should more forcefully make the case for its own economic and social value.

She said Australia’s well-regarded response to COVID-19 was evidence that researchers and academics were being recognised and rewarded at the moment for their efforts, even while the universities that educated them were not.

“What we’ve seen over the last few months is our government recognising very appropriately that we have a reliance on research,” she said.

“We have people who can provide evidence for public health who are at the forefront of developing possible vaccines and treatments for COVID-19.

“That’s part of why Australia’s been able to respond so effectively.

“There’s been great leadership at a Commonwealth and a state level and we’ve made the right decisions, but we’ve also got that evidence we can draw on to understand what we should be doing.” 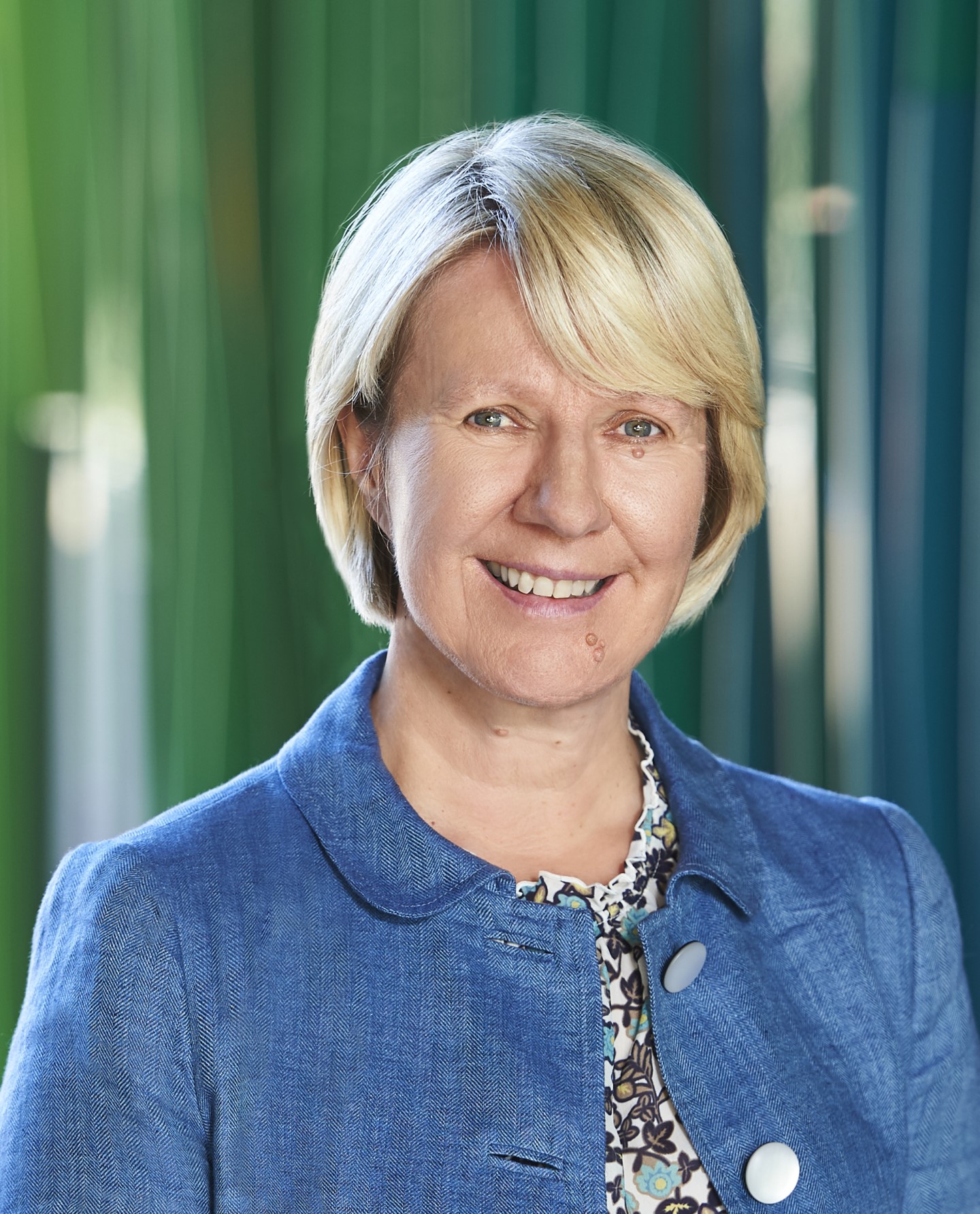 Murdoch University vice-chancellor Eeva Leinonen said the federal government had implicitly acknowledged the value of universities when it announced a series of online, six-month university courses for those looking to retrain for the post-pandemic economy.

If the sector were to further benefit from countercyclical economic forces, however, Professor Leinonen said universities would need to do a better job of communicating that value to the broader public.

“Universities as organisations have not been quite thought about in the context of providing an economic benefit [and they] haven’t always messaged their activities in that way,” she said.

“Even if it’s just international education and research, putting those together, it’s obvious that the impact economically and socially is enormous [but] we’re also part of skilling the future workforce.

“Universities have a role to play in skilling, reskilling and upskilling the workforce, particularly in these unprecedented times when the nature of jobs is changing rapidly.”

“We talk about the silver linings in these times, and I think one of them is that the broader community has developed a better sense of [how we] rely on expertise,” she said.

“That’s built up over years of investment in capability.

“We’ve got to look at it as a bridge to the future that will drive new technologies, jobs and industries, and universities are critical to that.”