The federal budget changes to higher education have yet to go to the Senate, but WA’s universities are considering their options. 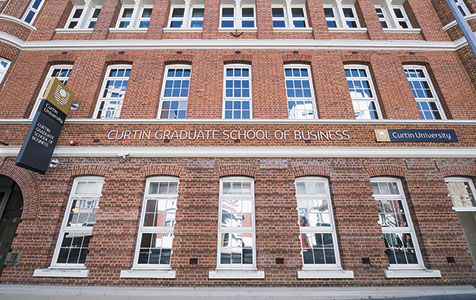 The federal budget changes to higher education have yet to go to the Senate, but WA’s universities are considering their options.

WESTERN Australia’s universities will become increasingly reliant on new funding sources in the wake of federal cuts to the sector and fee deregulation proposed in the recent budget.

Among the budget’s most contentious items, the planned 20 per cent funding cut to universities and deregulation of fees from 2016 have sparked criticism from many quarters, and speculation about the future costs of tertiary education.

“If you actually look at the key changes over the last seven to eight years there have been some really radical changes that have been introduced from Canberra to move the sector towards a much more deregulated environment,” Mr Paul said.

Murdoch University provost Ann Capling said Murdoch was not opposed to deregulation, but disagreed with the government’s selective approach.

“If any university leverages itself beyond, say 10 per cent of its value in order to invest in the future, the federal government would change its risk rating,” Ms Capling said.

“If a private company was only leveraged to 10 per cent of its value, its shareholders would be in revolt.

“They’re asking us to be a little bit pregnant, which is impossible.”

Mr Paul agreed numerous challenges remained, but said universities were recognising the shift and many higher education providers were divided in their response as the sector prepared for change.

“The revenue mix must start to get diversified for these providers,” he said

“Much more alternative funding options, I think, will start to emerge and already we’ve got a number of providers exploring public private partnerships; they’re certainly looking at a whole pile of different alliances … which really would never have been dreamt of 15 years ago.”

WA’s universities are already bracing for a likely drop in revenue next year when the high school leaver cohort drops by about 50 per cent on the previous year, due to the 2001 decision to lift the age at which children start school.

Funding for different disciplines is also set to alter, with the budget seeking to simplify university funding clusters into five groups instead of seven.

More expensive programs such as medicine, engineering and science will be hardest hit, with humanities and mathematics less affected.

Curtin University vice-chancellor Deborah Terry said the proposed changes would impact on some courses more than others, which could influence the decisions students make about which course to study, or if they study at all.

“This may result in a shortage of graduates in key disciplines a few years into the future,” Ms Terry said.

None of WA’s five universities has yet announced how much student fees are likely to increase, but have noted they want to attract students regardless of their financial situations.

Ms Capling said she did not expect significant price differences between universities as their fundamental cost structures were not that different.

University of Western Australia vice-chancellor Paul Johnson said the university welcomed the direction of the budget changes as it would give it greater autonomy to better compete in a global market.

The University of Notre Dame Australia vice-chancellor Celia Hammond supported the budget plan to allow private universities to offer Commonwealth Supported Places to all students, with the exception of medical students (up from half the total student intake currently).

“It is important that WA does not slip further behind the eastern states,” Mr Cox said.