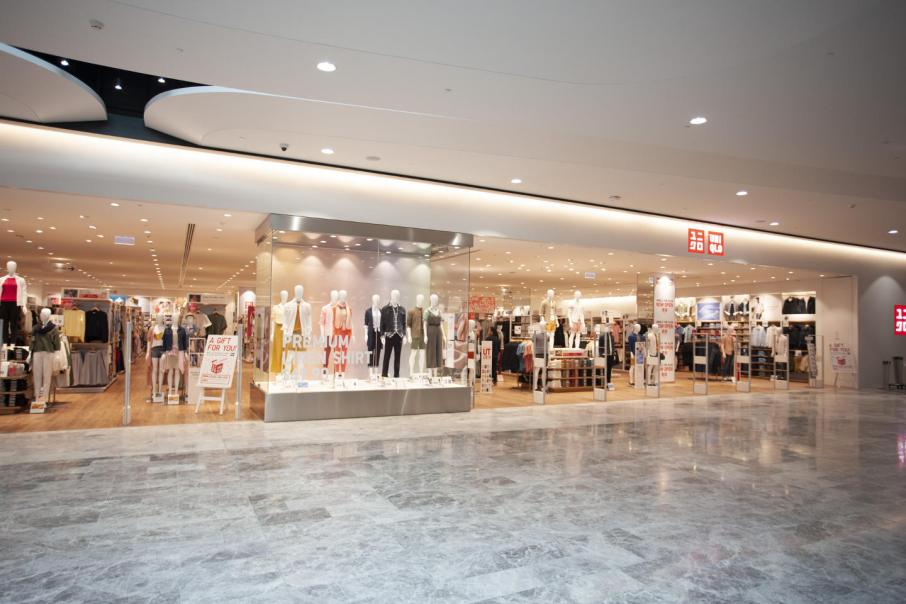 Uniqlo will be a key addition to the fashion precinct at Karrinyup.

Uniqlo joins H&M as an anchor-tenant for Karrinyup’s new fashion mall, which has opened ahead of the entire redevelopment which is scheduled to be complete by the end of next year, while the new 942 square metre store will have the widest shopfront of any in the precinct.

Being built by Multiplex, the redevelopment will increase floor space of the centre from nearly 60,000sqm to 109,000sqm.

Once complete, Karrinyup Shopping Centre will feature 290 shops, two new supermarkets and a Hoyts cinema complex alongside a food and beverage precinct.

The $800 million redevelopment is being managed by AMP Capital on behalf of centre owner UniSuper.

AMP Capital WA divisional development manager Scott Nugent said securing a retailer such as Uniqlo was an important part of the vision for the upgraded mall, while Uniqlo Australia chief operating officer Kensuke Suwa said the store opening was a show of confidence in Perth’s retail market.

Uniqlo first landed in Perth in August 2018 at the Plaza Arcade in the CBD, while it opened its second WA store at Westfield Carousel midway through last year.

The Karrinyup shop will increase the number of Australian Uniqlo stores to 23.