SPECIAL REPORT: An alliance between two big unions will put pressure on oil and gas contractors at a time when many enterprise agreements reach their expiry and a big projects are set to get under way. 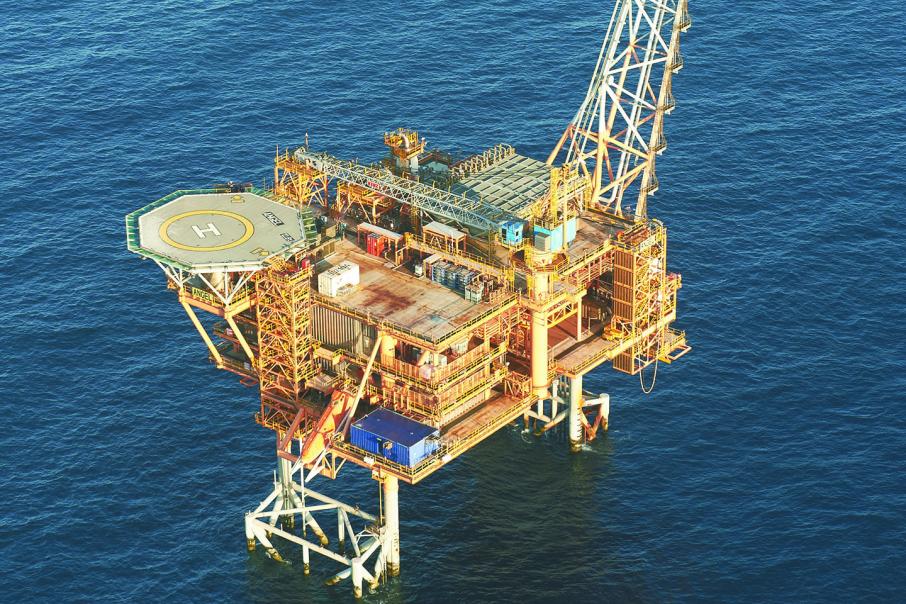 An alliance between two big unions will put pressure on oil and gas contractors at a time when many enterprise agreements reach their expiry and a big projects are set to get under way.

Major offshore petroleum projects could face a repeat of the industrial relations chaos of the most recent resources boom, with warnings of a perfect storm as union negotiating leverage grows.

Projects worth at least $40 billion are set for final investment decisions in the next two years, including ConocoPhillips’ Barossa (2020), Woodside Petroleum’s Scarborough (2020) and Browse (2021), while others such as Shell’s Crux and Western Gas’s Equus are on the horizon.

A number of offshore enterprise bargaining agreements (EBA) are due to expire in that period.

Adding to the pressure, the Maritime Union of Australia (now CFMMEU) and Australian Workers Union inked a deal in October 2018 to pool their resources in the north-west in a joint venture called the Offshore Alliance. 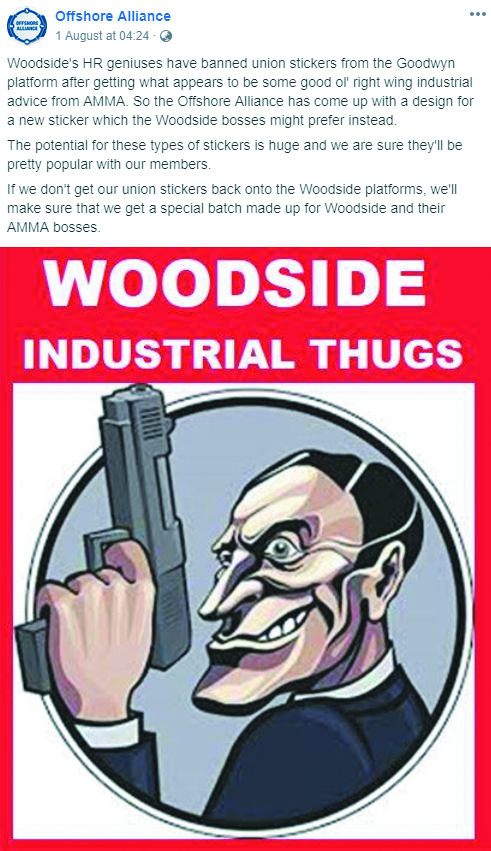 Previously, the AWU covered stationary operations, such as platforms, while propelled vessels fell under the ambit of the MUA.

However, the AWU had lacked industrial clout in the west, the lawyer said, and that lack of bargaining power had flowed on to the work of other unions.

“If AWU caterers aren’t getting pay increases, that would have a relative effect on the MUA’s ability to get wage increases,” he said.

The timing of the next round of projects, and of agreement negotiations, means unions will have leverage at critical stages, the lawyer said, and would be likely to demand much higher wages and more favourable conditions.

Potentially, there would be a push to move to the Norwegian rostering model, which means about 21 weeks on site in a year and 31 off, he said.

To give an idea about wages offshore, a May 2018 agreement between Maersk Crewing and the CFMMEU specifies a deckhand would earn $145,000 a year on a five-weeks-on, five-weeks-off cycle.

A move to the Norwegian model would effectively be a 20 per cent pay rise.

The alliance had a win last month when Fair Work Commission deputy president Val Gostencnik approved an application to give two union officials, Daniel Cain and Doug Heath, expanded access to worksites, covering across the jurisdictions of both unions.

Business News understands it is unusual for an official to hold permits across multiple union jurisdictions.

About 3,000 right-of-entry permits have been issued, and only about eight or 10 people have more than one, usually because they shifted unions, the lawyer said.

The alliance has been quick to use the new power, lobbying members to vote down recent EBA offers from contractors such as AGC and Diamond Offshore.

It has also been active on social media. 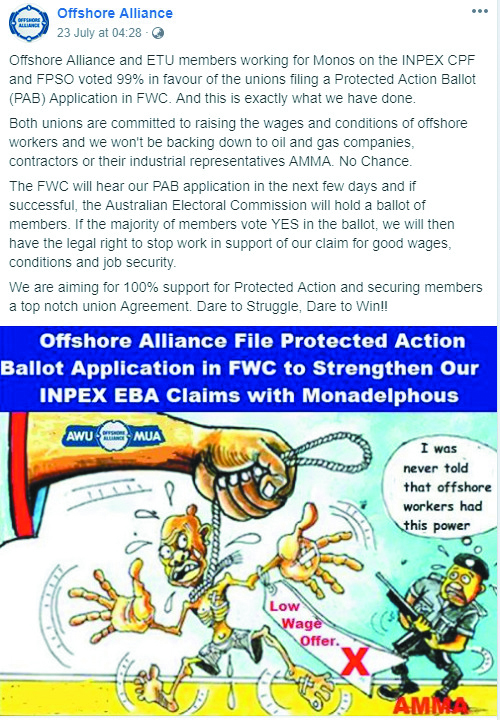 “Diamond Offshore’s chief executive says that the company is highly profitable at current prices and Australia’s oil and gas industry is on the way up,” the alliance said in a July post.

“Yet this outfit believe that a baseline enterprise agreement paying highly skilled offshore workers a little over $100,000 per annum is a good deal.”

In another post, the alliance said project proponents had “smashed” the wages of workers in recent years.

“The Offshore Alliance will be pushing hard to get back what’s been stolen from our members,” the post said. 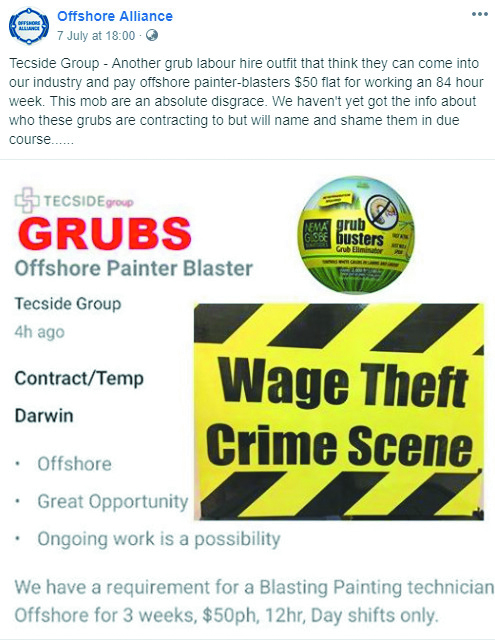 “A number of minor changes to the processes for making agreements and having them approved in the Fair Work Commission would significantly improve the system for both employers and employees,” he said.

“Further, allowing enterprise agreements to run the length of major project construction would have a huge positive impact on investor certainty and industrial stability in our country.”

That latter proposal would mean there would be no opportunity for industrial action in the middle of a greenfields project if an agreement expires during construction.