Curtin University will soon embark on the first phase of its $500 million Greater Curtin plan, which includes more than 900 new student accommodation rooms, a hotel and serviced apartments alongside new educational space. 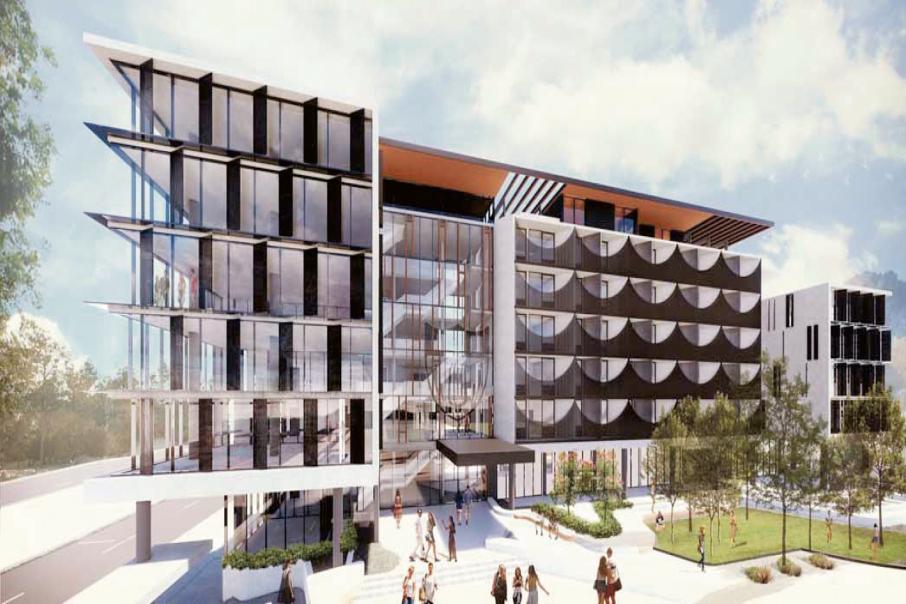 Curtin's new buildings are designed to create the amenity of a town centre at the heart of the university's Bentley campus.

Curtin University will soon embark on the first phase of its $500 million Greater Curtin plan, which includes more than 900 new student accommodation rooms, a hotel and serviced apartments alongside new educational space.

Two halls of residence will deliver 924 new student accommodation rooms, facilities that will nearly double the number of students living at the university’s Bentley campus.

The residence halls, which will cost $160 million to build and were designed by nettletontribe architects, will incorporate more than 2,000 square metres of retail space, including a grocery store and a range of food and beverage tenancies.

A fourth building will become Curtin’s School of Design and Built Environment, at a cost of $80 million.

Curtin University vice-chancellor Deborah Terry said the university was negotiating with a private sector consortium to construct and operate the buildings.

She said the first stage of Greater Curtin was designed to be a catalyst to transform the Bentley campus into a major innovation hub.

Curtin plans to construct the halls of residence and the hotel building simultaneously, while timing for the School of Design and Built Environment is yet to be confirmed, according to DAP documents.

Progress on Greater Curtin comes at a time of increasing competition in Perth’s student accommodation sector.

Student accommodation has become an increased priority for developers in recent years, who are responding to an imbalance in the number of international students enrolled at Australian universities and the availability of purpose-built student accommodation beds.

A Knight Frank Australia report released last year indicated there were 3.6 international students for every purpose-built student bedspace in Australia at the end of 2017.

In WA, Savills research showed that just 3.1 per cent of the state’s international students lived in on campus accommodation, with 95 per cent renting privately.

Midway through 2017, the City of Perth offered a range of incentives for developers to create student accommodation projects in and around the CBD, offering a 20 per cent plot ratio bonus and removing any developer or public art contributions.

At the time of the incentive release, there were 4,768 student beds available in Western Australia in on-campus accommodation.

That situation has changed rapidly, however, following the January opening of Campus Perth, a 726-bed facility at 80 Stirling Street on the outskirts of the Perth CBD.

The Boulevard by Stirling Capital comprises 571 beds and is located across the street from Campus Perth.

First students are expected to arrive at the facility from February 11.

Stirling Capital is moving on another student accommodation project, with plans to build a 39-level, 433 bed facility at the Globe Backpackers and City Oasis Resort Hostel at 553-561 Wellington Street recently approved by the City of Perth Development Assessment Panel.

The developer is planning to retain the facades of the heritage-listed building and incorporate it into ground floor retail and office tenancies to complement the 39-storey tower.