A slowdown in the mining sector could have positive flow-on effects for employers in other industries, Business News' annual survey of the state's 100 largest employers has found. 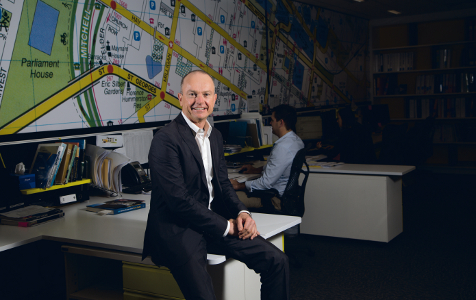 A slowdown in the mining sector could have positive flow-on effects for employers in other industries.

As the Western Australian economy enters a period of consolidation after several years of frenetic growth, a new survey of staff figures illustrates the damage inflicted on some of the state’s biggest employers by the slowdown in mining investment.

Research undertaken for Business News’ Book of Lists reveals thousands of jobs have been lost in industries servicing the resources sector during the past year, with engineering, mining services and gold mining companies hardest hit.

While there is consensus among industry figures and analysts that the state’s economy will continue to grow at a strong pace as mining projects enter the operational phase, such losses underscore that the peak in the state’s mining investment boom is fast approaching.

A decision by BHP Billiton in September to shelve its Pilbara expansion plans had immediate effects for engineering firms Fluor Australia and Sinclair Knight Merz, with a joint venture between the two companies reported to have axed 500 jobs.

Calibre Global did not disclose its latest staff numbers, but is known to have cut 300 engineers after being hit by project delays and lower spending on asset maintenance.

In the mining services sector, NRW Holdings shed more than 600 staff over the past year amid project delays and deferrals, while Barminco also cut big numbers as it sought to reduce costs and consolidate growth.

In addition to contractors and services firms, miners have also been hit.

In the struggling gold mining sector, the net effect has been a significant reduction in employment, as companies such as Focus Minerals, Tanami Gold and Apex Minerals put their mines on care and maintenance, and others including Newmont Mining, Navigator Resources and Barrick trim staff.

In contrast, the big iron ore miners are actually taking on extra operational staff as they expand production.

Fortescue Metals Group, for instance, was reported to have cut 1,000 staff and contractor positions last year, yet its overall employment numbers have grown slightly over the past 12 months to 3,840.

“Overall we have actually increased our numbers as we have moved from construction to operation and as we have brought on new (mine) sites,” chief financial officer Stephen Pearce said this week.

“As we expand (production) we have in fact increased our overall numbers, both at the employee and contractor level.”

Similarly, Mineral Resources has reported significant growth on the back of a deal with Iron Ore Holdings to develop the Iron Valley iron ore deposit in the Pilbara in the coming months.

Chamber of Commerce and Industry WA chief economist John Nicolaou said it was clear that businesses were taking a more cautious approach to growth amid a heightened degree of uncertainty in the market.

“What we’re seeing now is a rational response on the part of businesses to a period of rapid growth,” Mr Nicolaou told Business News.

“As costs have risen significantly, businesses are now focused more on consolidation.

“You see that in terms of the employment market, where businesses are not looking to recruit actively in large numbers, which has seen the overall level of employment slow down.”

Labour market conditions are expected to remain tight, with the chamber predicting the unemployment rate will average 4.5 per cent over the next two financial years, with workers less likely to seek out new jobs.

“There’s less of a willingness on the part of workers to move from one job to another,” Mr Nicolaou said.

“I think that greater stability in terms of the workforce within individual businesses will have longer-term benefits to the extent that reduced turnover will boost productivity and reduce the demands in terms of wage pressures.”

One sector that stands to benefit from a cooling labour market is residential building construction.

CommSec’s quarterly state and territory performance report this week found the number of housing finance commitments in WA was 10 per cent above the decade-average level and 16.5 per cent higher than a year ago.

ABN Group managing director Dale Alcock said the industry had struggled to retain an adequate supply of contractors amid the lure of high-paying jobs in the resources sector.

“In the last three or four years where we’ve had lesser activity, a lot of those contractors that would otherwise be working on our sites have found their way into the resources industry,” Mr Alcock told Business News.

The group has forecast a 15 to 20 per cent increase in housing starts for 2013-14 on the back of strong sales activity in recent months.

Mr Alcock said despite a tough financial year, ABN Group’s management had endeavoured to resist offloading staff in the knowledge that the market could change at any moment.

“The housing market is very cyclical and what we don’t want to do is to simply tighten up and offload people and then find that the market gets more active and we can’t find people,” he said.

Wesfarmers managing director Richard Goyder said while the economy was slowing, it was coming off a “breakneck speed”.

“It’s still a challenging market but it’s not running at the temperature it was, I think, at the moment.”

The biggest retention difficulties have been in Wesfarmers’ industrial businesses, such as its WA-based chemicals, energy and fertiliser division.

While the retail side of the labour market has been less affected by the lure of the mining boom, Mr Goyder said Wesfarmers had made a concerted effort to retain employees for the long run.

He cited Kmart boss Guy Russo, who started his working life “flipping hamburgers at McDonalds”, as a positive example for young retail workers with ambition.

“One of the great things about retail is you’re seeing people in senior roles in Australia who started their working life as a 15 or 16 year old,” Mr Goyder said.

“Retail provides great opportunities for people who’ve got a first-class tertiary education but also people who are prepared to work really hard on the shop floor and in the supply chains, and we’re working helping them develop themselves.”

In the health care sector, which has been almost constantly plagued by staff shortages, some big players have taken creative steps to attract and retain staff.

St John of God Health Care plans to set up an overseas recruitment office at the new Midland Health Campus when it opens in 2015 in order to boost its nursing stocks.

Its main private rival, Ramsay Health Care, has similarly invested in internal and external training programs for staff in a bid to combat nursing shortages.