WA continues to experience falls in available jobs for engineers, prompting many to take up chartered qualifications. 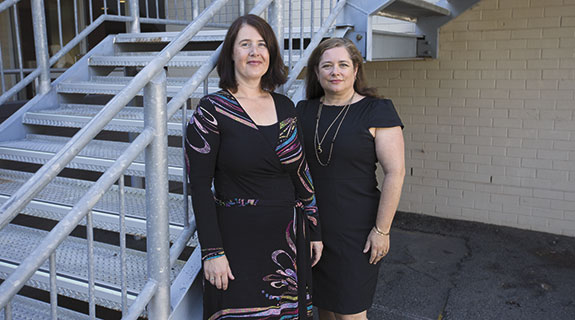 WA continues to experience falls in available jobs for engineers, prompting many to take up chartered qualifications.

Unemployed engineers are being encouraged to pursue the industry’s highest level of professional accreditation to boost their job prospects.

In an acknowledgement of the dearth of engineering jobs amid a fading mining construction boom, Engineers Australia has launched a marketing campaign spruiking the benefits of attaining chartered status, an international accreditation best known for its use in the accounting sector.

While the exact number of unemployed engineers in Western Australia is unclear, job vacancies for engineers in the state have fallen 44.7 per cent over the past two years, according to the latest EA figures.

This marks the biggest fall anywhere in Australia, with mechanical and electrical engineers hit the hardest.

EA’s WA branch has doubled its membership in the past 15 years and is also experiencing an increased interest from members seeking to gain chartered qualifications.

The WA branch has the nation’s fastest-growing membership, currently at 15,000, with 3,600 of these chartered.

“We’ve actually seen a surge in people wanting to be chartered. Not only new engineers, but engineers with 10, 15 years’ experience who are now looking for a point of difference or edge they can put on their CV,” she said.

Preparing for the accreditation, which tests 16 competencies, can take anywhere from a few weeks to a year, depending on what level of experience and skill the engineers have and how much time they devote to study.

EA national business development manager Alexandra Sparvell said that, at $1,600, the cost for engineers to become chartered was significantly cheaper than other industries.

According to Chartered Accountants Australia and New Zealand, accountants are charged $6,125 to complete their sector’s chartered program, which includes three years of mentored employment and is part of a graduate diploma.

In recognition that many engineers are seeking to become chartered to improve their chances of finding employment, EA is offering discounts for those currently out of work.

Despite concerns from some that universities are continuing to produce engineering graduates at a time when they have little hope of finding jobs, Ms Kreemer Pickford said it was integral that WA universities and companies kept the pipeline open.

Her colleague, professional standards registrar Glen Crawley, said many engineers were worried that there could be a repeat of what happened in the early 1990s when a global recession caused students to forgo engineering and companies to abandon graduates, leading to a generational gap that was still noticeable in the industry today.

While some companies have scaled back graduate programs, the Chamber of Commerce and Industry of WA recently announced a program in collaboration with EA and Horizon Power to give participating graduates exposure to the power sector and to develop skills.

Ms Kreemer Pickford said the initiative was an important part of nurturing the next generation.

She said engineers across every stage of their career were concerned about the future legacy of the industry.

“They are worried about the pipeline of work,” she said.

“A lot of our engineers acknowledge they’ve had a good career and accept the peaks and troughs of the industry but they are genuinely worried about our next generation of engineers and they’re really feeling the pain of the latest graduates.

Ms Kreemer Pickford said engineers who were out of work were resorting to a range of options, including moving, reskilling, and trying new professions.

“Engineers who’ve worked exclusively in the mining industry or who have had very specialised jobs in oil and gas where there’s been a downturn, are finding it’s harder for them to transfer their skills into other areas,” she said.