Woodside Petroleum has warned it would need to ramp down production at the Burrup Hub in the mid 2020s if the state government does not land on an emissions policy that would support the company’s $46 billion of backfill projects. 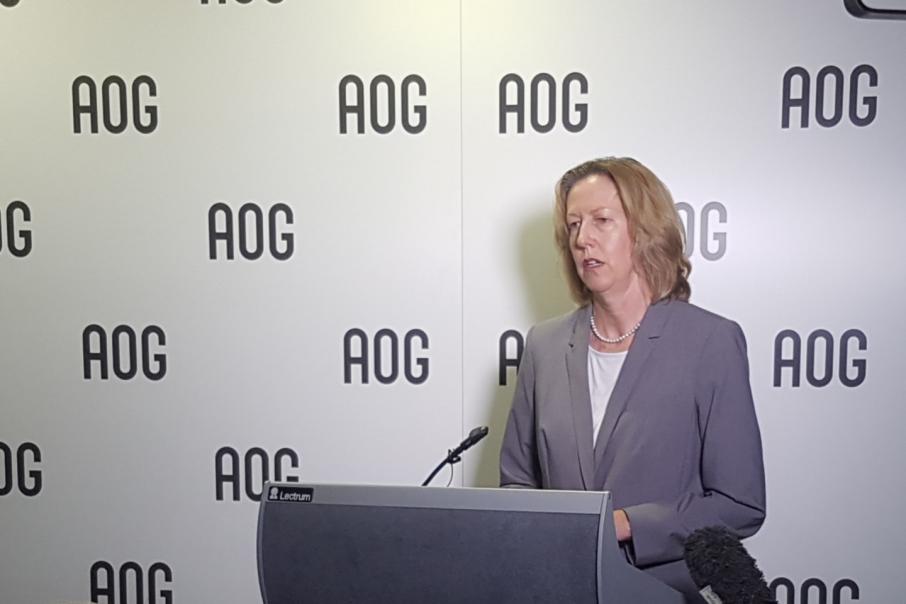 Meg O'Neill says Woodside wants to make decisions on its projects in a rapid time frame.

Woodside Petroleum has warned it would need to ramp down production at the Burrup Hub in the mid 2020s if the state government does not land on an emissions policy that would support the company’s $46 billion of backfill projects.

Although the state government rejected a new net zero emission guideline released by the Environmental Protection Authority last week, Woodside Petroleum chief operating officer Meg O’Neill has said there was still uncertainty as to what position the state would ultimately take.

In the interim, that uncertainty risks derailing a tight timeframe for a decision on the Scarborough, Pluto train two and Browse projects, Ms O’Neill said at the Australasian Oil & Gas Conference and Exhibition today.

Browse in particular is needed to ensure capacity is maximised at the North West Shelf Venture’s five train Karratha plant.

Woodside plans to make final investment decisions on the projects next year, with engineering work already under way.

“We are concerned that the state government hasn’t said what they will do instead,” Ms O’Neill said.

“Every decision is subject to the minister.”

She said the state government’s proposed timeframe of 12 months to formulate a policy was too long, and it needed to be clear how it would deal with submissions in the meantime.

“The biggest (problem) is that it's now created a question for us,” Ms O’Neill told the conference.

An example was that most of Browse and all of the Scarborough fields were in Commonwealth waters and might fall outside the scope, while the NWSV and Pluto facilities at Burrup Peninsula were within the state’s jurisdiction.

Woodside’s legal team was still ironing out what the implications might be, Ms O’Neill said.

“We're in a very fast timeline, and any uncertainty creates risk,” she said.

Ms O’Neill said despite Woodside's modelling factoring in that a carbon price would be imposed at some point in the future, an immediate transition to a carbon neutral policy would be excessive.

She said there would be 5,000 construction jobs between the Browse, Scarborough and Pluto projects, with 2,000 ongoing roles to follow.

“We understand (Browse) is a high CO2 emission project,” he said.

“This is primarily due to the relatively high CO2 content of the Browse gas, combined with the CO2 generated from the legacy NWSV liquefaction plants.

“The partners will need to agree with the state government on how this CO2 is managed.

“We also see the CO2 profile as a concern for some partners who have global company CO2 targets to meet, which could delay progress of the project or result in possible merger and acquisition (activity).

“The Scarborough field on the other hand is low in CO2 content and as such does not have the same CO2 profile as the Browse project.

“However, the gas will need to be compressed and piped 430 kilometres back to shore, which increases the project's carbon footprint.

“The state government is supportive of this project and we do not expect the EPA recommendations to impact the project progressing forward.”

It was reported this morning that the decision by the EPA to include a net zero emission target in its guidelines will be enough to cause ongoing court challenges for projects, as was the case with the Adani coal mine in Queensland.

Mines and Petroleum Minister Bill Johnston hosed down the concerns today during his speech at AOG.

“We will not adopt a policy that threatens jobs,” Mr Johnston said.

He said his legal advice was that the EPA’s guidelines would not open up projects to ongoing court challenges, because the EPA legislation operated differently in WA than that of the relevant bodies in other states.

“Proponents also have a responsibility to identify how they can address emissions, and I know they take this seriously,” Mr Johnston said.

“The federal government also has a responsibility to deliver a consistent national approach.”

Responding to protestors who took the stage demanding action on climate change before his speech, he said it was important to balance emissions reduction considerations with the need for people in developing markets to generate economic growth.

“The people of India have a right to grow their energy use,” Mr Johnston said.

“The Western world has spent hundreds of years transferring energy into a higher standard of living.

“It's a bit unfair (to expect) Western people to not be part of that energy growth for countries to our north.

“There's no question that we need to deal with climate change … (but) the idea that we can just abandon neighbours to our north is wrong.” 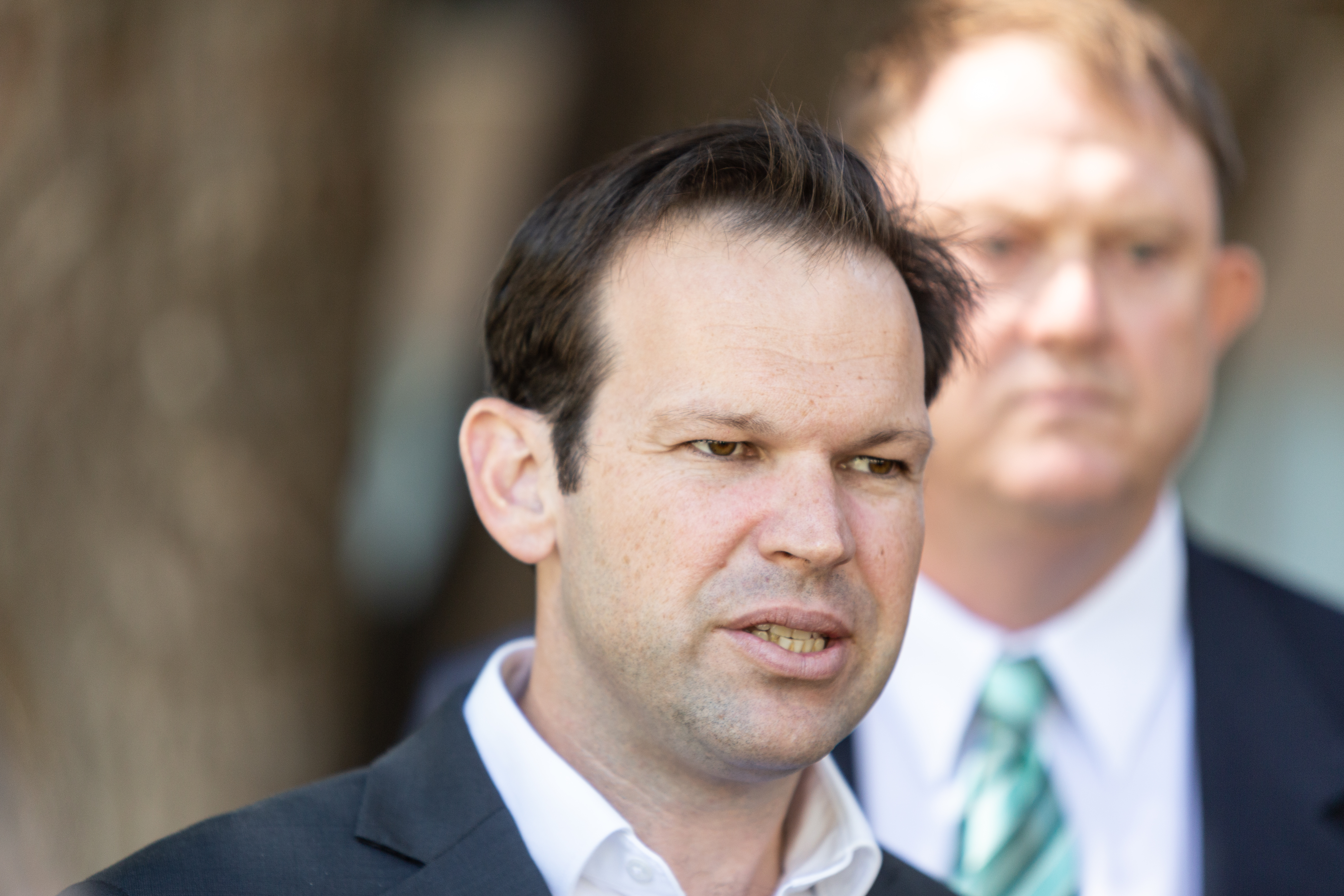 "The West Australian oil and gas sector is a way of helping reduce carbon emissions around the world," Mr Canavan said.

"The energy that comes from this state, when it is used overseas, helps displace higher carbon intensive forms of energy and that helps the world reduce its carbon emissions.

"And at a time when we're competing against particularly American gas coming from the Gulf of Mexico, it is the wrong time to impose these new requirements on a sector that can contribute to greater job growth, greater prosperity here in this state.

"What we need now is for the WA government to rule this out in all forms possible.

"I do welcome- the WA government has said they don't want to proceed with this, but that's been all talk at this stage - we need something on paper.

"We need them to rule it out in a more definitive way to make sure we can continue to have the confidence to attract major investment, particularly from overseas.

"Investors need that certainty - these are long term investments - and the least the WA government could do would be to give them strong commitments."