The current conditions for iron ore and LNG might be as good as it gets for a while, if international trends continue. 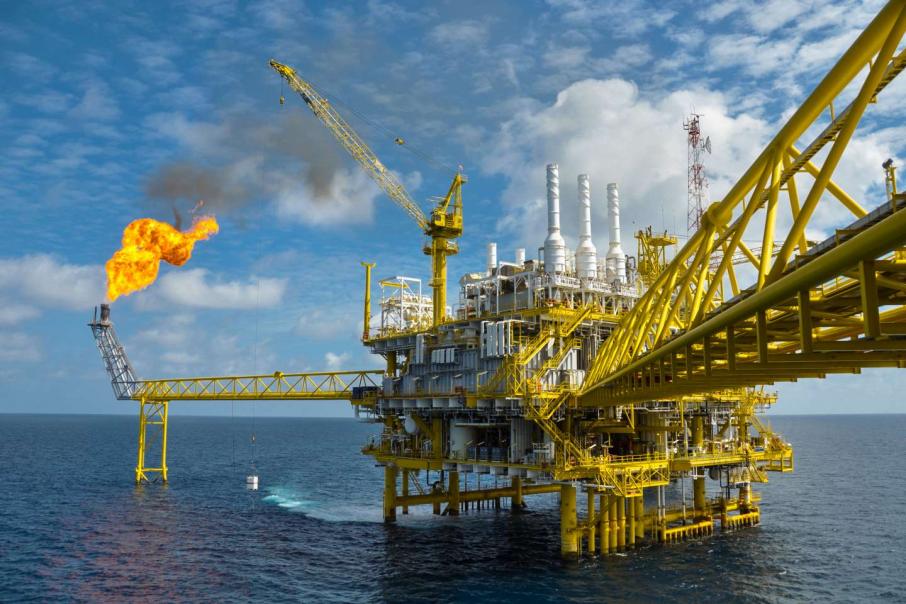 LNG has been hit by the collapse in the price of oil. Photo: Stockphoto

The remarkably healthy state of Western Australia’s economy will feature heavily in the state government’s campaign ahead of next year’s election.

However, what will be left unsaid is that this positive outcome is largely the result of good luck, or that the luck can easily change.

The iron ore industry has powered WA to the top of the states’ leader board thanks to two international events, a bit of good mine management, and a geological endowment laid down a few billion years ago.

The net result is a near-record iron ore price of more than $US140 a tonne: an increase of 75 per cent over the past 12 months achieved without the government or local miners having to do anything other than bank the cheques and tell everyone how clever they’ve been.

But there is another side to commodity markets no-one in the state government is talking about and that’s the troubled business of liquefying natural gas, which is exported as LNG.

Rather than enjoying boom conditions like iron ore, LNG has been hit by the collapse in the price of oil; and while not totally exposed to oil, most LNG is sold in contracts based on the oil price.

So, while the iron ore boom has helped the government report a handy budget surplus just as other states have their credit ratings downgraded, another WA industry is edging closer to a crisis that could force some LNG processing facilities to close earlier than expected unless conditions improve.

Iron ore and LNG are the two faces of the commodity sector, which can boom when prices are high and crash when they turn down.

For WA, the Australian LNG pioneer, there is the potential for insult to be added to injury as the local oil and gas champion, Woodside Petroleum, edges closer to ceding its leadership position to Adelaide-based Santos, just as it embarks on a search for a new chief executive to replace the long-serving Peter Coleman.

First, however, the good news, because that’s what the government wants to talk about (even if everyone knows that once you reach a record high there is only one way to go in the future).

Iron ore’s sky-high price could last a little longer, and the government is certainly hoping that’s the case, but the two forces that created the boom will soon be working the other way.

Brazil is steadily restoring its iron ore exports and China is moving towards an interesting point in its economic evolution with the production of large amounts of scrap steel.

Brazil’s return will be first to affect the iron ore price, perhaps driving it back to around $US100/t in the first half of next year.

After that comes the effect of increased use of domestically generated scrap in the Chinese steel industry, which currently relies on waste material for around 20 per cent of its feedstock.

That share is expected to eventually reach 30 per cent, as is the case in other advanced economies.

The combination of rising production, increased scrap availability and new iron ore mines in Africa, such as the Simandou project in Guinea, could depress the price into the $US70/t range, where it was at this time last year, and perhaps a lot lower.

LNG faces a similar problem of rising production in countries with significantly lower cost structures than WA’s projects, including Russia, Qatar and the US, while the other side of the pincer is squeezing demand as the world migrates from fossil fuels to renewables.

WA has benefitted handsomely from its LNG industry but is struggling to compete in a world awash in cheap energy, with increasingly onerous environmental protection laws and missed opportunities also problematic.

If not for ill-considered objections, the giant Browse LNG project might be in production today.

But with so much standing in the way, Browse is shaping as a project that might never happen because it is too remote and too dirty (high carbon dioxide content).

Woodside’s plan to integrate gas from Browse into the North West Shelf has been stymied by the CO2 content, the need for a 900-kilometre submarine pipeline, and a consortium of misaligned joint venture partners who probably couldn’t agree on the time.

Plans by Woodside to expand LNG production have been repeatedly changed, and while the latest is to develop the Scarborough field as a source of raw material for the Pluto project, there is no guarantee this will happen.

Investment banks have not lost faith in Woodside, but they have certainly started to switch their attention to Santos. A few recent and telling comments highlight the challenge the next chief executive will face at Woodside, including:

• stockbroking firm Morgans telling clients Santos is outpacing its peers (Woodside and Oil Search) and would emerge as Australia’s biggest listed oil and gas producer; and

• international investment bank Citi rating Santos as the top Australian oil and gas company, partly because of management’s track record in delivering a consistent strategy since 2016, unlike its peers, which have not been consistent (a clear swipe at Woodside).

As 2021 nears, WA can be thankful for its remarkably successful iron ore industry, but a reality check will show that it had very little to do with management or government decisions, apart from a well-executed COVID-19 prevention plan.

Next year will be quite different, with the iron ore price likely to slump and LNG expansion plans shifted further into the future, meaning that 2020 might actually have been the boom year in the current commodity price cycle and right now is as good as it gets.

A bet each way on Qantas KNOWING which way markets might move is not confined to the commodity sector, as the investment world struggles to find accurate values for companies hit by the COVID-19 pandemic but now on the cusp of recovery.

The best example of widely differing views is Qantas, which was forced to mothball its international operations and is only now rebuilding its domestic business.

Investment bank UBS reckons Qantas is doing a great recovery job, tipping it as a stock to buy with a price target of $6.20, 14 per cent above recent sales at $5.44 and a country mile above the March low of $2.03.

Credit Suisse, on the other hand, is unimpressed with the airline, tipping it as a ‘sell’ with a price target of $3, largely because of increased competition in the domestic market.

One thing is certain in those views. They both can’t be right.