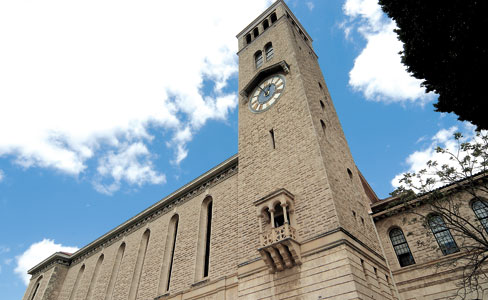 The University of Western Australia has again rec­­eived the lion’s share of research funding allocated to WA universities by the Australian Research Council, claiming the seventh-highest allocation of funds at a national level.

WA received $28 million of the total $360 million in ARC funding, with grants distributed to 79 local projects.

UWA’s funding will go towards projects as diverse as road safety, gas hydrate management and the fertility of honeybees.

More than $4 million of its funding has been allocated to early career researchers.

UWA vice-chancellor Paul Johnson welcomed the funding, saying that UWA had set itself the goal of being recognised in the top 50 universities in the world by 2050.

“The University of Western Australia is internationally recognised for the quality of its research and we are pleased to continue this tradition,” Professor Johnson said.

Group of 8 universities dominated the allocations, receiving a combined total of $256 million or more than two-thirds of total funding.

The University of Queensland received the largest amount of total funding, taking out more than $40 million in grants.

The federal government’s Australia in the ‘Asian Century’ white paper last month set the ambitious target of ten Australian universities being listed in the prestigious Shanghai top 100 rankings by 2025.

The latest round of funding grants comes shortly after $1 billion in research funding cuts were listed in the mid-year budget.

Federal Minister for Science and Research Chris Evans said the Gillard government was committed to investing in research that will benefit all Australians.

“From 2010 to 2015, we will invest $58.9 billion in core university funding – that’s $30.1 billion in additional funding for universities – more than double the level of funding on the previous four years under John Howard,” Senator Evans said.