The University of Western Australia has recruited BHP Billiton executive Peter Lilly to head up its ambitious ‘engineering zone’ project, which comes with a likely cost of $250 million. 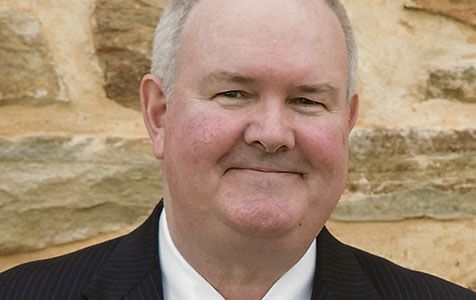 The University of Western Australia has recruited BHP Billiton executive Peter Lilly to head up its ambitious ‘engineering zone’ project, which comes with a likely cost of $250 million.

The E-zone project involves the construction of new buildings and infrastructure to support what the university hopes will be a major shift in the way it operates and interacts with industry.

“It’s a very broad project, it’s much more than just the infrastructure,” said Winthrop Professor John Dell, dean of the Faculty of Engineering, Computing and Mathematics.

Professor Dell said the university was keen to foster a more dynamic approach to teaching, research and linking with industry, with a focus on collaborative teams coming together.

“It’s a cultural change and to facilitate that we need new infrastructure,” he said.

“The buildings mean nothing unless we change how we work.”

The task of bringing together the multi-disciplinary E-zone project has been handed to Dr Lilly, who is currently senior manager research and development at BHP Billiton and will take up his new role in April.

“Dr Lilly’s academic and professional interests are also in mining and geotechnical engineering, which provide an additional benefit to our faculty,” Professor Dell said.

Dr Lilly’s brief includes fund raising for the E-zone, with the first major contribution coming last December, when his current employer, BHP Billiton, announced it was donating $17 million to the university, $12 million of which was earmarked for the E-zone.

The E-zone plan is built around three locations – UWA’s Crawley campus, its Shenton Park land, and Technology Park in Bentley.

Professor Dell said it was most likely the university would replace its current engineering buildings at Crawley with new facilities that supported more collaborative teaching and research.

At Shenton Park, the university is aiming to build on the success of its O-tube test facility, which has been used in recent years to model the behaviour of offshore pipelines on the seabed.

“It will probably lead to a change in the design standards used in the industry.”

The third hub at Technology Park is already the base for the Australian Resources Research Centre, which brings together a number of university and industry collaborations.

These include the WA Energy Research Alliance, which Professor Dell insisted has been a success despite its failure to secure a second-round of government funding.

“There is a lot that has come out of WA:ERA,” he said.

Professor Dell cited the Centre for Exploration Targeting as another successful collaboration.

He said the university was keen to engage with smaller companies as well as the big end of town.

The E-zone is one of the main priorities under the university’s $400 million New Century fundraising campaign.