The University of Western Australia is one of seven Australian institutions to be listed in the latest QS World University Rankings top 100. 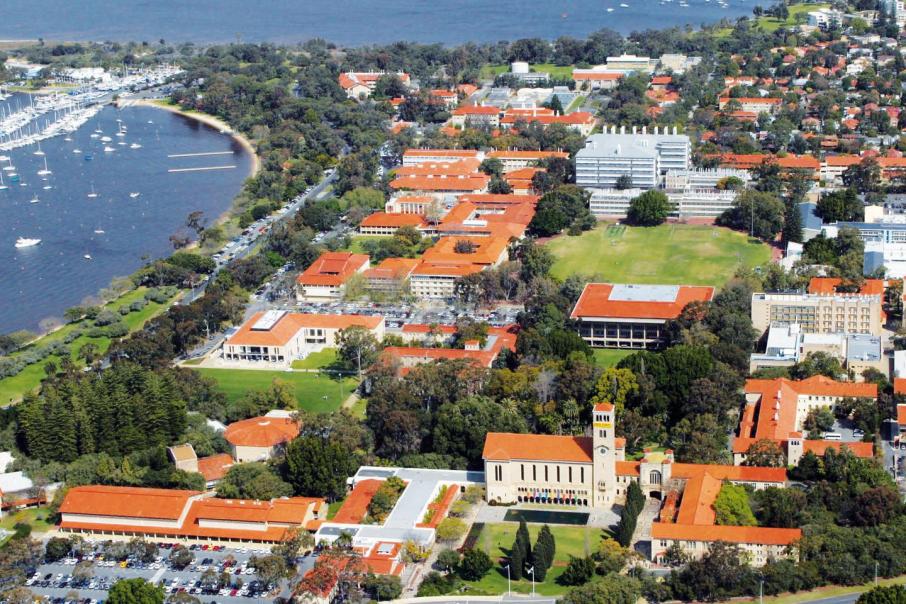 UWA has climbed nine places since last year’s rankings to 93 out of almost 26,000 universities worldwide.

The University of Western Australia is one of seven Australian institutions to be listed in the latest QS World University Rankings top 100.

The annual ranking of universities is based on six key indicators, including academic and employer reputation, international representation of both students and faculty members, as well as research impact, where 75 million citations from more than 12 million papers were analysed.

It is UWA’s best ranking in the QS World University list for the past five years; UWA received a perfect score for its performance at the international level, represented by the institution’s high proportion of international students and faculty members.

The ranking places UWA in the top 1 per cent of almost 26,000 universities in the world.

UWA vice-chancellor Dawn Freshwater said the results demonstrated the hard work of staff, students and researchers, and that the ranking would further cement the university’s standing as a world leader.

“All Western Australians can take pride in this achievement and share in the excitement that their university is regarded as one of the best in the world,” Professor Freshwater said.

“This is testament that we are making a positive difference by educating the minds of the future, using research and innovation to help solve the problems the world faces, and supporting our communities through arts, culture and engagement.”

Outside the top 100, Curtin University climbed 18 places to 262 on the QS World University Rankings, placing it 15th nationally, which is one spot higher than 2016.

The latest QS ranking results showed Curtin’s performance improved significantly in ‘academic and employer reputation’ this year, with a 26 per cent increase in scores for both measures.

Curtin has also maintained a perfect score for ‘international faculty’ each year since 2013.