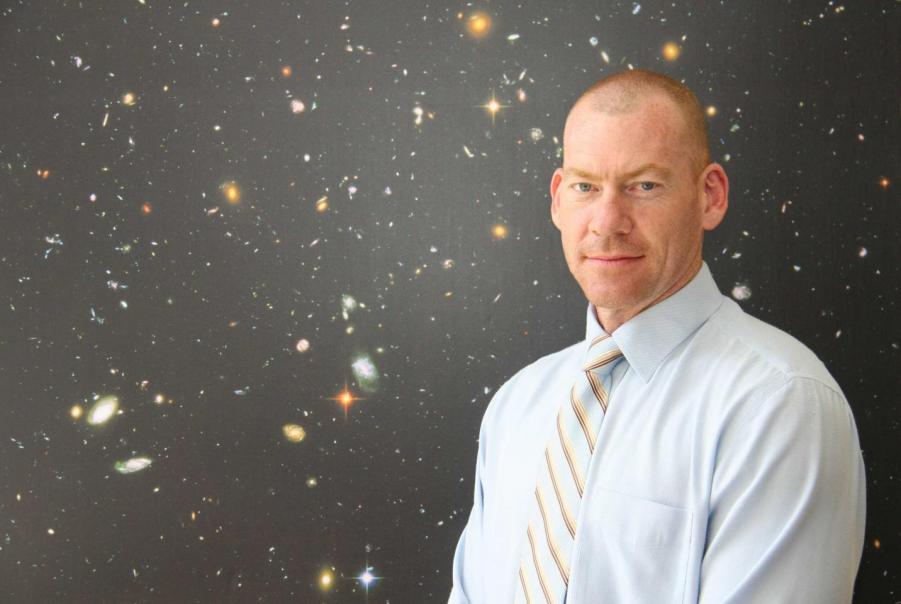 Steven Tingay was one of two researchers to be named WA's Scientist of the Year.

An internationally renowned radio astronomer and a pioneer in epigenomics were jointly named WA's Scientist of the Year at last night’s Premier's Science Awards.

The award and its $50,000 prize were shared by Harry Perkins Institute professor Ryan Lister and Curtin University professor Steven Tingay.

The awards recognise and celebrate outstanding scientific research and engagement by scientists across Western Australia.

Professor Lister won for his work generating the first comprehensive maps of the human epigenome, having invented a series of tools that allow scientists to control gene expression through editing chemical tags on human genomes.

These major advances in knowledge underpin future improvements to human health and agriculture, with his discoveries already being used in dozens of patents in diverse fields that include prenatal testing, cancer detection and regenerative medicine technologies.

Professor Tingay is the director of the Murchison Widefield Array radio telescope, a crucial part of WA’s bid to host the planned Square Kilometre Array.

The Square Kilometre Array will be the world’s largest radio telescope upon completion and is estimated to cost $1.4 billion to build.

Since mid-2013, the Murchison Widefield Array has been involved in several major discoveries, including the detection of the largest known eruption in the universe since the Big Bang.

“Professor Tingay has made a significant contribution to the field of astronomy and astrophysics throughout his distinguished career and has become an inspiring mentor for both his peers and students,” Professor Cordery said.

“Being recognised as the joint scientist of the year is testament to his high-quality research and outstanding leadership.”

Premier Mark McGowan said science had tackled some of the biggest challenges during COVID-19 and had shone a light on the importance of science, technology and mathematics to the entire community.

“I am pleased of the achievements of all the winners of the 2020 Premier's Science Awards - you have made an incredible contribution, not only to science in WA, but in many cases, across the globe,” Mr McGowan said.

“This year's award winners represent a wide cross-section of the science world and should stand as a reminder that achievements in STEM are not only for those with years of experience.

“Whether your passion is fighting cancer, combating climate change or unlocking the secrets of the universe, I encourage everyone to use these awards as inspiration, and consider a career in STEM to help drive WA's technological future.

"The WA science community is world leading, and the breakthroughs of these award-winning scientists not only help raise the profile of their universities and Western Australia, they help build a brighter future for us all,” he said.

“At a time when COVID-19 has highlighted the value of science, technology, engineering, and mathematics, this year's Premier's Science Award winners demonstrate the diverse talent in WA's science community.”