US powers ahead of stalled Europe

The world’s biggest economy is capitalising on cheaper energy and labour costs. 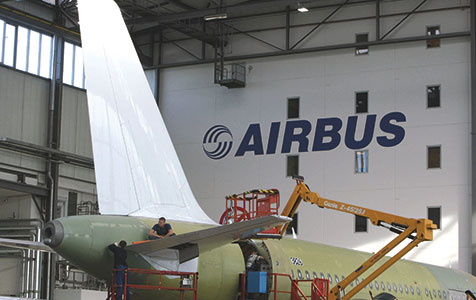 The world’s biggest economy is capitalising on cheaper energy and labour costs.

Forget the World Cup soccer tournament in Brazil, there is a much more interesting competition under way on either side of the North Atlantic, where the great economic forces of capitalism and socialism are butting heads on a playing field called power prices.

On one side of the game is Europe, where socialist tendencies still rule as the region tries, and fails, to behave as a single country, where left-leaning views have found a home in Greens politics, and where a new form of migration has started – not of people coming in, but of industry going out.

On the other, is the US where a country, which is either loved, or hated, but never ignored, is reinventing itself in a spectacular and brutally hard-headed capitalist way. It is slashing labour costs and using a new way to provide cheap power, which is acting as an industrial magnet.

A series of recent events highlights the differences between Europe and the US, with there being no doubt the winner will be the US and its close relation, Canada, because they represent a region able to offer cheap power, low-cost, high-skilled labour, with the bonus of not having a civil war next door.

• A study of global industrial power prices using data from the International Energy Agency with most European countries in the top half and Canada and the US near the bottom, beaten only by Norway with its abundant supplies of hydroelectricity and gas.

• A report from the Organisation for Economic Cooperation and Development (OECD), which expects the US economy to expand by 2.5 per cent this year and 3.5 per cent next year – at least double what’s expected in Europe, apart from Britain, which is steaming along thanks to its adoption of free market policies that contrast dramatically with those in the rest of Europe.

• A bitter blow to Europe’s cooperative aircraft manufacturer, Airbus, which suffered the cancellation of a 70-plane order valued at $21 billion by Dubai-based Emirates Airline, which had first placed to order for the next generation of aircraft, the A350, in 2007. Over the past seven years European products have become less appealing.

• A decision by BMW to spend $US1 billion on its South Carolina factory, which will turn the US plant into the German company’s biggest single car-making facility.

• A strike by taxi drivers across Europe who object to Uber, the internet-based private car rental system, because the taxi drivers fear the introduction of a new form of competition.

Taken separately, each one of these developments is interesting.

Taken together and a picture emerges of one side of the Atlantic chasing a cheap energy future based on the re-invention of the oil and gas industry while also embracing the new technologies being unleashed by the internet, while the other side is bogged in history.

For Europe, where I have been visiting for the past two weeks, there is an ominous outlook caused by rigid labour laws and a reluctance to adapt new technologies despite their obvious cost-cutting capacity, with two other forces looming large in the background; the war in Ukraine, which is destabilising the eastern part of the region, and intense competition from Asia for manufactured goods.

China is the bogeyman today for European industry and its struggle with inflexible labour laws and high-energy costs. India could double the pain, if it is able to shake off its own problems with government regulations.

What’s interesting to an outside observer is that so much of what’s happening comes down to a single factor, the price of power, particularly the price paid by job-creating industrial customers.

Electricity is one of the world’s truly common factors because it is used in virtually all forms of business and personal life. It is an essential ingredient, which affects the cost of most goods and services.

In Europe today, electricity prices are high and rising as the region struggles to master an anti-nuclear and anti-coal campaign in the hope that wind and solar will save the future.

In the US there is a drive to master those new power-generating technologies while also embracing a half-way house on the road to a less polluting future. It is a clear winner, and getting further ahead by the day.

New Zealand hardly rates in the global economy in terms of size but it certainly plays above its weight in sport and, more recently, in the struggle to strike a price on the cost of money – interest rates.

Last week’s announcement by the New Zealand central bank that it was ratcheting up official interest rates by 0.25 per cent to 3.25 per cent, and might lift them further if a modest outbreak of inflation gets worse, is being seen as the first shot across the bows of a worldwide property boom.

While there are local reasons for the New Zealand action, including a rebuilding boom in earthquake-damaged Christchurch, other central banks are starting to think closely about their economies.

Europe is definitely not among the regions considering a rate rise, simply because it is performing so badly. Rather than rise, European rates are still falling thanks to fear of an outbreak of reverse inflation – deflation.

In Britain, it’s different, as it might become different in the US next year, with talk of interest rate rises creeping into official comments.

Just as the New Zealand central bank was lifting rates the Bank of England was warning that a rate rise was around the corner.

Mark Carney, the Canadian running the Bank of England, told a dinner in London that a rates rise “could happen sooner than markets currently expect”.

Australian investors, and anyone with a property mortgage, would be wise to note the warnings flowing out of New Zealand the UK.

A final word on the US energy boom which is setting it apart from Europe, are the preparations being made for the time when US oil and gas hits the world market via a surge in exports, which can be tested today by a rush to build oil tankers and LNG carriers, the highest level in years.

In 2011, only three very large crude carriers (VLCCs) were ordered. Last year, 47 were ordered and, in the first three months of this year, orders were placed for 18 VLCCs.

Our years, our debts, and our enemies are always more numerous than we imagine Charles Nodier