OPINION: Australia is seeking to find a delicate balance in terms of trade with a major customer, China, and its strategic alliance with the US. 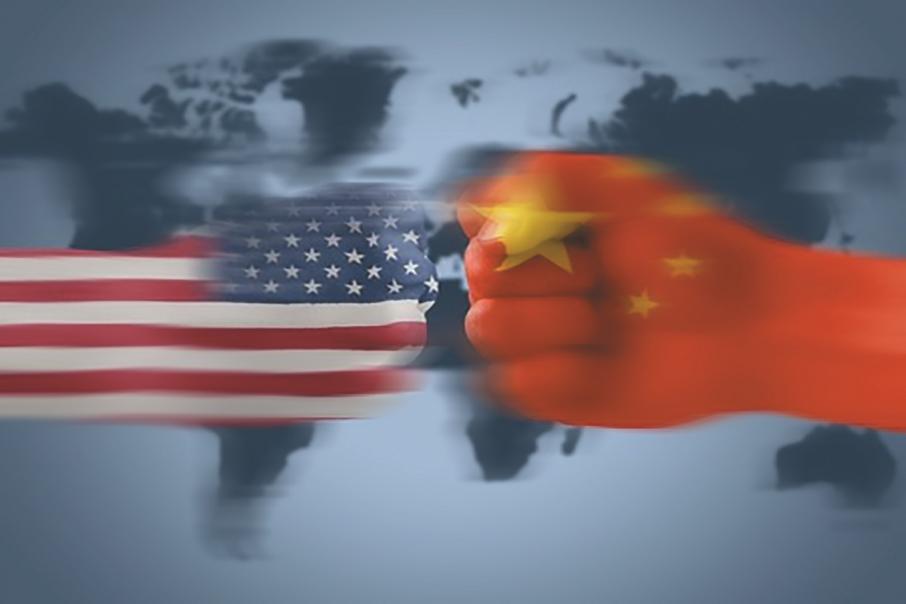 The US has its own agenda in terms of Australia’s trade relationship with China. Photo: Stockphoto

OPINION: Australia is seeking to find a delicate balance in terms of trade with a major customer, China, and its strategic alliance with the US.

In theory, the rare earth industry is perfect for an Australia-US joint venture. In reality, however, it could be more trouble than it’s worth.

Interest in rare earths, an odd family of 17 elements, has been growing over the past few years for multiple reasons, not least being their use in advanced technologies and the dominant position of China, which has previously ‘weaponised’ its leadership in rare earths by limiting exports to countries it dislikes.

Western Australia’s role in prising loose China’s grip on a business that provides critical material for electric engines and missile guidance systems has been a headline generator over the past few years.

This came firstly thanks to the success of Lynas Corporation as the only major producer outside China, and then because of a failed takeover bid by Wesfarmers for Lynas.

Recent events in Canberra and Washington have elevated WA’s position as the state most likely to bust Chinese control of rare earth production, and potentially of other elements deemed to be critical to a range of manufacturing industries.

A visit by the US Commerce Secretary Wilbur Ross raised the stakes, with Australia falling into line with a US plan to devise a joint strategy to improve the security and supply of important raw materials.

The Lynas mine of Mt Weld is a centrepiece of the strategy because it can be easily expanded, with its material diverted to new processing facilities in the US rather than going via Malaysia to China, where it is turned into products such as the permanent magnets essential in every electric motor.

If a joint venture between the US and Australia were a straight forward business proposition it need not ruffle feathers in China, which has jealously guarded its dominant position in rare earths.

Unfortunately nothing to do with China is ever a simple business arrangement. And while the US might once have been an easy country to understand and work with constructively, that might no longer be the case.

Politics dominates everything in both China and the US these days and it doesn’t take much to cause offence to either, triggering threats of retribution.

For example while China is currently limiting imports of Australian coal, Fortescue Metals Group chief executive Elizabeth Gaines warned last week that China could look elsewhere for supplies of iron ore if Australia neglected its relationship with its most important trading partner.

Mr Ross, who visited Canberra in early October to discuss the mechanics of a US-Australia Joint Action Plan, is not interested solely in the production of rare earths, or any other commodity.

What the Americans really want is to inject themselves into the strong and growing business relationship between Australia and China to achieve two aims – firstly, to secure access to important raw materials produced in Australia, and secondly, to limit supplies of the same materials making their way to China.

Unless the issue is handled with extreme delicacy, Australia risks becoming the meat in a China/US sandwich, and while that unpleasant possibility has been lurking in the background for some time, it could come to a head over rare earths and that aggressively named Joint Action Plan being hatched by Mr Ross and Australia’s resources minister, Matt Canavan.

Where the rare earth situation becomes especially delicate is when China reaches peak local production and has to start importing raw material, a twist in the situation that might be a lot closer than is widely recognised.

The question for the producers of Australian rare earths (and other critical elements) is balancing the requirements of China and the US without getting drawn into their increasingly acrimonious disputes.

In its simplest form the question is one of treating China, an extremely important customer for exports that are infinitely more valuable to Australia than rare earths (iron ore, LNG and wool, for example), with the respect that all customers deserve or taking a risk with the US, which is increasingly proving to be a fair-weather friend.

The peak clothing expression, which is as new to me as I’m sure it is to you, was used earlier this month in a research report by US investment bank Morgan Stanley.

What the bank’s analysts found is that, during the past 20 years, a combination of falling prices and the shift by consumers to internet shopping had led to a surge in clothing purchases (why buy one shirt when you can get two for the old price?).

All trends eventually come to an end, which is the thesis of the Morgan Stanley research, and that could be bad news for clothing retailers who have become accustomed to a continuous upward trend in demand.

“Volumes (of clothing) now seem to have peaked and prices are likely to keep falling, so clothing markets would appear to be going into structural decline,” the bank said.

Driving prices down further than they already are will be a function of clothing manufacturers shifting from once-cheap China to even cheaper locations such as Bangladesh and Vietnam, as well the effect of sewbots, which are exactly what they sound like – sewing robots.

Morgan Stanley has backed up its cautionary view of the clothing industry by putting ‘sell’ recommendations of some of the world’s biggest clothing retailers, including H&M, Inditex (Zara and other brands), GAP, Macy’s American Eagle and Abercrombie & Fitch.

Car crunch time
Falling car sales is not a unique Australian experience, with the rest of the world also seeming to be less attracted to private motor vehicles.

The latest global survey of car sales shows that 2017 was the year of ‘peak car’ when 90.3 million light vehicles were sold, a hefty increase on the 69 million of 10 years earlier.

Last year, however, the number turned down for the first time since the 2008 GFC with 89.8 million light vehicles sold in 2018. Another decline is expected this year when global sales are expected to slip to 87 million, and lower again in 2020 with a forecast of 86.6 million.

In the bank
Australians appear to be preparing for a financial winter if their treatment of tax refund cheques is a guide, because while there was a boom in refunds (31 per cent more cash went back to households than last year) most of that money has not made it into shops as refunds are banked for tougher times.