Negotiations between IT firm ASG Group and US defence giant Lockheed Martin have stopped following that latter's refusal to increase its initial proposal.

Lockheed Martin approached the information technology company in October with a conditional proposal to buy ASG at a price of $1.03 per share, though its identity was not revealed at the time.

That offer was revised down to 68 cents per share this week – an offer which ASG has rejected on the basis that it undervalued the company’s stock.

ASG yesterday said it was continuing negotiations with Lockheed, however those negotiations have now ceased after Lockheed's refusal to put a better offer on the table.

At the time of Lockheed’s October offer ASG shares were trading at 65 cents each; they’re now worth about 46 cents.

ASG says its solid recurring revenues, long term contracts, growth in cloud services and a contract renewal rate of 85 per cent over the past five years shows the Lockheed offer to be an undervaluation.

Lockheed’s operations in Australia are primarily focused on providing defence equipment and training, but it has also delved into the information technology sector; in 2010 it was named the preferred tenderer to provide computing, hardware, services and support for the Australian Tax Office.

The company has a much larger hand in the IT sector in the United States as one of the US government’s lead suppliers.

ASG said the Lockheed Martin offer was not the only proposal put forward for the Perth-based company.

ASG says it's still in negotiations with a number of other parties regarding alternative proposals.

"These discussions are continuing in various forms; however there is no guarantee that there will be a binding proposal that can be put to shareholders from any party," ASG said in a statement. 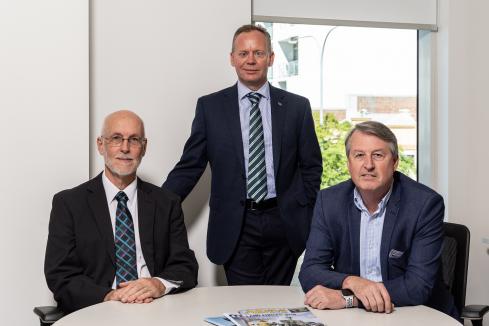