A strong performance in the United States has underpinned a 150 per cent increase in profit for shipbuilder Austal, although chief executive David Singleton has said the company’s defeat in the offshore patrol vessel bid will mean a tougher future for its Henderson shipyard. 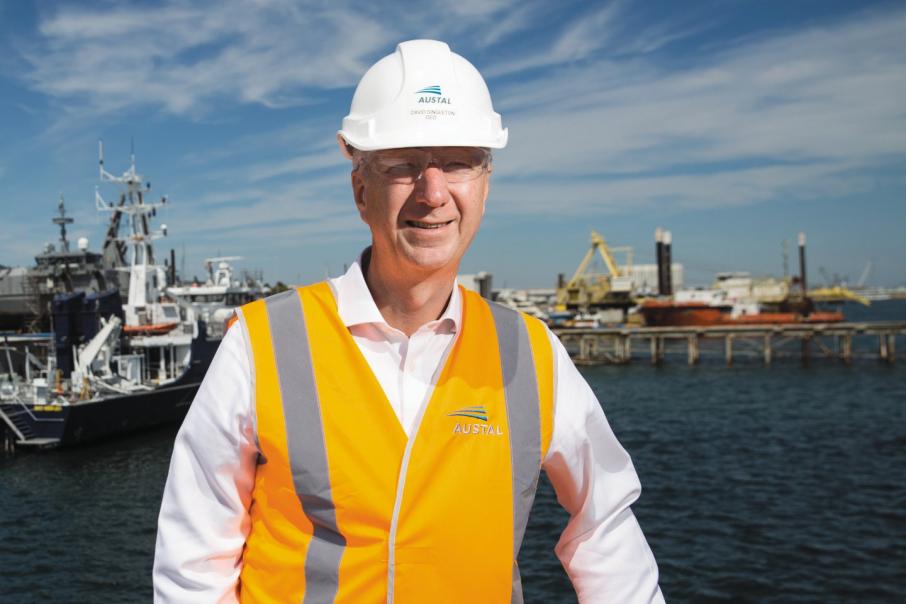 A strong performance in the US has underpinned a 150 per cent increase in profit for shipbuilder Austal, although chief executive David Singleton says the company’s defeat in the offshore patrol vessel bid will mean a tougher future for its Henderson shipyard.

Profit of $39 million in the year to June was up from $15.3 million in the previous corresponding year, while revenue grew 6.3 per cent to be $1.4 billion.

Austal’s Alabama shipyard in the US exceeded guidance, with an earnings before interest and taxation margin of 7.1 per cent.

That yard produces the littoral combat ship for the US Navy.

Austal’s other two divisions, in Australia at Henderson and Asian operations in Vietnam and the Philippines, both made Ebit losses.

For Henderson, the Ebit margin was -3.4 per cent, while in Asia it was -2.8 per cent, including start up costs for the new Vietnamese yard.

Speaking to Business News, Mr Singleton said the results in the US were tremendous, noting the shipyard was one of the most profitable operating in that country.

He said the business had achieved significant efficiency gains over time, particularly from  the commercial part of the business.

But Mr Singleton acknowledged that losing the multi billion dollar offshore patrol vessel contract to neighbouring business Civmec would put a dent in the business’s pipeline.

“Without it, it will make life much more difficult for the Henderson facility,” he said.

The Henderson yard was performing well, Mr Singleton said, but there was always uncertainty about future shipbuilding industry cycles.

Winning the OPV contract would have given the Henderson yard a decent pipeline of ten large vessels over 2020s, which he said would’ve provided more assurance about its future.

Nonetheless, there was plenty of work for Austal, Mr Singleton said, with the company recently building a new yard at Hope Valley Road, near its existing complex, for the Guardian Pacific patrol boat build.

Austal was also using technology to improve its product offering.

It acquired Electrawatch in the US for $US6.8 million in May, to make use of its advanced capabilities for aluminium testing.

The big opportunities for the technology would be in defence, he said.