While most contractors are bracing for a slowdown in WA project work, some international groups like Laing O’Rourke are bolstering their local operation. 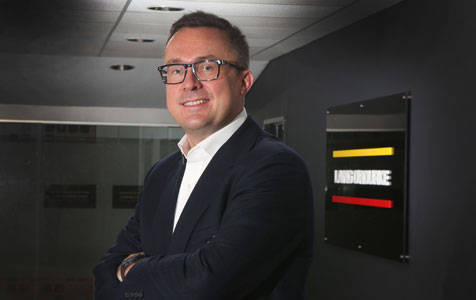 The outlook for contractors operating in the Australian market was neatly summed up earlier this year when Monadelphous Group released its profit results.

After reporting record half-year results and projecting 35 per cent revenue growth in 2012-13, the company said project delays and a slowdown in new project approvals was likely to reduce future opportunities.

“The achievement of any revenue growth (in 2013-14) will be challenging,” the company acknowledged.

It was a similar story in J.P. Morgan’s latest civil contractors’ survey, which highlighted “persistently weak expectations” for future orders.

The survey results make sense because most analysts, including J.P. Morgan, expect the peak in Australian engineering construction to occur in the next  six to 12 months.

The impending slowdown is evidenced by the cutbacks engineers like Calibre Group have been making.

But the contracting sector won’t fall off a cliff, with J.P. Morgan predicting “a modest decline in spending from the peak rather than a sharp pullback”.

Its view is predicated on government infrastructure spending offsetting most of the slowdown in mining and LNG projects.

Against this backdrop, most contractors are pushing hard to win as much work as possible before the slowdown hits.

Leighton Holdings continues to be the big winner, with its four operating subsidiaries – Leighton Contractors, Thiess, John Holland and Broad – dominating new contract awards over the past 6 months (see table).

Leighton subsidiaries have won extra work on Chevron’s Gorgon gas project and will have lead roles on the $1 billion Gateway WA roads project and the Elizabeth Quay development, to name a few.

Another competitor to pull out of the WA market was Fulton Hogan, which will continue its asphalt and road maintenance business but won’t bid for any construction work.

The New Zealand-based business had achieved some success in the local market, most notably winning a $133 million design and construct contract last year for the Bunbury Port Access Road.

The withdrawal coincides with a balance sheet review of the parent company.

Apart from the Leighton group, other Australian contractors to win large new packages this year include Monadelphous, Georgiou, Downer, NRW and Decmil.

Sydney-based Lend Lease is also stepping up its WA presence, though its subsidiaries, Abigroup and Baulderstone, have to date had only a modest impact.

While Australian contractors continue to win the lion’s share of work, international companies have made some big inroads, especially on resources projects.

UK-based Laing O’Rourke, for instance, was awarded one of its largest contracts in WA earlier this year.

It will provide about $500 million in civil and structural engineering and construction work on Chevron’s Wheatstone project, directly employing up to 700 people.

That followed the recent completion of four packages of work for Fortescue Metals Group on the Solomon iron ore project.

It is also working on the expansion of Rio Tinto’s Cape Lambert port facility and has secured a number of contracts on Gorgon.

US company CB&I Constructors is another major international contractor with long experience on Australian projects.

In 2011, it joined with Irish company Kentz to win one of the largest contracts ever awarded by any project in Australia.

Their joint venture was awarded a $2.3 billion mechanical, electrical and instrumentation package on Gorgon that will employ about 2,200 workers.

US company Kiewit is a relatively new entrant to the local market. Its wins have included a $247 million joint venture contract with Fortescue for works on the Cloudbreak iron ore development.

Laing O’Rourke regional director WA Liam Cummins said his company was making some big appointments in the local market because it remained positive about the longer-term growth prospects.

“The fundamentals of this market, in terms of demand, and the balance sheet strength of the major players, remain very strong for the medium to long term, so we are investing now for that time horizon,” he told Business News.

“I’m quite excited by what we’re doing, it’s quite brave. While other people are scaling down, we’re bringing our best talent from around the world here.”

“We think there is an opportunity, as the market shifts here, to demand a different response from contractors,” he said.

“We’re building capability in our WA business to respond to that and our expectation is that we will have a $1 billion-plus operation here. That is what our plans are predicated on.”

The group already has a substantial presence around the country, following its 2006 acquisition of Barclay Mowlem.

In the year to March 2013, the group’s Australian hub had turnover of $2.8 billion. Within that total, the western region contributed about $700 million.

“We think that gives us an advantage over other international companies that are looking at this market,” Mr Cummins said.

“The barriers to entry are still quite tough for all contractors. It’s not easy to come to WA and scale up.”

Laing O’Rourke’s strategy is based on offering a broad package of engineering and contracting services.

“We’re looking for big, complex projects that can draw on our engineering expertise,” Mr Cummins said.

An illustration of its capability was its role as program manager for the 2012 London Olympics.

“We see an opportunity here, as the market changes from being production focused to productivity focused and as the models that people have used to deliver large capital projects are challenged,” he said.

“We see an opportunity to blend our project management skills with our delivery skills and our off-site manufacturing capabilities. We believe many projects can be better delivered in a factory environment and brought to site.”

Laing O’Rourke put this approach into practice for its recent Fortescue contracts, with an overland conveyor and stockyard bins being manufactured off site.

It is not unique in its approach. John Holland adopted a similar approach for the Cape Lambert wharf contract it secured in February.

Group managing director Glenn Palin said John Holland’s track record in the delivery of large wharf projects would have been a major contributor to the award.

“In addition, the project team pulled together a smart modularisation, procurement and logistics solution by working closely with our colleagues at Leighton Asia,” he said.

Mr Cummins said Laing O’Rourke was looking to get involved in design work much earlier in each project. This was supported by its adoption of digital engineering, such as 4D modelling.

“I think the smarts we can apply to what is quite a traditional market will be a point of difference,” he claimed.

“We are committed to building our clients’ projects twice, once on computer so it can be replicated more efficiently on site.”

“It will be interesting to see, as the market hardens here, whether that is sustainable,” he said.

“I expect you will see the engineering risk shift from where it sat previously; and there will be more of an expectation that contractors like us will have the engineering enterprise in-house to be able to deliver these programs.”

“We have a big appetite to apply our rail expertise into Western Australia, so obviously we’d have a look at the Perth airport rail link and Perth light rail,” he said.

“We’ve completed some of the most complex rail engineering projects on the east coast, as well as Europe, the Middle East and Hong Kong and we are keen to bring that knowledge to use in WA.”