Duchenne UK and Australia-based Save Our Sons Duchenne Foundation have invested $620,000 in a UWA project seeking to treat Duchenne Muscular Dystrophy. 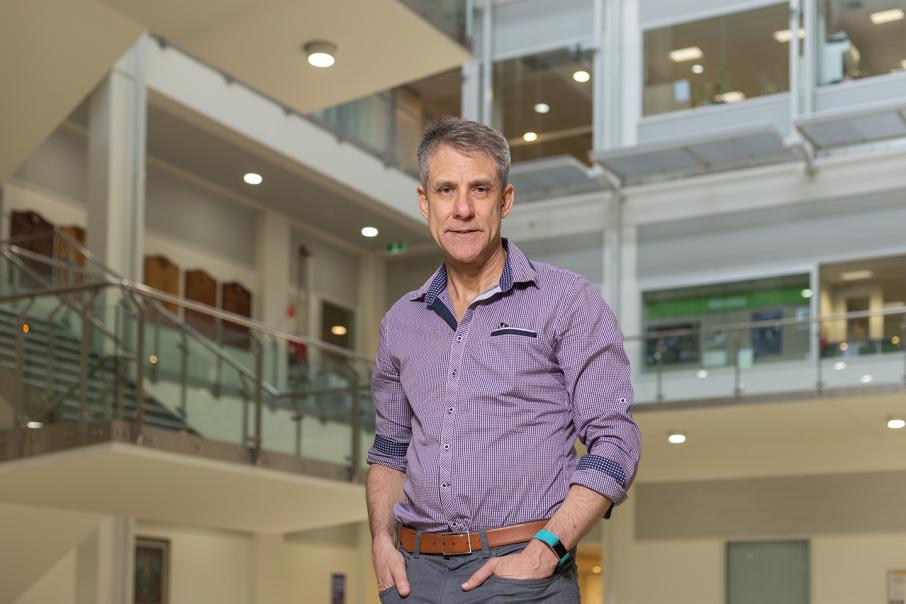 Duchenne UK and Australia-based Save Our Sons Duchenne Foundation have invested $620,000 in a UWA project seeking to treat Duchenne Muscular Dystrophy.

While not a particularly well-known condition, a recent collaboration between two not for profits – one from Australia and the other the UK – has been formed to support a Perth-based study into treatment.

Duchenne UK and Save Our Sons have provided $490,000 and $130,000 respectively to a University of Western Australia-based trial of the supplement taurine.

Project leader Peter Arthur said taurine was found in all animal tissues and sold as a health food supplement, making it both cheap and readily available.

“We had been working on taurine for a while using animal models, and it looked very promising,” Dr Arthur told Business News.

“The problem is it’s extraordinarily difficult to get money to progress it any further, because it’s ‘boring’ for most people.

“We were not actually the first to look at taurine, it has been around for a while.”

Dr Arthur said Duchenne UK had been particularly interested in finding a more immediate treatment for DMD, in contrast to solutions such as genetic engineering that may a long time to be useable.

“What they were looking for was something that could be rapidly transferred to the clinic if it worked,” he said.

“One possibility is maybe a supplement or nutraceutical – a food that you can take – could help.”

“It’s not going to cure anybody, but maybe it improves the quality of life, extends life.”

Save Our Sons executive officer, clinical care and advocacy, Klair Bayley, has a son who developed DMD, a link she shares with the founders of both Save Our Sons and Duchenne UK.

She said Save Our Sons had approached the Duchenne UK for additional funding after wanting to support the taurine trial, and the groups agreed to a co-funding arrangement.

Save Our Sons has invested more than $2 million this year for research, nurses, and equipment related to DMD.

“It’s tangible for not for profits to be involved in this level of research, and it’s also lovely to see collaboration,” Ms Bayley told Business News.

“Often trials won’t get funded because people don’t want to share and do things together.”

Ms Bayley said the purpose of this funding was to find effective regimes for administering taurine, with the goal to produce a commercial product.

She hopes taurine can be used to reduce symptoms and inflammation, as well as combatting the side effects of treatments such as steroids.

To date, Dr Arthur’s team has been testing taurine on mice, but after a validity study of the test it was recommended that a model based on dogs be used, as their response to DMD more accurately mimics that of humans.

Dr Arthur said a stroke of luck had connected them with a French research group using a rat model, which his team decided to use.

Rats, like humans, would eventually die from the disease, he said.

When animal testing was completed, Dr Arthur said they would begin to collect blood and urine samples from boys with DMD, then the project would be handed on to a different research team for clinical trials.

He hopes to complete this stage of research in two years, a fraction of the 10 to 15 years it could take to prepare a drug for clinical trials.

“Normally when you go to a clinical trial you have to show that the compound you’re using is safe,” Dr Arthur said.

“The fantastic thing about this is we already know everything about its safety.

“We just don’t know the degree to which it will offer protection.”

Both the charities and the WA research team are hopeful taurine can give respite to young boys with DMD.

“They’re in wheelchairs by the time they’re in their teens, and they normally die in their 20s,” Dr Arthur said.

“So anything we can do to delay or to help that would be good.

“It might only be minor, but that’s still not a bad thing because taurine is very cheap.”