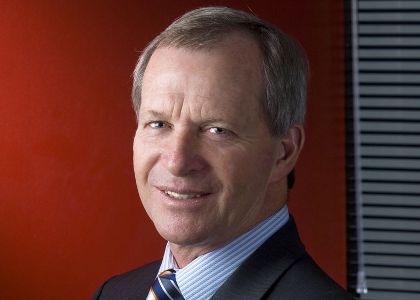 UCL Resources has flipped the script on hostile suitor Minemakers, launching a $US50 million counter takeover bid for the Perth-based minerals explorer.

UCL announced today it would offer one of its shares for each 1.6 Minemakers shares, in addition to 4.5 cents per share.

The two companies are joint venture partners in the Sandpiper marine phosphate project in Namibia.

“Despite several attempts over the past nine months, UCL’s board has been unable to engage in any meaningful discussions with Minemakers’ board in relation to a proposal to combine the two entites, hence the UCL board has put forward this offer to Minemakers shareholders,” the company said in a statement to the ASX.

“In doing so, UCL is seeking to ensure equitable treatment for both Minemakers and UCL shareholders while ensuring that the combined group can focus clearly on advancing the Sandpiper project.

Minemakers launched a $22 million bid for UCL in February, offering nine of its shares for every 10 UCL shares held, which UCL’s independent expert assessed as fair and reasonable.

Late last month, Minemakers revised its offer, increasing it to 13 of its shares for every 10 UCL shares.

Minemakers has argued that it is better placed to develop Sandpiper, with no immediate need to raise capital, and access to an additional source of funds through its Toronto Stock Exchange Listing.

But UCL’s counter offer would mean joint 85 per cent control over Sandpiper, on terms close to current shareholding levels, the company said.

The merged entity, under UCL’s terms, would have a market capitalisation of $65.2 million and cash reserves of around $16.5 million.

UCL’s takeover bid is understood to be a major turnaround in strategy, after the company rejected Minemakers’ offer early in March because of concerns it would dilute its shareholders interest in Sandpiper.

At the time, UCL said it considered its stake in Sandpiper to be significantly superior to Minemakers’ other assets, particularly the Wonarah phosphate project in the Northern Territory.

A source with knowledge of the situation said the UCL board had continually refused to engage with Minemakers because it did not want exposure to the Wonarah project, at which Minemakers had missed several pre-development targets.

UCL, however, said today it would conduct a review of the Wonarah project post-takeover, if successful, to identify how best to extract value from the asset.

The source said UCL’s bid would achieve a similar outcome to Minemakers’ offer, without the benefits of a Toronto-listing.

On the ASX today, UCL stocks were steady at 26 cents, while Minemakers shares were down 2.5 per cent, trading at 19 cents.