Planning Minister Rita Saffioti is offering developers a reprieve from uncertainty caused by the COVID-19 crisis, with a blanket two-year extension of development approvals expected to be announced later today. 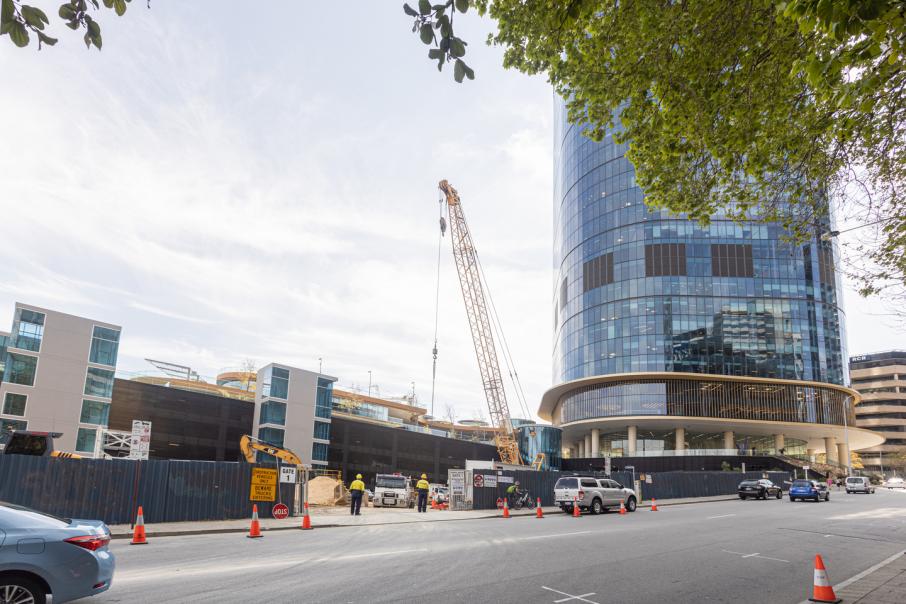 Planning Minister Rita Saffioti is offering developers a reprieve from uncertainty caused by the COVID-19 crisis, with a blanket two-year extension of development approvals expected to be announced later today.

Details are yet to be revealed, but Business News understands all projects with a current approval that have not yet been substantially started will be eligible for the two-year extension.

Property Council of Australia WA executive director Sandra Brewer said industry would be delighted with the decision to extend current approvals for an additional two years.

“Before this crisis we were beginning to see some really good signs in the Western Australian property market,” Ms Brewer told Business News.

“This crisis has given developers pause, and what we don’t want to see is those plans cease.”

Ms Brewer said developers that held approvals due to expire in the next 12 to 24 months would likely not have the necessary cash flow to re-engage consultants and designers in order to obtain fresh approvals.

“This is a real lifeline for a lot of projects that have been approved, in that they now have another two years to get their projects away,” she said.

Ms Brewer said she would also like the state government to consider pushing back a May 1 deadline for the implementation of a new National Construction Code, a set of guidelines for design and construction, plumbing and drainage systems for projects across the country.

She said there had been a loss of speed in the planning and approvals system with the change in working arrangements following the COVID-19 outbreak, with many developers rushing to gain approvals prior to the May 1 deadline.

Other initiatives to support the sector being lobbied for by the Property Council include a freeze on lodgement fees for development and building applications, in addition to temporary land tax relief.

“We are keen to support packages that will increase the probability for the industry to recover and rebound,” Ms Brewer said.

The extension of development approvals comes as many of the state’s biggest developers are placing projects on hold amid the COVID-19 outbreak.

Finbar Group announced earlier this month that its flagship $365 million Civic Heart development would not launch as planned this year, with the uncertainty also derailing plans to kick off marketing for the second stage of its Applecross apartments precinct.

Edge Visionary Living managing director Gavin Hawkins told Business News earlier this week that his company’s $280 million Canning Beach Road project would be launched at least three months later than first planned, with the developer instead to focus on completing its Arthouse and Eden West developments, which are currently under construction.

Mr Hawkins said Edge was continuing to sell apartments at Arthouse and Eden West, albeit at a slower pace, because there was some certainty around project timelines.

He said he expected the next three to four weeks to continue to be difficult, but held out hope that selling opportunities would emerge if Australia continued to flatten the COVID-19 infection curve.

“I think once people realise that the world is going to keep turning, potentially there will be some buying opportunities,” Mr Hawkins said.

However, Mr Hawkins said the short term uncertainty and pause on sales could contribute to issues later down the track for apartment developers.

Ironically there is going to be a shortage of apartments in 18 months to two years, it is the obvious outcome of this.

“There might be a few projects that get away in the next four to six months, but the peripheral projects that in a better market would have gotten away won’t get away,” Mr Hawkins said.

“It’s going to be a real flight to quality for people looking at projects, and particularly financiers will become much more circumspect in which developers they support and which projects they lend support to.

“All of that will add up to fewer projects getting away and that could be over the next 12 months, depending on how quick the economy and credit markets recover and bounce back.”