Perth-based developer Twin Ocean Group has launched two major projects in Brisbane with a combined end-value of $300 million, with the developments largely funded by a network of Western Australian high net-worth investors. 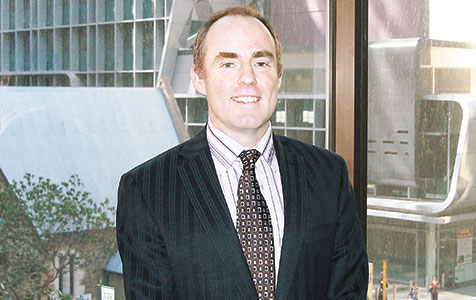 A Perth-based property spin-off from engineering group Clough wants to make a major splash on the east coast.

Perth-based developer Twin Ocean Group has launched two major projects in Brisbane with a combined end-value of $300 million, with the developments largely funded by a network of Western Australian high net-worth investors.

Twin Ocean was spun out of engineering and construction contractor Clough in 2007, and is headed up by former Cape Bouvard and Macquarie Group executive Tim Jones.

“We’re working as a facilitator for transactions on the east coast,” Mr Jones said.

“They are good quality, property-based transactions with development returns, using high-net worth money from the west coast.”

The group recently launched a $250 million, three-tower residential, hotel and retail precinct in Brisbane’s Fortitude Valley, a project it is advancing in joint venture with another Perth-based group, Ralph Nunis’ Sunfire Asset.

Mr Jones told Business News the plan was to construct 187 apartments in the first stage of construction, which is set to start in the third quarter this year.

The second stage will comprise a 198-room, 25-level hotel and a 24-storey residential tower containing 135 apartments.

In total, the development will contain 520 residential apartments and hotel rooms, as well as more than 2,000 square metres of retail space.

The other project launched this month by Twin Ocean was the acquisition of The Hudson development site at Brisbane’s Albion Mill Village from ASX-listed developer Aveo Group for $7.5 million.

Plans have been approved for a $50 million, 140-apartment project at The Hudson, with 60 per cent of the first stage of development already pre-sold.

Aveo will manage the project while Queensland’s Hutchinson Builders has been appointed to carry out construction, with site works set to begin in August.

Also in Queensland, Twin Ocean is developing two boutique house-and-land projects in Gladstone and the Brisbane suburb of Brookwater.

In WA, Twin Ocean is involved with Sunfire’s $35 million Holiday Inn Express project at 253 Adelaide Terrace, while the two groups are also formulating plans to redevelop 789 Wellington Street sometime in the future.

For now, though, Mr Jones said Twin Ocean’s focus was firmly on Brisbane, where he said property assets were significantly undervalued.

“We go where the opportunities are,” he said.

“We really just float ourselves between whatever markets are working at a particular point in time.

“Brisbane has been a key market for us the last four years and we’ve positioned ourselves nicely to get some really good upside in this market.”