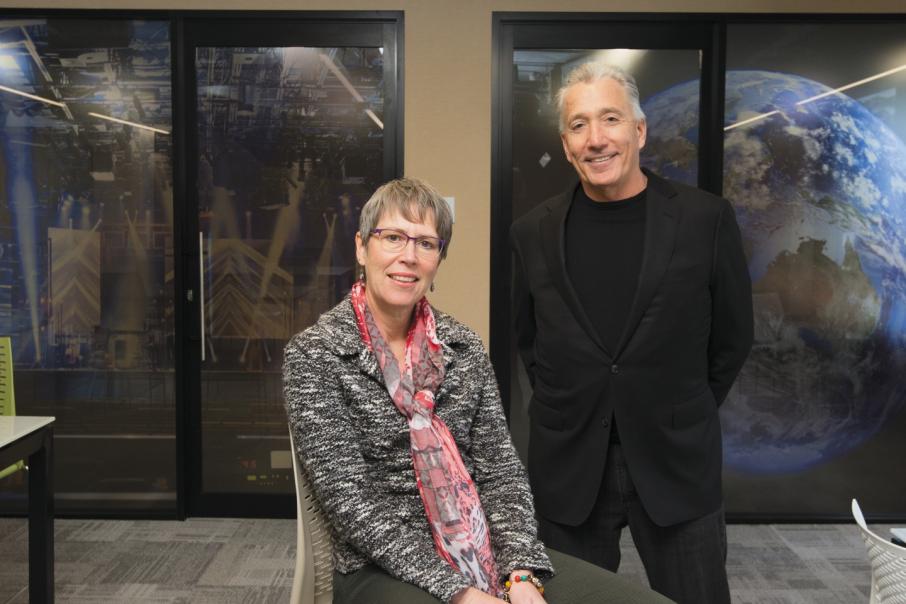 Charlie Bass has made a fortune out of the mining industry, but like many Western Australians he is frustrated by the state’s lack of economic diversity.

“It bothers me that we are just so dependent on resources,” Mr Bass told Business News.

So he’s is putting his money where his mouth is, investing some of the windfall he made from the timely takeover of Aquila Resources into a new centre in Nedlands. 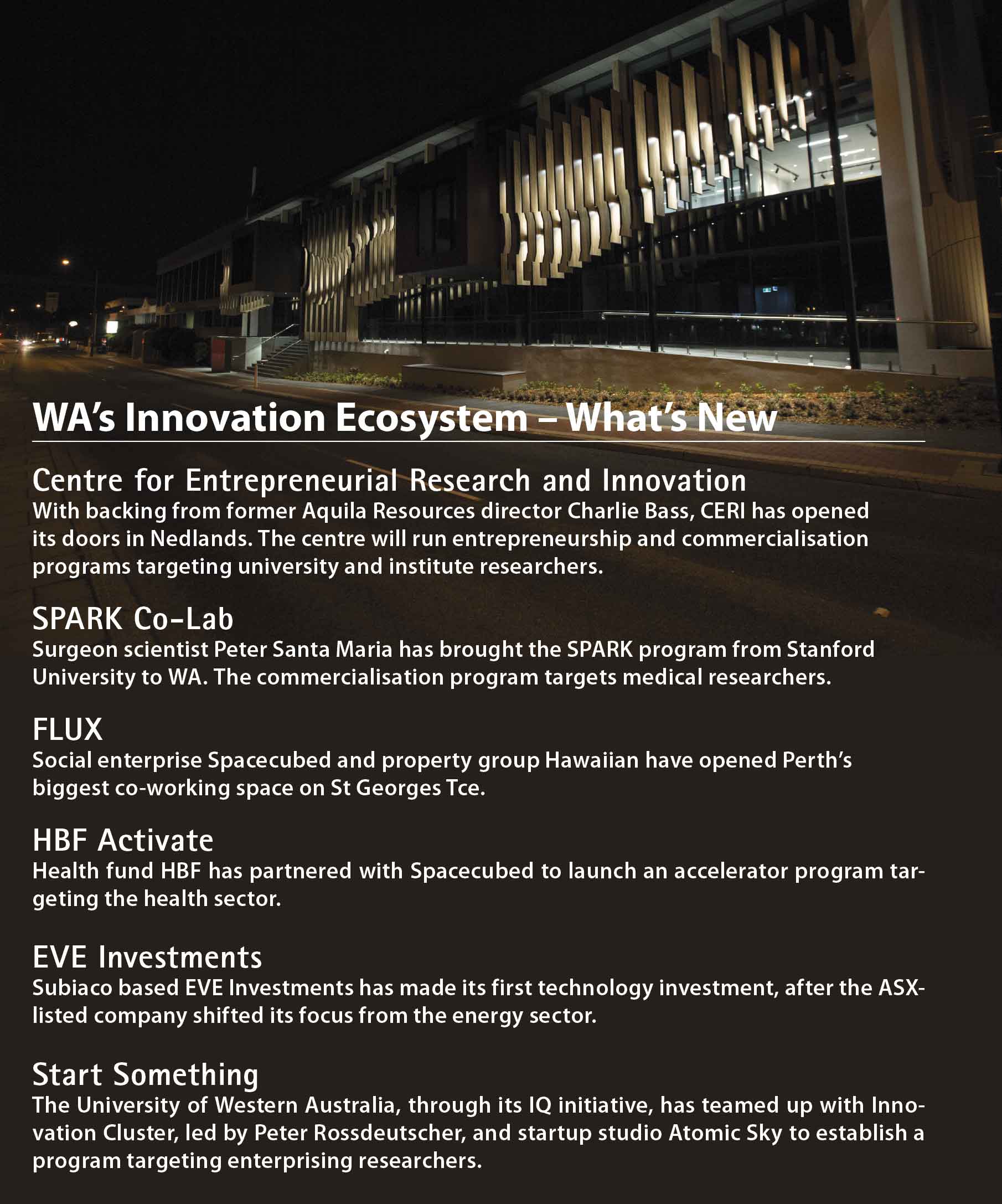 The Centre for Entrepreneurial Research and Innovation opened its doors last month, after about three years of planning and discussions with the likes of Paul Johnson, John Poynton, Peter Leedman and Larry Lopez.

“I asked, ‘am I off the wall with this or is it real?’ They gave validity to it,” Mr Bass said.

CERI plans to run a series of programs designed to help researchers and post-graduate students in universities and research institutes turn their ideas into real-world outcomes.

Its foundation program will draw heavily from the Kaufmann Foundation in Kansas City.

“It’s teaching the entrepreneurial mindset, for everyone from grade school kids to business people to universities,” Mr Bass said.

“We can’t talk about innovation without having an entrepreneurial mindset, so that forms the core.”

The opening of CERI coincided with the WA launch last month of SPARK Co-Lab, an innovation program that draws from another successful program in the US, in this case at Stanford University.

The prime mover is Peter Santa Maria, a surgeon and scientist who had a traditional academic mindset when he went to Stanford four years ago. 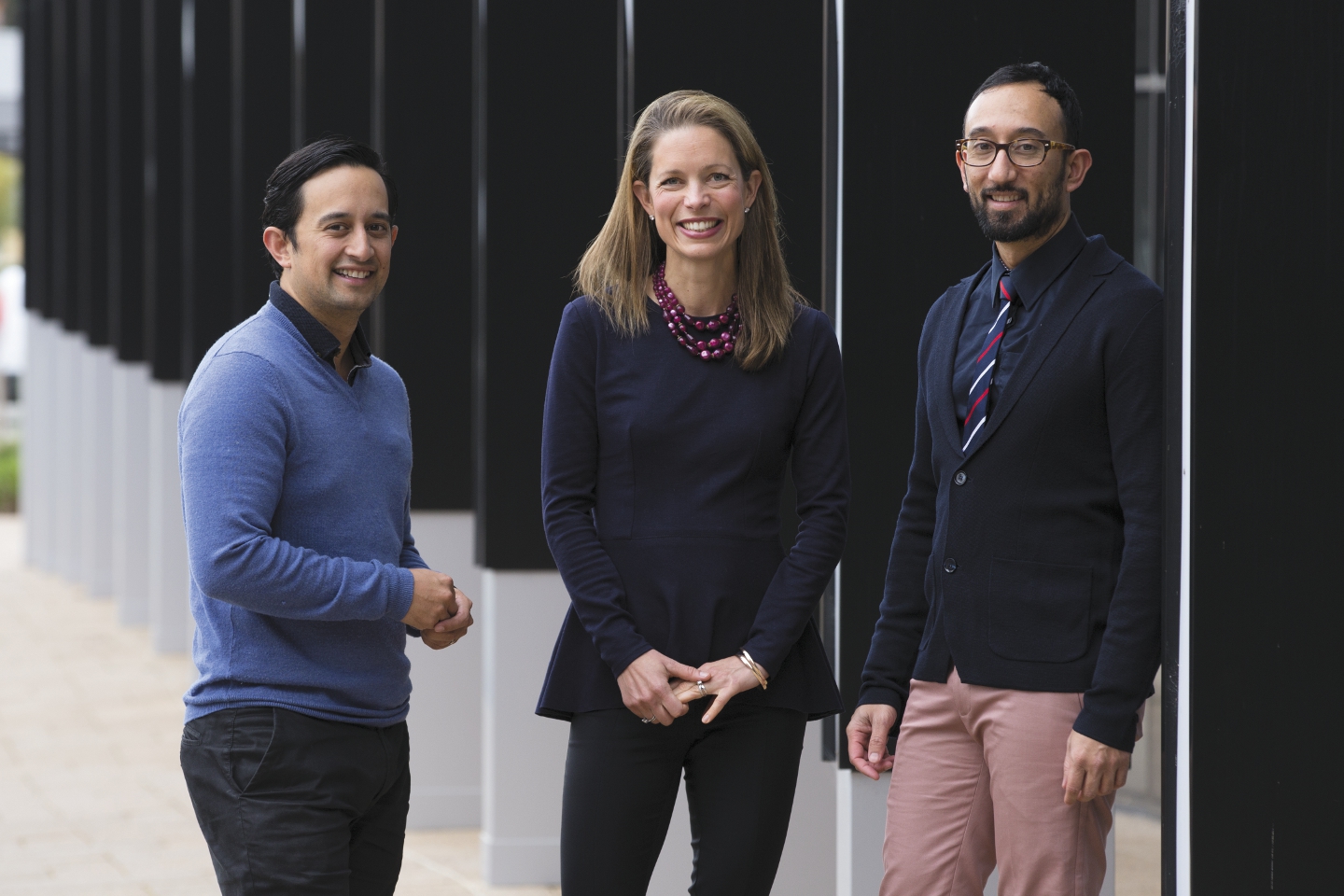 “I had a publish-or-perish approach, and tried to get government grants,” Mr Santa Maria told Business News.

After three years at Stanford, he was the co-founder of two medical startups and had gained an appreciation of the benefits that can flow from collaborating with industry and private investors.

“The end game for translational medicine is to get your device or your invention to a patient; it’s not to raise money,” Mr Santa Maria said.

The launch of CERI and Spark Co-Lab coincided with the state government’s recent innovation summit.

Most of the people who attended the talkfest were keen to see more action, and the good news is there is considerable activity in this space in WA.

Flux includes the Core resources innovation hub, which will have the Unearthed ‘accelerator’ as a partner and tenant, bringing with it a network of mentors, emerging startups and industry challenges.

Spacecubed was also involved in the recent launch of HBF Activate, a new accelerator backed by health fund HBF targeting innovation in the health sector.

There have also been some encouraging developments on the private funding front, with Hawaiian and Wrays becoming sponsors of Innovation Bay.

They have joined Deloitte, Ignia, and Mills Oakley as sponsors of Innovation Bay, which brings together angel investors, entrepreneurs and business leaders.

In its first 18 months in Perth, Innovation Bay has received funding applications from 34 companies, of which 10 have pitched and three have received funds totalling $800,000.

The state’s universities have also been active.

The University of Western Australia, through its IQ initiative, has teamed up with Innovation Cluster, led by Peter Rossdeutscher, and startup studio Atomic Sky to establish Start Something.

A much bigger initiative was the opening at the start of the year of the Cisco Internet Centre, with backing from Cisco, Curtin University and Woodside Petroleum (see page 20).

Mr Bass hopes CERI will lift the bar, by hosting a series of innovation programs at its custom-designed premises in Nedlands.

“We’re going from start to finish; nobody has put it all together,” said Mr Bass, who emphasised that CERI was a not-for-profit charitable organisation.

“There is nothing coming into my pocket, this space is free.

“The mentors will work for free, there are no side businesses that will get money out of this.

“It’s the honest broker in the innovation ecosystem.”

CERI chief executive Carolyn Williams, who previously worked at UWA and the Perkins Institute, said one of the key goals was to give scientists and researchers a more informed perspective.

“One of the things CERI can provide these very smart people is a broader skill set,” Ms Williams told Business News.

“It will open their eyes to the opportunities and the choices.”

CERI’s foundation program, focused on the entrepreneurial mindset, will be either an intensive three-day boot camp, typically for senior faculty members, or a part-time semester program, mostly for post-grad students.

The second module will focus on the proof-of-concept stage.

“It’s for people with an idea, and people who want to be part of another idea,” Ms Williams said.

CERI’s third module will focus on the formation of start-up companies, for teams who successfully pitch to CERI’s scientific and technical advisory panel.

Mr Bass said the programs would involve a large amount of interaction between the participants and the mentors and specialist industry experts.

“These are tried and tested programs; we will adapt them to suit our ecosystem, but we don’t want to reinvent the wheel.”

CERI is planning to run pilot programs before launching the full program early next year.

Ms Williams said CERI was keen to link up with other people and organisations in WA’s innovation network.

“We need to build an ecosystem around the centre,” she said.

“We need input from industry and government and philanthropists.”

Spark Co-Lab has similar goals to CERI but is pursuing its objectives in a different manner.

It is focused specifically on life sciences and draws directly from Mr Santa Maria’s experience at Stanford University.

This included enrolling in a biodesign course, which brought together teams of engineers, clinicians and business people.

“Six months later I had a medical device startup come out of that class,” Mr Santa Maria said.

He followed that by enrolling in Stanford’s Spark program, which provides seed funding, industry mentors and project managers to help researchers identify and develop commercial opportunities.

That led to the formation of another startup and a funding agreement with a major pharmaceutical company.

“Sixty per cent of the projects they take in are either licensed or in clinical trials after 24 months, so they have a very high success rate.”

Mr Santa Maria said one of his goals was to get academics, industry and investors to a point where they understood and trusted each other.

“Academics are afraid, they see a bunch of sharks who want to make money out of them,” he said.

“There is an inability for people who want to invest and people with the (clinical) knowledge to even sit in the same room and talk the same language.”

Ms Giles, who is an investment manager at venture capital firm Brandon Capital, said many investors were also keen to develop a better understanding of the commercial pathway for biotech, which was much longer than for apps and IT products.

They worked with doctors and came up with 227 clinical issues.

Each team needs to select one issue, for which they will develop a solution and market strategy over the remainder of the course.

Industry experts and mentors, including IP lawyers, venture capitalists and business coaches will provide assistance during the process.

“If they all do the process correctly, we could have five medical startups come out of a six month course,” Mr Santa Maria said.

He is currently raising funds for the second phase of the program, named Actuator, which includes provision of seed capital for each team.

Mr Santa Maria said that, at a minimum, all participants would build a valuable network they can use through their careers.

However, he believes Spark Co-Lab can achieve far more, including tackling the problems listed at the state government’s innovation summit.

“All the problems and all the solutions in biotech would be addressed if this program was funded,” Mr Santa Maria said.