Turnbull to visit Perth in April

Prime Minister Malcolm Turnbull will join a range of international energy leaders in Perth to open the LNG 18 global conference in mid-April. 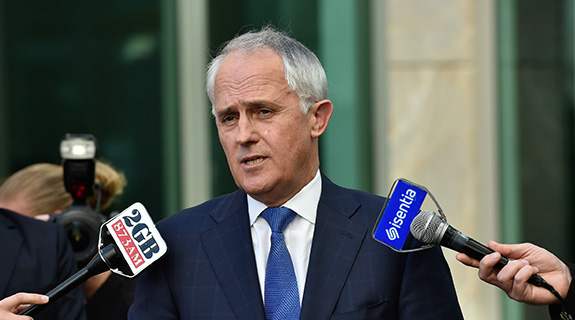 Prime Minister Malcolm Turnbull will join a range of international energy leaders in Perth to open the LNG 18 global conference in mid-April.

It will be the second time the conference, which happens every three years, will take place in Perth, after an initial event in 1998, while Mr Turnbull is almost assured of returning to Perth later this year as he fights a federal election.

That comes as Western Australia dramatically increases LNG production, closing in on becoming the world’s largest producer in its own right.

Nationally, Australia is expected to challenge Qatar for the top producer spot in 2020.

LNG 18 organising committee chair Grant King said the attendance of the prime minister highlighted the importance of the new projects coming online across the country.

“The domestic and international backing for these new Australian LNG projects represents the largest concentration yet, in Australia’s history, of private capital investment,” he said.

“The prime minister’s participation in LNG 18 sends a strong message therefore to the global investment market about the status of this sector and its emerging importance to the overall Australian economy.”

One major project in WA has so far come online this decade, Pluto, operated by Woodside, joining the North West Shelf Venture.

Others anticipated to begin production before 2020 include Shell’s Prelude, Chevron’s Gorgon and Wheatstone and Inpex’s Ichthys.

“LNG 18's objective is to harness the knowledge, lessons and experience of the past to ensure that LNG plays an appropriate role in supplying a reliable, competitively-priced and sustainable source of energy to support growing economies, a better environment and rising living standards for the communities it services,’’ Mr King said.

“Participating in LNG 18 will provide attendees with the opportunity to strengthen ongoing partnerships and form new relationships with their industry colleagues as well as hear from leaders about the future direction of LNG.”