Malcolm Turnbull’s business experience and familiarity with WA could be a plus for this state. 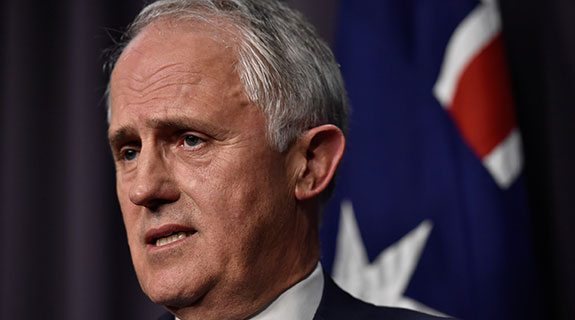 STEP UP: Malcolm Turnbull brings a greater depth of understanding of economic issues to the job of PM than his predecessor, Tony Abbott.

New prime minister Malcolm Turnbull brings with him a better working knowledge of how Western Australia functions than any of his predecessors since the days of war time PM John Curtin, who died in 1945.

Whether that ends up being to the state’s benefit is uncertain; but one of his first messages was to stress the importance of economic leadership. This is where WA has led the way, and can continue to do so.

Mr Turnbull’s close association with the state started in 1988-89, when Labor’s Peter Dowding was premier. Mr Turnbull was engaged with his business partner, former NSW premier Neville Wran, to advise on how WA could recoup millions of dollars in dealings involving key WA Inc players such as Alan Bond, Laurie Connell and Warren Anderson.

At the time, Mr Turnbull’s company was known as Whitlam Turnbull & Co, as Nick Whitlam, son of the former Labor PM, Gough, was another partner.

Mr Turnbull operated below the radar in Perth. His job was to regain the money, which had earlier been thrown around with gay abandon. Some of the businessmen who had benefitted had been inaugural members of the John Curtin Foundation, designed to raise money for the Labor Party.

Mr Turnbull spoke for the first time about this period when I interviewed him in his Sydney office in 2011 for my book on 11 WA premiers, Tales from Boom Town.

He believed the Labor government led by Brian Burke had developed the view that Perth’s growth was attributable to the four-on-the-floor entrepreneurs, and it wanted to get as close to them as possible.

“But I think the difficulty was that you had Olympic-class corporate buccaneers on one side of the table, and I would say second-class politicians on the other side,” Mr Turnbull said at the time.

“I am not suggesting they were intellectually inadequate. It’s just that Alan Bond and Robert Holmes a Court, just to name two, were doing important and complex deals all over the world … and the experience of the politicians and the public servants was really not up to dealing with them, and they basically got rough-handled.”

Mr Turnbull said he and Mr Wran had recovered hundreds of millions of dollars in a challenging process that included litigation.

“We ended up basically putting Bond into liquidation, which he wasn't happy about,” Mr Turnbull told me.

All this occurred well before Mr Turnbull entered politics, but it indicates his extensive commercial, economic and financial (let alone legal) experience as a background to taking up the nation’s top political job.

Sections of the Liberal Party WA are far from thrilled that Mr Turnbull, who holds some socially progressive views (such supporting same sex marriage), is again the leader. But obviously a majority of MPs saw poor opinion polling as justification to dump Tony Abbott.

Premier Colin Barnett considers Mr Turnbull to be a friend.

While friendships in politics can be transitory, with Curtin MHR Julie Bishop retaining the deputy Liberal leadership, the premier will be hoping that friendship will result in an increased acknowledgment of WA’s national economic input.

My first contact with Malcolm Turnbull was in Sydney, in late 1977. I had just joined The Sydney Morning Herald and Bob Carr, who then worked for the NSW Labor Council, invited me to dinner at his home. I might find the company ‘interesting’, he said.

It certainly was. The current ABC chairman, Jim Spigelman, was there, as was PP McGuinness, soon to be editor of the Australian Financial Review. Malcolm Turnbull, who had just turned 23, was there too.

Mr Turnbull had studied law at Sydney University, and was reporting on NSW politics for Kerry Packer’s Channel 9 and The Bulletin magazine.

And he stood his ground at the dinner in a spirited argument on economic issues with Mr McGuinness, who was far from a shrinking violet himself.

In 1978, Mr Turnbull had another vigorous exchange at a news conference with premier Neville Wran, after a government attempt to censure the Liberal leader Peter Coleman failed by one vote – a Labor MP was drunk in the bar and didn’t turn up.

Mr Wran never hid his ambition to switch to federal politics and become prime minister. He had the talent, but it never happened. It’s Mr Turnbull who now has the job.