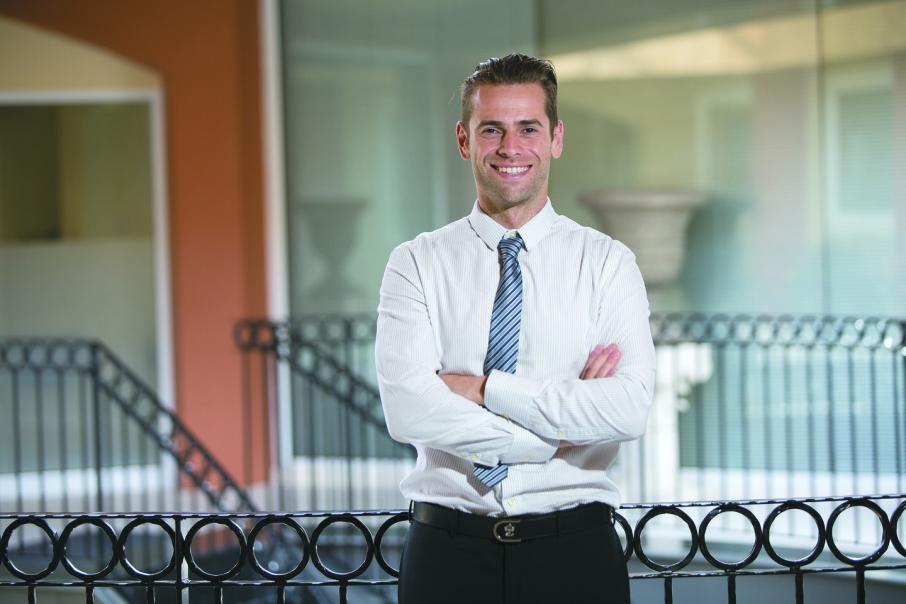 Mr Tsvetnenko was arrested following an extradition arrest warrant relating to his involvement in the multimillion-dollar scam.

Perth-based tech millionaire Eugeni 'Zhenya' Tsvetnenko will spend the next eight years behind bars after pleading guilty to co-orchestrating a $US41 million text messaging scam.

The founder of blockchain technology company DigitalX was sentenced to 98 months' imprisonment by a New York District Court overnight, almost a year after he surrendered to US authorities and agreed to extradition.

In 2016, Tsvetnenko was charged with a string of offences, including conspiracy to commit wire fraud, wire fraud, and aggravated identity theft, over his role in an auto-subscribing scheme in which hundreds of thousands of mobile phone users were hit with monthly fees for unsolicited messages with horoscopes, celebrity gossip, and trivia.

The mobile phone services entrepreneur was already a prominent figure in Perth's tech scene when the elaborate fraud scheme began in 2012, with a personal fortune in excess of $115 million.

According to US authorities, Tsvetnenko used his position at the helm of several content provider companies to enrol mobile numbers purchased by his co-conspirators in text services they had no idea about until being hit with a $10 monthly charge.

Proceeds from the scheme were then laundered through shell companies.

Those who attempted to dispute the carefully concealed phone charges and claw back the funds were often unsuccessful.

Despite being one of at least five involved in the scam, Tsvetnenko pocketed a significant portion of the proceeds, about $US15.4 million of the $US20 million received.

Authorities say those funds were then used to fund his "lavish lifestyle"; often pictured rubbing shoulders with Perth's rich-listers and driving expensive cars.

But it wasn't long before the scheme became the subject of a major investigation by the US Internal Revenue Service and FBI.

Responsibility for the prosecution of the case was then handed to the US Complex Frauds and Cybercrime Unit, who began lobbying for Tsvetnenko's extradition.

In a statement released following the sentencing, United States attorney Damian Williams said Tsvetnenko was paying a “steep price” for his mobile scam, handing back $US15 million in forfeiture and spending the next eight years in federal prison.

Prior to his extradition to the US, the 41-year-old had already spent almost three years in Hakea Prison.