Kalgoorlie’s gold and nickel sectors could benefit if Donald Trump follows through with some of his plans. 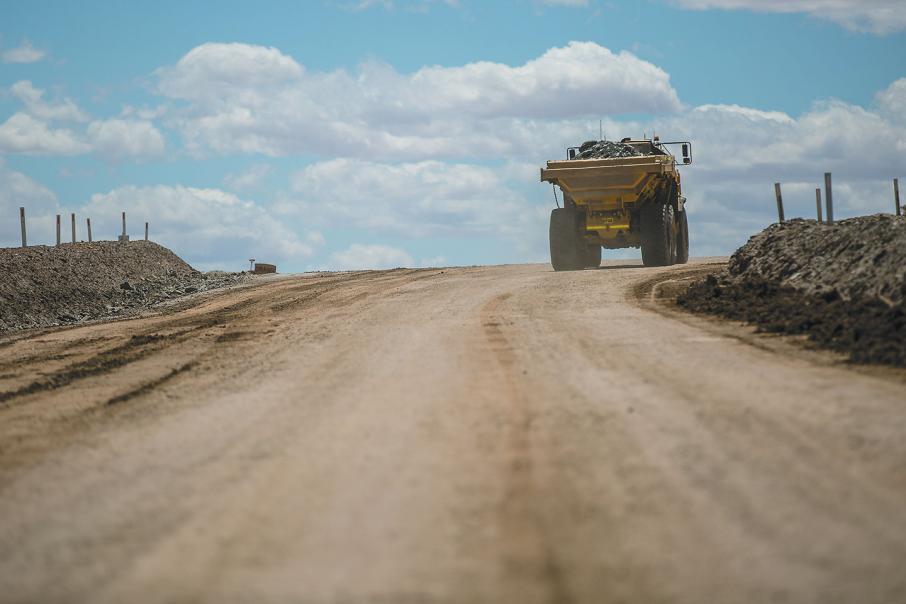 Gold has dropped more than $US100/ounce since the US election. Photo: Attila Csaszar

Kalgoorlie’s gold and nickel sectors could benefit if Donald Trump follows through with some of his plans.

As any visitor to Kalgoorlie’s famous Palace Hotel soon discovers, the gold mining city has a close connection with at least one former US president, so it might not be a complete surprise if someone soon suggests raising a memorial to the next one – Donald Trump.

The late Herbert Hoover is remembered fondly in Kalgoorlie, partly because he was largely responsible for the development of the Sons of Gwalia gold mine at Leonora, and partly because he fell in love with a Palace barmaid, as can happen to anyone after a few beers.

A mirror near the main entrance at the Palace, where Hoover was a regular guest, memorialises his time in Kalgoorlie as a young mining engineer in the late 1890s, as a does a copy of a poem next to the mirror (which he reputedly wrote to the barmaid).

Mr Trump is different, and more divisive, as was seen (and heard) in the recent US election campaign. Any Hoover-like memorial to Trump in Kalgoorlie would need to be a trick mirror that shows his good and bad sides.

The less pleasing reflection would be of Mr Trump as a potential destroyer of the gold industry, because his rise – and his plans to focus on doing what’s best for the US – has already inflicted damage on the price of gold, Kalgoorlie’s principal business.

The good side of a Trump mirror would show what he has done for the city’s number two industry, nickel, the price of which has risen sharply since his election.

How the two faces of Mr Trump are seen in the future is anyone’s guess, though an obvious point of speculation is that, over time, he will give gold a big boost thanks to the chaos he has the potential to unleash in global trade as he makes America great (and destabilises the rest of the world).

The Trump-effect is most easily measured in the soaring value of the US dollar, which last week hit a 13-year high against other currencies. Gold on the other hand, which is traded in US dollars and viewed as a currency as well as a commodity, has plunged from more than $US1,300 an ounce to less than $US1,200/oz.

Meanwhile nickel, and a basket of other minerals that includes iron ore, copper and zinc, have enjoyed a Trump-boost thanks to an expectation the US will consume more metals as the new president attempts to unleash an infrastructure building boom, which means more bridges, roads, railways and other essential services.

The higher nickel price could not have come at a better time for Kalgoorlie’s shell-shocked nickel industry, because many of its small and high-cost mines have already been mothballed thanks to a plunge in the price of the metal from more than $US9 a pound as recently as mid-2014 to less than $US3.50/lb earlier this year.

Bigger nickel mines, such as those operated by BHP Billiton through its Nickel West division, Glencore, which owns the Murrin Murrin mine, and First Quantum Minerals, which owns the Ravensthorpe project, have been on life support during the downturn, with some observers not expecting them to survive if the price had remained low for much longer.

Help has come in the form of restrictions on the export of unprocessed nickel ore from Indonesia and the Philippines, and now from the election of Mr Trump, who wants to help rebuild the US steel industry, which would need nickel to make high-grade stainless steel.

One of the best insights into the pressure being felt by the big nickel producers can be found in the latest quarterly report of First Quantum, which has struggled to post profits since it revitalised the Ravensthorpe project, built but then mothballed, by BHP Billiton.

In the nine months to September 30, Ravensthorpe produced nickel at a cash cost of $US4.72/lb and an all-in sustaining cost (after multiple charges) of $US5.39/lb.

The day before Mr Trump was elected, nickel on the London Metal Exchange was trading at $US4.70/lb, within touching distance of Ravensthorpe’s cash cost, but still at a loss-making level on an all-in basis.

Today, nickel at $US5.20/lb is comfortably above Ravensthorpe’s cash cost and within sight of the all-in cost. If the nickel price continues to move higher, the threat of more nickel mine closures will be lifted and Kalgoorlie can breathe easier.

In time, as (President) Trump throws his weight around the world stage, the same might also be said of the gold industry, because if there’s one thing gold likes it’s a jolly good crisis, and Mr Trump is just the man to deliver that.