The blockchain is a powerful tool of trust and verification, writes Sam Birmingham. 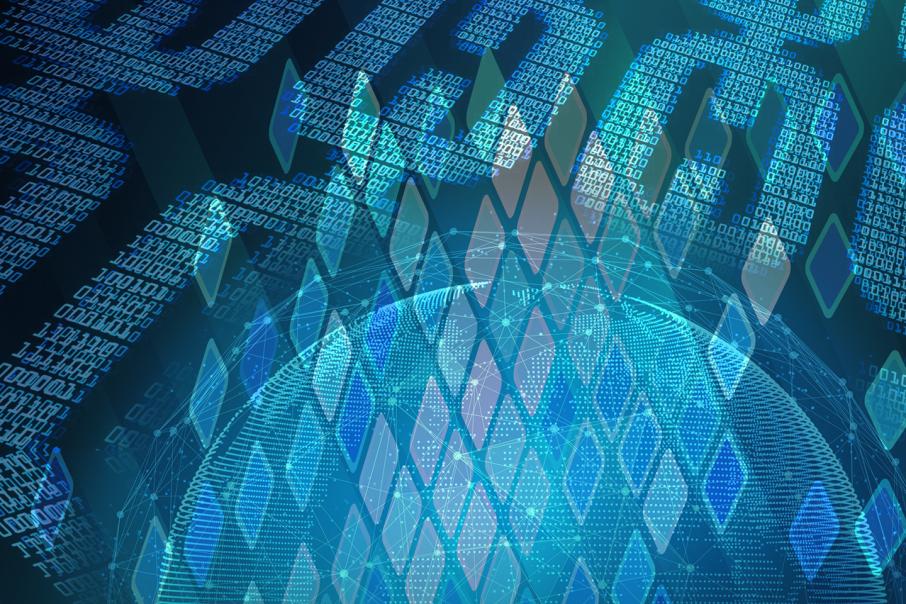 The blockchain is a distributed ledger, with information stored and verified across a network of computers.

I approached the writing of this article with a sense of trepidation.

Just hearing the word ‘bitcoin’ makes me nervous, ‘cryptocurrency’ sounds like something Indiana Jones searches for, and trying to understand the ‘blockchain’ can make my eyes glaze over. That doesn’t mean we should switch off to the underlying story though.

Financial industry leaders such as JP Morgan CEO Jamie Dimon, and economist Paul Krugman have expressed their cynicism, with the latter recently penning a column for New York Times titled ‘Bubble, Bubble, Fraud and Trouble’. US economist Nouriel Roubini, who predicted the GFC, shares their sentiments.

“In the US, the reason we do not use euros or yen in addition to dollars is obvious: doing so would be pointless, and it would make the economy far less efficient. The idea that             hundreds of cryptocurrencies could viably operate together not only contradicts the very concept of money; it is utterly idiotic,” Mr Roubini said.

However, as with investing, there is an important distinction between price (what we pay) and value (what we get) it is crucial to distinguish a technology from its applications – what it is versus how we use it.

The blockchain is a distributed ledger, with information stored and verified across a network of computers.

At its essence, the blockchain is a powerful tool of trust and verification.

When it comes to currency and payments, cash is trusted because it comes with the imprint of government. Cheques are trusted because banks issue them. The digital revolution changed the way we do business around the world, with Paypal one of the original trust brokers to enable digital payments globally.

Admittedly it is a big if at this stage, but if you believe in the value of the unit of application (eg. a bitcoin) then the blockchain underpinning provides a new level of trust – a permanent, verified public record – enabling transfer from one party to another without the need for a middleman.

In the words of the World Economic Forum: “The blockchain supports the creation of a decentralised electronic payment system that can be trusted in aggregate, although none of the system’s servers is individually trusted.”

What about applications beyond the world of payments?

Where else do we rely on intermediaries to act as trust brokers?

In the share market, we rely on brokers and market makers to process and verify transactions. Could programmable information replace those intermediaries? The ASX is already looking at a distributed ledger to replace its CHESS system.

In our business dealings, lawyers draft and interpret contracts, usually at great expense. Could a digital protocol facilitate, verify and enforce obligations between parties by way of ‘smart contracts’?

What about the centralised, command-and-control systems that underpin our bureaucracy; how much of the regulatory framework could be replaced with computers as the middleman?

And what about something as fundamental to democracy as elections? The entire voting system relies on trust, with our identities verified by a single line on a physical electoral role. Putting aside the Trump-linked Russian hacker stories, surely there is a better way to verify who we are and how we want to be governed in this digitally connected age?

True disciples imagine higher order applications for the blockchain, painting the picture of a future where inequality of wealth, power, and access is no more. In the words of While I am yet to embrace that vision of digital nirvana, I am intrigued by the possibilities that Steven Johnson imagines in his New York Times piece, ‘Beyond the Bitcoin Bubble’.

Mr Johnson argues that the true significance of the blockchain lies in replacing much of what we now think of as the internet, explaining that the first layer of the web – what he calls InternetOne – was founded on open protocols maintained by international-standard bodies and owned by no-one.

To you and me, these protocols are the acronyms such as POP (Post Office Protocol) and SMTP (Simple Mail Transfer Protocol) that confuse us when stumble into email settings; or the preface HTTP (Hypertext Transfer Protocol), which comes before every URL you navigate on the web.

As the internet and our use of it has evolved, however, what Mr Johnson refers to as InternetTwo has involved middlemen such as Facebook, Twitter and Uber developing their own protocols – closed architecture where databases are owned and maintained by private companies.

These have enabled greater connection and utility, but as users we no longer control our identities on each network.

Just imagine, instead of Mark Zuckerberg and Facebook defining your online identity via their social graph, what if the internet started with an open Human Identity Protocol as a way for us to share our name, location, interests and relationships as easily as we now send emails?

Instead of thousands of spam accounts being setup to spread #fakenews on Twitter, what if all the online material we published had our true identity attached, making it easier to verify and identify reputable news sources?

And instead of having to log on to Uber to catch a ride home tonight, what if there was an open Transport Information Protocol, which could serve up the location, price and rating of every available vehicle — whether a taxi, Uber, other ride-share car or, heaven forbid, public transport, and give us as consumers the freedom to choose exactly how we get home?

As humans, we can’t help but be attracted to the next big thing (even more when we don’t truly understand it) and marvel at the fortunes made and lost in an instant.

But don’t be distracted by the ups and downs of whatever cryptocurrency your friends are speculating on. Maybe, just maybe, there is a transformational technology under the surface, the applications of which we are only beginning to imagine.