Troy Resources has announced a $40 million capital raising to fund exploration and development of its Karouni gold project in Guyana. 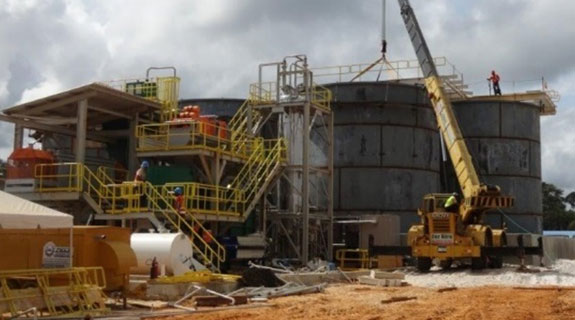 Construction of the processing plant at Troy's Karouni project in Guyana.

Troy Resources has announced a $40 million capital raising to fund exploration and development of its Karouni gold project in Guyana.

The company said the capital raising comprised a placement of 87.5 million shares to institutional and sophisticated investors to raise $35 million, and a $5 million share purchase plan, both with an issue price of 40 cents a share.

Troy plans to use the funds to conduct a brownfields exploration campaign and provide working capital for the build-up of full scale mining operations, as well as commissioning of a 1 million tonne per annum processing plant, at Karouni.

Troy received an environmental approval for the construction and operation of the project from the Environmental Protection Agency in January.

The open pit has an initial mine life of three years, with annual average gold production of about 100,000 ounces.

The cost of the plant and infrastructure at Karouni is estimated at about $US70 million.

Euroz Securities and Argonaut were joint lead managers to the placement and share purchase plan.