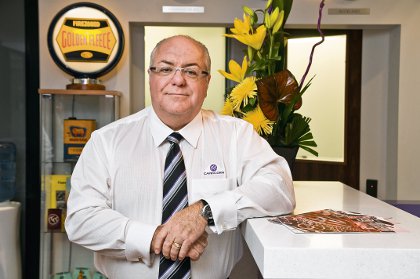 Former-Capricorn Society CEO Trent Bartlett will join the CBH board in February.

CBH Group has appointed Trent Bartlett to its board as an independent director, replacing retiring director Peter Knowles.

Mr Bartlett is currently CEO at Peter Stannard Homes and prior to that was CEO of Capricorn Society from 2001 to 2011.

He has also held senior executive positions with David Jones and Target, and is currently a director at Kresta Holdings and Good Samaritan Industries.

“It is vital CBH maintains a range of relevant expertise among its Directors, in such a challenging, competitive and dynamic environment,” Mr Wandel said.

“We are the biggest co-operative in Australia with a turnover, including pool revenue, in excess of $2.8 billion.

“Trent’s experience in senior executive roles and as a Company Director, together with his senior involvement in industry organisations, will complement the skills of our nine member-elected grower Directors and two other independent directors.”

Mr Bartlett will join the board from February 28, while Mr Knowles will remain an active member until his retirement date.

Mr Wandel thanked Mr Knowles for his contribution to the board through his commercial experience and expertise, clarity of thought in decision-making and sound judgement.