Original federal budget estimates have been blown away by COVID-19, while WA faces a different set of challenges. 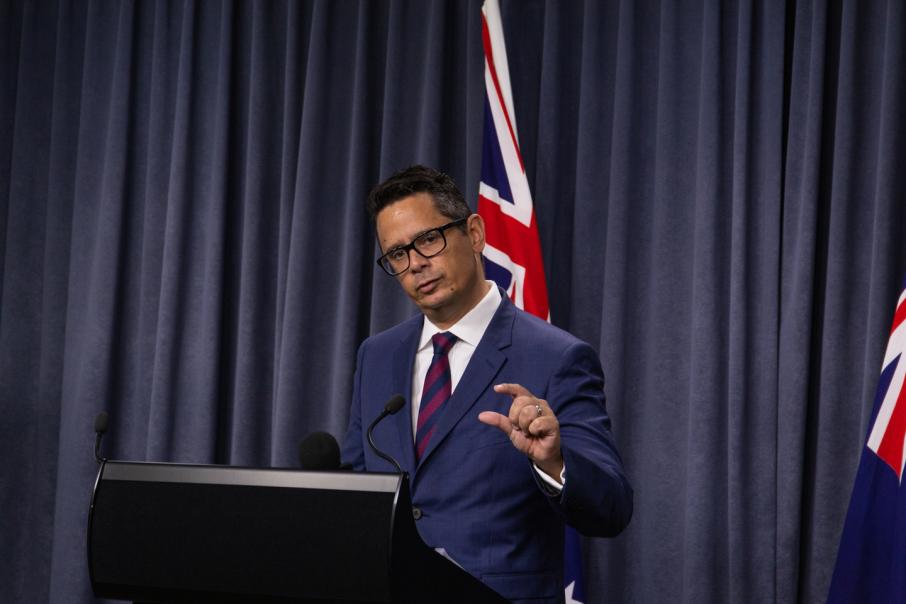 Ben Wyatt’s budget has to factor in unemployment and a looming skills shortage. Photo: Gabriel Oliveira

Federal treasurer Josh Frydenberg and his Western Australian counterpart, Ben Wyatt, will have one thing in common when they deliver their delayed budgets.

They must aim to get the maximum bang for each taxpayer’s buck.

To do otherwise, especially after Mr Frydenberg delivered an eye-watering $85.3 billion record deficit for the past financial year, would be a dereliction of duty.

The response of governments around the country to the COVID-19 emergency in March threw the budget preparation manual out the window.

In particular, Mr Frydenberg opened the federal wallet to an unprecedented degree.

For the Liberals, who traditionally believe in small government and low taxes, it was an extraordinary pragmatic response.

Not that anyone else was much concerned about applying the brakes.

The Labor opposition found plenty of examples where groups were missing out, and various lobby groups held out their hand, too.

Now, six months on, the focus has to be on rebuilding those parts of the economy smashed by the lockdown measures, and also restoring confidence so consumers go out and spend; and not just at Bunnings, Harvey Norman, and the supermarkets.

Mr Frydenberg will be first cab off the rank, with his budget five months later than normal.

His challenge is to accommodate the competing interests of states like Victoria, which is finally emerging after a prolonged lockdown, and WA, where many parts of the economy are strong.

And that is where Mr Wyatt has a delicate balancing act.

He has to deliver both a pre-election and a rebuilding budget.

The pre-election component would normally provide some sweeteners to soften-up voters for the March poll.

So expect the impact of budget decisions on the cost of running the family home to be minimal.

The hits in Labor’s first three budgets – all blamed on the financial excesses of the Barnett government – have done their job.

And why would you touch stamp duties and payroll tax when royalties from iron ore came in more than $2 billion above last year’s predictions, with both world prices and demand continuing to be strong?

That revenue stream appears safe for a while yet.

Mr Wyatt’s real problem is a rare mix of unemployment combined with a looming skills shortage.

The reason? WA’s jobless level was consistently above the national average.

After more than three years in office, it still is.

A new salaried measure of employment has emerged, which shows WA is doing better.

Mr McGowan and Mr Wyatt have made much of their $5.5 billion rescue package, but there has been anecdotal evidence that some aspects of it have barely been touched.

One area where the reaction has been strong is in housing.

That sector had been subdued and the new activity is welcomed.

Ironically, there are now fears of a skills shortage as the sector picks up.

That’s not normally a major issue because of the mobility of labour (including interstate), especially among younger workers.

And labour shortages push up costs.

So there will be increased pressure to relax WA’s hard border.

The rapid drop in new COVID-19 infections in Victoria raises the prospect that border restrictions will be eased shortly, with further changes to quarantine requirements.

That would give the airline industry a shot in the arm, and provide access to more skilled workers.

And there needs to be a pipeline of publicly funded initiatives so the work can be stretched out over an extended period to avoid costly bottlenecks.

If both Mr Frydenberg and Mr Wyatt can deliver that, rather than populist, sugar-hit handouts, the road to recovery will be that much smoother.

One budget initiative sure to be widely welcomed would be if the federal and state governments combined to buy former prime minister Bob Hawke’s family home in Tate Street, Leederville, with the National Trust given responsibility for its management.

Mr Hawke lived there with his parents Clem and Edith, and attended local schools, including Perth Modern School.