Federal Treasurer Josh Frydenberg is confident his government will be able to keep its election promise of surpluses over the next four years, despite marked downgrades to the outlook in his last budget update. 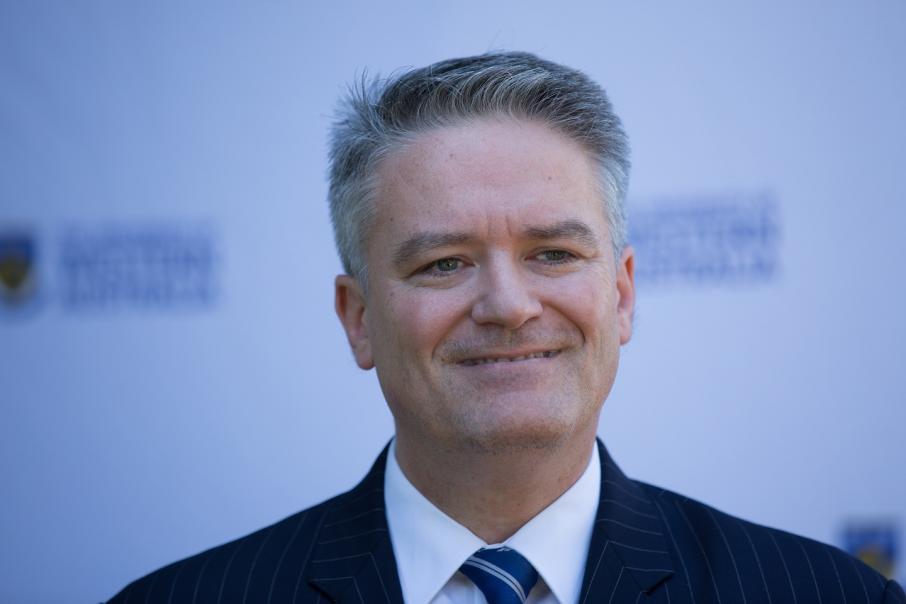 Federal Treasurer Josh Frydenberg is confident his government will be able to keep its election promise of surpluses over the next four years, despite a $2 billion cut to its expected surplus.

The mid-year budget review showed the surplus forecast for 2019/20 has been cut to $5 billion from the $7.1 billion at the time of the pre-election budget in April.

The downgrades were the result of a $32.6 billion cut to tax receipt expectations over the four years to 2022/23.

But Mr Frydenberg is still on course to be the first treasurer to return a surplus since Peter Costello 12 years ago.

"If you look at our last three final budget outcomes we have bettered what was forecast by $37 billion," Mr Frydenberg told reporters in Canberra.

He said the updated prediction for commodity prices was also conservative, with the iron ore price forecast at $US55 per tonne compared with around $US85 per tonne at present.

This was blamed on weak momentum in the global economy, as well as domestic challenges such as the effects of drought and bushfires.

The Mid-Year Economic and Fiscal Outlook - its formal title - also showed downgrades to household consumption, business investment and wages growth, while the unemployment rate is expected to be higher.

Despite this gloomy backdrop, the treasurer is sticking to his 2.75 per cent growth forecast for 2020/21.

Wage growth forecasts were cut across the next four years, but are still predicted to be at three per cent in four years' time compared with 2.2 per cent now.

The unemployment rate was expected to be higher than hoped at 5.25 per cent, rather than five per cent for this financial year and next.

However, the treasurer pointed out the participation rate for those in work or looking for employment is set to rise.

"What is going to drive more employment across the economy is our infrastructure spending, is the increase spending we are providing to hospitals and schools and the full rollout of the NDIS," he said.

He also anticipates the government's personal income tax cuts will increase economic activity, although recent data suggests households are either saving the money or paying down debt.

Otherwise, while the review did include a $623.9 million aged care package, there was no new major spending to lift economic growth.

This will keep the pressure on the Reserve Bank of Australia to reduce the cash rate even further next year.

The central bank wants to see the jobless rate closer to 4.5 per cent to help lift wages growth.

Economists widely expect the Reserve Bank to cut the cash rate to 0.5 per cent when the board returns from the summer recess in February from its record low 0.75 per cent.

In a joint statement, Mr Frydenberg and Finance Minister Mathias Cormann said the mid-year economic and fiscal outlook confirmed the resilience of the Australian economy.

"Despite significant revenue write-downs on the back of sustained global and domestic economic headwinds, surpluses of $5 billion this financial year and cumulative surpluses of $23.5 billion over the forward estimates are expected to be delivered," he said.

"Budget surpluses are expected to continue to build to over 1 per cent of GDP in the medium term."

The update detailed nearly $1 billion in funding for Western Australian road and rail projects, to accelerate development of a suite of major projects currently under construction.

Projects that attracted additional funding included ring roads in Bunbury and Albany, upgrades to regional roads between Karrattha and Tom Price, as well as Newman to Katherine, and the Fremantle Traffic Bridge.