All businesses want to increase their productivity, improve their product quality and lower their costs; what if there was a design solution, a set of management processes that could deliver all of that? 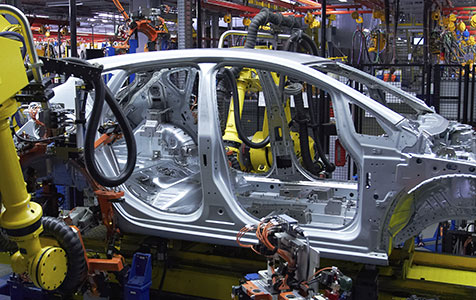 All businesses want to increase their productivity, improve their product quality and lower their costs; what if there was a design solution, a set of management processes that could deliver all of that?

The second generation of management processes, called self-organising systems, is continuing its evolution in workplaces around the globe, providing a flexible structure suited to a range of business models.

There’s plenty of history behind its development.

The first generation, which is still in common use, was ideal for regulating and aligning the work of unskilled workers in the first mass production lines. This approach to management was successful when the majority of work in a business was manual labour.

The second generation of management processes evolved from the work of the past 50 years of management science and is suited to today’s highly skilled knowledge workers. This operating system fully engages the workforce and

results in a step-change in productivity, quality and efficiency. The higher the skill level required to undertake the work in a business, the more successful are self-organising operating systems at generating improvement.

Put simply, self-organising systems are those in nature where cooperation between the elements of the system helps the overall system. When it comes to the modern work environment, self-organisation systems form when the group has autonomy over task membership, execution and progress. This is not a situation of self-managed teams, but rather where leaders are the glue that connects the self-organising teams to customers and to the strategy for serving those customers, integrating their work vertically and horizontally.

Self-organising systems are at their most effective when leaders facilitate, rather than direct, the teams.

Several management process models have been developed in recent decades to allow organisations to tap the productivity of self-organisation.

Starting in the early 1990s, self-organising operating systems were created for software development, mainly because of market pressure for cost and speed in very large projects. When projects teams were set-up to be self-organising, their projects turned out to be many times more productive than traditional waterfall operating models. And the people involved found the work environment so productive that the approach spread rapidly. This diffusion was helped by the best knowledge workers refusing to work under command and control and seeking employers who provided so-called ‘agile’ environments based on self-organising teams.

The dominant management system delivering this level of performance in projects is the ‘scrum’, which although starting in the software business has been adapted to a range of industries including aerospace, manufacturing, finance, technology, health care and education. The rapid iterations and close customer interaction of scrum-type systems work best in environments requiring intense product innovation.

For process industries like manufacturing, mining and logistics, where efficiency and capital productivity are more important than innovation, another self-organising operating system evolved – the ‘open book management’ model.

This system succeeded by educating the workforce to forecast each member’s contribution, and to collaborate to achieve these goals. It spread to thousands of midsize businesses in the US.

Of course self-organisation becomes just an interesting social experiment unless it delivers economic value for the business. And ultimately this means delivering for customers.

Production companies using the ‘open book management’ system typically find the NPS (net promoter system) to be the most effective way of staying aligned to customer requirements. Our research has found that few companies using the scrum operating system also use NPS, but there is no reason why they could not combine it with their face-to-face customer link as appropriate. Companies using open book management combined with NPS are often using face to face with selected customer groups to clarify comments captured in NPS feedback.

In the future it’s likely the majority of companies will adopt some form of self-organising operating system in order to take step changes in productivity and creativity.

Firms will use both the scrum and open book management in different parts of the organisation depending on whether teams are focused on rapid product innovation or on stable production. This will invariably be accompanied by systems such as the NPS to create greater customer centricity enabling the companies to continually validate their products and services against the probably changing requirements of their customers.

The further challenge of competing through innovation will no doubt dominate strategies of the future and self-organising operating systems are the way to make the most of the creativity of the workforce. A scrum is an ideal venue in which to generate iterations of ‘minimal viable product’, which can be tested until a robust customer base can be found.

Self-organising systems may well be the way that many more companies, in addition to ratcheting up their productivity, can do what Steve Jobs did – create products and services meeting needs that customers didn’t even know they had.