Transfer duty, or stamp duty, as it was known until 2008, is one of the most inefficient, distortive and poorly targeted taxes in Australia. 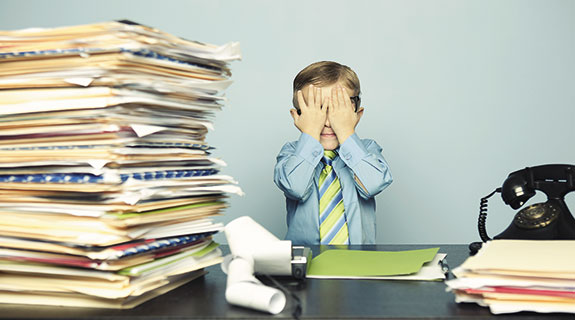 BARRIER: Transfer duty has for too long stifled business growth.

Transfer duty, or stamp duty, as it was known until 2008, is one of the most inefficient, distortive and poorly targeted taxes in Australia.

Given the state government’s financial position, however, it’s here to stay; which is disappointing because it is a blockage to economic development, particularly when a growing business needs to change to a new legal structure.

The vast majority of small-to-medium businesses are operated through a trust (typically with a corporate trustee). That serves them well, but as the business grows, a variety of commercial reasons may render the trust vehicle no longer suitable, and the business will need a company structure.

The logical solution is to transfer the business from the trust to a company.  If a business is growing, employing more people, creating wealth – and tax revenue – it makes no sense to stand in its way. And yet that’s exactly what transfer duty does.

The federal government understands this issue (if not for special rules, this kind of restructure would trigger capital gains tax). The feds recognise that tax should not inhibit restructures where the ownership of the business effectively remains the same. Therefore, special ‘rollover’ rules exist that defer the CGT bill when you to do things like transfer a business from a trust to a company.

You’ll pay the CGT when you eventually sell the business, so there’s no cost to tax revenue. In fact, it enhances the prospects of more tax revenue by not getting in the way of a growing business. It’s easy to see that there would be a substantial blockage if you couldn’t defer the CGT when restructuring a business from a trust to a company – quite simply, no-one would do it.

Of course there are costs and risks, as the rules set out a strictly prescribed process to qualify for the rollover – get one step wrong, or fail to meet one of the conditions, and you’ll trigger the CGT bill. But that’s just something to manage in order to get a business to the next level.

The problem is that the sensible policy of removing the CGT blockage is completely undone by the spectre of transfer duty. Restructuring a business worth $5 million from a trust to a company will set the owners back about $250,000 in transfer duty. Dead cost, thank you very much.

The restructure would need to very quickly provide some hefty payback benefits for the owners to justify the transfer duty cost. That’s rare, and so the idea of any such restructure is often killed off at the very beginning – and no transfer duty is collected in any case. The business stays as it is and everybody loses because the blockage inhibits the potential that can only be realised with the new structure. So, there’s your blockage – transfer duty – hindering growing businesses from doing just that, and consequently the economy.

Allowing businesses to restructure with a CGT-style rollover from transfer duty would raise no tax revenue.  Of course, no tax revenue is currently raised anyway from all those restructures that don’t happen because of the transfer duty that would be imposed. Accordingly, we might as well provide the rollover to harness all the benefits that will flow from facilitating business development.

Piggybacking is used within and across state/federal tax laws, and the idea of piggybacking a transfer duty exemption onto this particular CGT rollover is not new.  But the response from state bureaucrats has always been less than enthusiastic, pouring cold water on the idea by spouting something about the CGT and transfer duty regimes serving different purposes and thus can’t be aligned.

The issue was to have been significantly cleared by the across-the-board abolition of transfer duty on the transfer of all business assets (except land) from July 1 2010. We had planned for a number of clients to restructure from a trust to a company, but the abolition was deferred for three years. You can guess how many of those planned restructures went ahead after telling clients the transfer duty they’d now be stung with.  Then, heading towards July 1 2013, restructures for clients were again planned … and the abolition was again deferred.  Indefinitely.

So this blockage remains, and it’s costing us by constricting business development.

But then things became even worse. Through a deplorable abuse of administrative power, the federal commissioner of taxation has been making life difficult for trusts in recent years, pushing small-to-medium businesses to switch their legal structure from a trust to a company. This punitive push for small-medium business owners to restructure from a trust to a company hasn’t worked because of the derailing transfer duty impost. So all the commissioner has achieved is to punish small-medium business owners.

Surely the commissioner must be wondering why small-medium business owners are not making the change – after all, a CGT rollover is available, so what’s the problem?  Well, it’s because there’s still a blockage – transfer duty.

So, this puts many business owners between a rock and a hard place. To (unintentionally) tease them even more, the federal government announced in May’s budget a broadening of the CGT rollover, giving ‘small business’ a wider choice of restructure options with a deferral of CGT (Let’s call out a myth here – it’s for businesses with turnover below $2 million. That’s not small business, that’s micro business). That’s nice, but pointless in practice for many businesses due to the transfer duty blockage.

I’ve written before amongst these pages about government facilitating an environment in which businesses have the confidence to invest and grow, creating more employment, wealth and tax revenue.  Creating that environment includes removing blockages, and here’s a big one that desperately needs to be removed.  So, let’s clear this blockage that is hindering small-to-medium businesses growing from the small end of that spectrum to the medium end (and beyond).  There’s little to lose, but so much to gain.