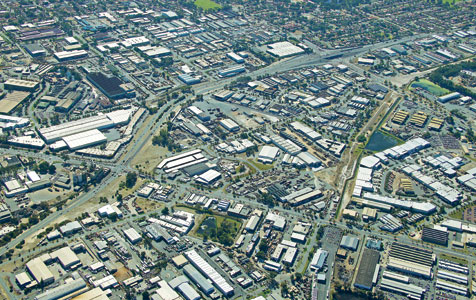 Demand is rising for industrial properties in the Welshpool area.

Welshpool is emerging as a hotspot for industrial land transactions, with more than $65 million in deals recorded in the current financial year, and over $29 million in the last quarter alone.

Sales brokered by Colliers in the June quarter totalled $23.2 million, according to the agency’s industrial sales and leasing executive, Andrew Fife.

Also in Welshpool, CBRE brokered the sale of a former trucking depot at 110 Kurnall Road in a deal worth $6.5 million, announced earlier this week.

“The inquiry and active buyers looking to get into the area are covering the spectrum of self-managed super funds, syndicators, investors and in particular local high net-worth individuals who are looking to occupy the space themselves.

“These are serious buyers who are cashed up and prepared to move quickly when they find the right opportunity.”

Mr Fife tipped demand in Welshpool to continue to rise in the coming financial year.

“Supply levels of stock available for sale in Welshpool are still low, and inquiry remains high,” he said.

“Given the last quarter of the financial year has proved to be the highest grossing period, it bodes well for the start of the new year – and we’re anticipating that level of activity and interest will continue and strengthen in the coming months as hopefully a little more of that in-demand investment stock is released to market.”

The agency said demand was particularly strong for properties with large areas of hardstand surrounding offices, warehouses or workshops.

On the leasing side of the market, Burgess Rawson said workshop demand was steady, as was demand for smaller to medium-sized offices and warehouses.

However, standalone office leases are coming under pressure due to high levels of supply and low demand.