The state government has secured private funding to build own and operate a 150 megawatt power station in South Hedland which will incorporate infrastructure from a smaller power station that collapsed engineering company Forge Group was building. 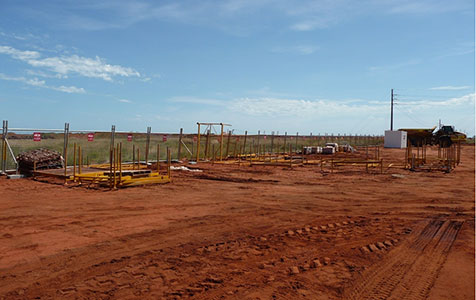 The state government has secured private funding to build own and operate a 150 megawatt power station in South Hedland which will incorporate infrastructure from a smaller power station that collapsed engineering company Forge Group was building.

Canada-based TransAlta Corporation is set to build the 150MW combined cycle gas power station at Boodarie, near South Hedland over the next three years following the state government selecting it as the preferred proponent.

As part of the agreement, TransAlta will refund the capital the state government has already spent on a $125 million 67MW power station being constructed to meet interim power needs in the Pilbara.

This includes infrastructure such as site works, gas and water facilities, and a switch yard.

Horizon Power, which is managing the interim power project, has signed new contracts with unnamed contractors to complete it, after originally awarding it to Forge. It is yet to award the generation turbine component.

TransAlta  was chosen over eighteen other bidders which responded to the government’s request to service Horizon Power’s requirements of 110MW by 2016 and additional demand from the resources sector.

TransAlta will pay for, build, maintain and operate the power station, which has been designed to allow for later expansion.

It has a 25 year agreement to provide energy to Horizon Power and Fortescue Metals Group.

TransAlta said it expected the power station to start delivering power in 2016, with full commissioning due a year later.

The Calgary based company, which has six power stations in Western Australia and a natural gas pipeline, said the state was an important market.

“Our bid on this development project illustrates the importance and focus that TransAlta places on customers and business in Western Australia,” TransAlta president and chief executive Dawn Farrell said in a statement.

Energy minister Mike Nahan said the government was pleased the power station would not be taxpayer funded.

“This agreement means this new and necessary power station will be privately-funded,” Mr Nahan said.

“This demonstrates that there are still innovative ways to ensure infrastructure is delivered in times of financial constraint.”

“This agreement represents a wonderful example of how government, communities and business working together can create infrastructure solutions which serve the best interests of the state and the community,” Mr Power said.

“I think it represents a great example going forward of how infrastructure can be built in the state.”