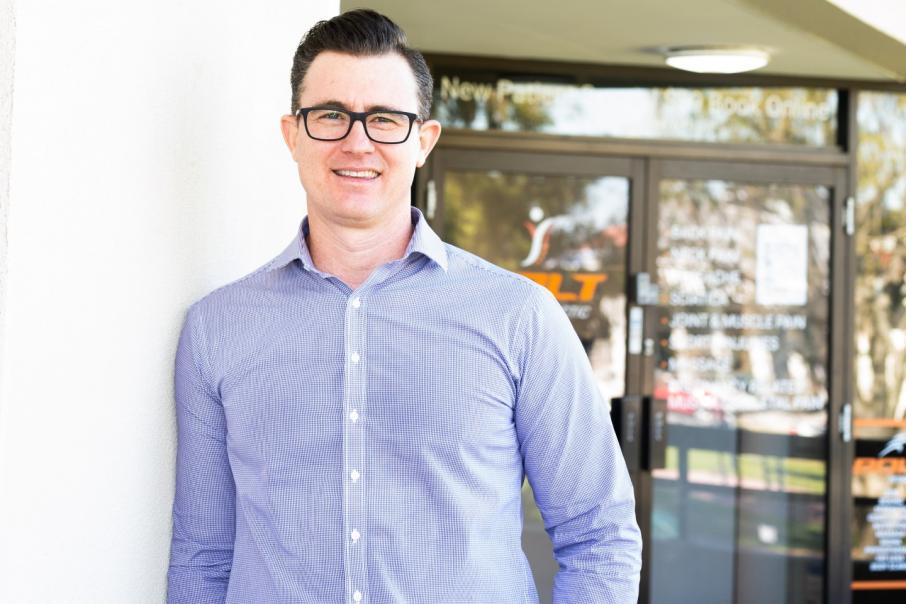 Internal promotions often seem like an efficient and sensible way for a business to deal with a departure, but it’s not always the right move, according to Michael McHugh.

The co-founding director of Future Institute of Australia said Australian companies had been faced with a leadership deficit for at least the past two decades.

“A lot of people get promoted from within organisations because of their technical capability, or because they’re hungry or they’ve got a good attitude, not necessarily because they’ve got great leadership skills,” Mr McHugh told Business News.

However, he believes those skills can be learned, and that the Victoria Park-based registered training organisation can help companies train their managers and supervisors to become better leaders.

Mr McHugh drew this conclusion from his own experience, which includes several senior management positions with Amart Furniture in Queensland between 2000 and 2007.

Mr McHugh followed this with a master of business administration qualification from Curtin University.

It was during this time he realised those leadership and development skills would’ve been useful to him a lot earlier.

“During my career, I always mentored and developed people naturally … but I made a lot of mistakes, particularly around fundamental leadership skills,” Mr McHugh said.

“I learned the hard way, in a lot of ways; that inspired me to set up my own business.”

Mr McHugh founded FIA in 2015 with his mentor, Mark Iriks, who is now a non-executive director of the organisation.

“At the time, we saw that Janet’s skillset was something we didn’t have, and she was exceptional at it, so we offered her a stake,” Mr McHugh said, noting all three directors shared a common view.

“We strongly believe leadership skills can be learned, and you can become a great leader.

“There is a real leadership learning deficit in a lot of companies because they don’t have the time or the expertise to [train] properly.

“[Companies] are so focused on results … they’ve picked the best people who are technically good and expect them to pick up the slack and be able to lead their teams effectively. “It is a really big problem.”

A 2016 report from the University of Melbourne outlined significant gaps and weaknesses in Australia’s leadership and management pathways, finding too few organisations were investing in leadership development and that many leaders were not well trained for their respective roles.

More recently, a report from PwC referenced Australia’s shortage of skilled labour, stressing that training and further education was required to address the issue.

“If you look at some of the research based on frontline leaders and middle management training in Australia, for the last 20 or 30 years it’s been a big problem for businesses,” Mr McHugh said.

FIA started training leaders from within the mining industry, particularly those working for mining services companies such as Perenti Global’s Ausdrill and Barminco divisions.

To date, FIA has trained more than 700 people in leadership roles, including 180 supervisors at Barminco, according to Mr McHugh.

Mr McHugh, also the managing director of co-working space Sitting Rooms, said FIA stood out from other RTOs in that its training solutions were tailored to organisations.

He said like most Australian businesses, FIA had been challenged by COVID-19 but managed to retain almost all its long-term clients.

“We were quite fortunate [to have] had a lot of clients who were a long way through their programs,” Mr McHugh said.

“But suddenly we were in a situation where the whole country was in lockdown, and we had all these programs that were predominantly face to face.

“What were we going to do to transition and keep going?”

He said the business decided to prepare tailored, one-page pitches to clients outlining how they could continue with training their leaders, albeit virtually.

Mr McHugh said one of the first pitches was made to Ausdrill, led by chief executive Scott Winter, who endorsed FIA’s proposal.

“That gave us a lot of confidence, and we pushed forward with that strategy with every single one of our clients,” Mr McHugh said.

“It pushed us really hard to be innovative, and now we’re seeing that as a trend.”

About 40 per cent FIA’s training was still being delivered virtually, he said, however, the structure of its in-person and virtual workshops were markedly different to each other.

“You can’t just put a face-to-face workshop online; it doesn’t work like that,” Mr McHugh said.

“You’ve got to rethink about all the activities, about the length of time, [and about] the amount of people in the session.

The contract forms part of the goldminer’s efforts to lift the number of its Egyptian employees in leadership roles by 10 per cent next year.

FIA originally planned to deliver the workshops in person but had to make alternative arrangements considering travel restrictions.

The RTO is delivering three programs – including its Cert IV in Leadership and Management – as well as one-on-one virtual coaching sessions to members of Centamin’s Sukari workforce.

Mr McHugh told Business News that delays in the delivery of information (through an FIA trainer and then a translator) was a challenge easily overcome by keeping group sizes small.

He said Zoom was found to be the most effective platform in delivering the workshops since it provided tools such as ‘break out’ rooms, which split meetings into separate sections.

Mr Claxton previously did most of the mentoring and consulting of supervisors himself and was looking to shed some of that workload due to other business commitments, Mr McHugh said.

Nevertheless, he was determined to maintain the culture of the business. Mr McHugh said after consulting with about nine Lightning Brick supervisors, FIA made recommendations to Mr Claxton about how training could add value to the business within the next six to 12 months.

FIA will soon begin a formal training program for the supervisors.

“Those smaller companies are the ones that benefit the most from this type of training, because it can really launch them into another area … of growth,” Mr McHugh said.

“To be able to help leaders like that is just awesome.”