The dramatic price falls in the resources sector, particularly for iron ore, is having an impact on balance of trade figures in WA. 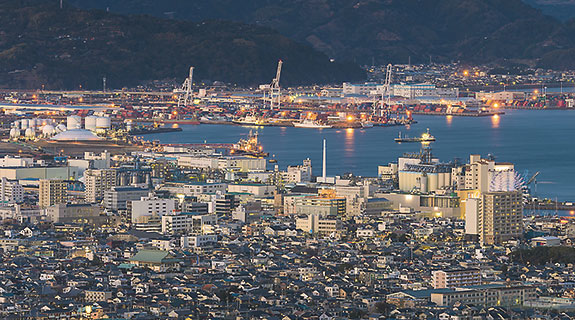 DROP-OFF: WA exports to Japan for January were almost $500 million lower than the same month a year earlier. iStockphoto

The dramatic price falls in the resources sector, particularly for iron ore, is having an impact on balance of trade figures in WA.

THE latest trade balance data for Western Australia highlight the changes taking place in the state’s economy, with exports falling from record highs and imports starting the year softly as the exchange rate falls.

The impact of falling commodity prices is proving significant, according to figures from the Australian Bureau of Statistics, with exports contributing about half of total state output.

Merchandise exports for February were $9.3 billion, down almost $2 billion from the same month in 2014, a fall of around 16 per cent.

Figures for January were also lower, at $9.6 billion compared with $11.4 billion a year earlier.

Those figures do not include services, such as tourism and education, which also feature as state exports but are much lower in value than commodities.

With total merchandise exports at around $120.9 billion for the 12 months to the end of February – about $8 billion lower than for the same period to February 2014 – the trend for this financial year appears to be unfavourable for WA.

This comes despite capital expenditure programs recently being completed to increase the state’s production of iron ore and natural gas.

A number of other projects are due to be completed in the near future, including Chevron’s Wheatstone, although the impact on exports will continue to be ameliorated by very low commodities prices.

“Exports continue to be buffeted by lower commodity prices, but a weaker Australian dollar and strong production volumes continue to provide support to values,” he said.

“The lift in export production is set to lift further.

“The first of Australia’s mega-LNG projects are beginning to come online and will significantly lift export capacity and volumes.

“The lower Australian dollar will also support exports, but working in the other direction are lower commodity prices, which remain under pressure.”

China led the demand drop, with WA exports to the Asian powerhouse for the 12 months to February around $7.8 billion lower than for the same period to February 2014, at $61.2 billion.

There was mixed news among other export destinations, which when put together are about the same value as exports to China.

Figures for Japan were $23.5 billion for the 12 months to February, down marginally, however, numbers for January in isolation were almost $500 million lower.

Better news was provided by Indonesia, Malaysia and the Philippines, all up, while Singapore was almost 50 per cent higher, at $5.2 billion, for the year to February.

However, across the country, Mr Chan said, stronger import demand despite the depreciation was a sign of economic transition.

“While the downturn in mining investment will likely weigh on import demand, any improvement in the domestic economy could lead to a pickup in import growth,” he said.

“The deterioration in Australia’s trade position was in part due to a rebound in imports, particularly of consumer goods.”