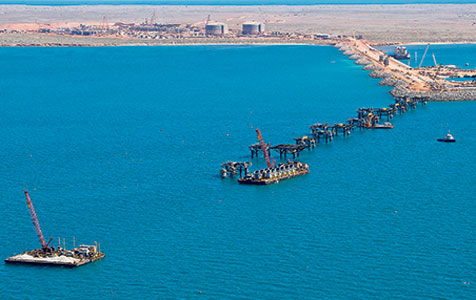 The contract, which is expected to commence early next year, will include facilities at Barrow Island as well as Chevron's mainland supply bases and offshore drillings.

Tox Free estimates the initial scope of works will deliver around $170 million in revenue over the term of the contract, with capital expenditure of around $18 million over the same period.

Chevron awarded Tox Free a contract in 2009 to handle waste management during the construction of the Gorgon project.

Tox Free managing director Steve Gostlow said the contract would employ more than 100 staff and support the company's committment to developing infrastructure in the Pilbara.

The company earlier this month announced its full-year profit had dropped by 13 per cent, driven by a series of one-off impairments, with underlying net profit up 26 per cent.