Tourism opportunity to be grasped

The mining bust hasn’t left dust, there is a wealthy legacy to exploit. 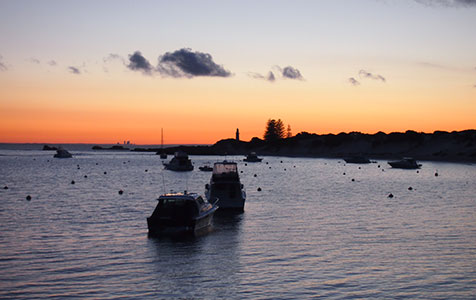 The mining bust hasn’t left dust, there is a wealthy legacy to exploit.

TOURISM was the big loser during the mining boom.

With hotels full of corporates and mining wages luring staff away, the sector was always going to struggle in competition with the resources dollar.

However, the industry was not destroyed and the havoc wreaked on our state by the mining boom was not all bad.

Western Australia’s fast wealth might be finished, but its legacy of more airline routes, a growing number of hotel rooms, and a vibrant CBD are positives – fundamental building blocks for the sector to restore itself.

The things that hurt WA tourism – the high Australian dollar and extreme wages in the north-west – have also receded.

Let’s not forgot the high population growth. More than 300,000 new residents in less than a decade won’t all be going home. Instead, they will be inviting their friends and family to discover the west – one much more worthy of a visit than it was a decade or so ago when the Dullsville tag was accurate.

A lot of money once invested in resources is now being directed into new pursuits, and there’s no reason why tourism can’t capitalise on that.

The challenge is make it easy for investors.

When you talk to those in the industry they are clear on two major changes.

Firstly, we need to remove the obstacles to tourism-friendly development and employment to ensure the sector thrives. A healthy tourism sector is not just about visitors; it makes WA a better place to live.

That means less red tape around physical developments, such as beachside high rise, and fewer rules stopping innovation. Why can’t a tourism operator land a seaplane on the Swan River?

It also means attacking ridiculous penalty rates that mean casual staff are worth more on a weekend, when they are needed, than in the weekday, when they are not. A clear and fair minimum wage is all that is required for those who work in hospitality; anything else is just stopping people who want to give work a go.

Secondly, the state, guided by industry, needs to ensure WA has a buzz.

The sector tends to avoid past mistakes when it demands marketing campaigns and slick advertising. In the modern communications world, it is harder to achieve results through traditional formats.

Instead, WA needs to a put a stake in the ground and stand for something; create a reputation that is worth more than money can buy. We already have great beaches, wonderful natural attractions and, finally, a city that can entertain people.

Big events have proved their worth in the past but, like advertising, it costs more to cut through the noise. WA needs to come up with its own signature event, which can’t be replicated or stolen by another destination.

Thematically, the opportunity to develop a significant and long-lasting tourism attraction via indigenous culture has long been recognised. But we keep missing it.

WA is steeped in a rich Aboriginal culture we ought to embrace. Everything from street signs to tourism maps can incorporate this idea. Some form of major cultural venue has been proposed for years; perhaps now is the time to get on with it. Maybe Aboriginal people should not wait for the state to build it for them. Having agreed on a significant native title settlement, the Noongar people of Perth and the south might well have the collateral to start this process themselves, especially if other indigenous groups around the state backed a common cause.

The state has a rich heritage in art, food and ingenuity that could better celebrated than it is today. It could also be shared, for the common good of both indigenous and non-indigenous people of this state … and our visitors, of course.

Perhaps both this idea of an indigenous theme and some form of big event could be combined.

Business News would be happy to assist in this thought process if required. But the time for talking is short; the opportunity is available right now.