A new business that aims to boost tourism spending by promoting established operators, with a marketing strategy skewed towards South-East Asian travellers, has been launched in Perth. 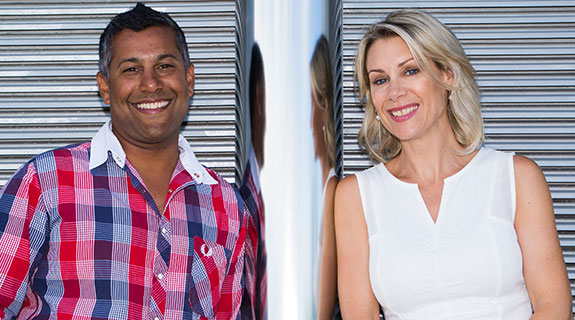 A new business that aims to boost tourism spending by promoting established operators, with a marketing strategy skewed towards South-East Asian travellers, has been launched in Perth

The new online venture, called Sightseeing Pass, packages Western Australian entertainment, tours and activities into set and custom 'passes' that showcase a range of options aimed at upselling travellers, particularly those who hadn't previously considered regions outside of Perth.

Offerings include passes in Broome and Margaret River, as well as 19 options in Perth. Among these is a $382 Best of Perth combo 1, which consists of a half-day cruise on the Fremantle Explorer, a day on Rottnest Island, and a 12-hour roundtrip tour between Perth and the Pinnacles (including stops at Caversham Wildlife Park and Lancelin for sandboarding).

The business, which relies on an online presence and social media interaction, was created by Lisa D’Souza and her husband, Chad, who have a combined 40 years’ experience in WA’s tourism industry.

Ms D’Souza told Business News they had invested more than $130,000 over the past two years setting up the business.

They have secured an unnamed private investor for their eventual plans to roll-out the service across Australia and set up a five-person board.

The board includes the couple as directors and Mr D’Souza as chair, alongside three others with backgrounds in finance, venture capital and IT, and the law.

The aim of the website, she said, was to provide a one-stop shop where people could both research activities and book them, with Sightseeing Pass taking a commission from the tourism providers featured on the site.

“We’ve sat down and personally combined these passes because it takes a lot of thought to combine them,” Ms D’Souza said.

“You don’t want to be doubling up on experiences and you also have to be really sensitive to the operators. Some operators are really competitive against others, so we’ve had to be really sure we’ve haven’t got one operator on a pass with another, that are competing.

“At the moment we haven’t got any relationship with the visitor centres.

“We probably will be in direct competition...because they do actually take bookings. And they work on a commission themselves.”

Ms D’Souza said 40 per cent of Sightseeing Pass’s marketing budget was geared to Singapore and Malaysia, 20 per cent to Hong Kong and China and the remainder split between other international locations and domestic holiday-goers.

To appeal to the Chinese market, she said they were considering offering a translated site, and to attract Singaporeans it had partnered with discount airline Scoot on an upcoming marketing campaign.

Ms D’Souza said people were searching online for “things to do in Perth” and their research had revealed Sightseeing Pass could attract 3,000 views per week if it got its content messaging consistent and its engagement strategy on blogs and social media right.

She said research had also revealed South East Asian travellers were also searching weather in Australia as well as news sites so it had incorporated a map, weather and relevant local information.

“It’s going to work because the industry and the operators are screaming out for this to be created,” Ms D’Souza said.

“We feel like we’ve come out at the right time and we’ve done a lot of research online.”