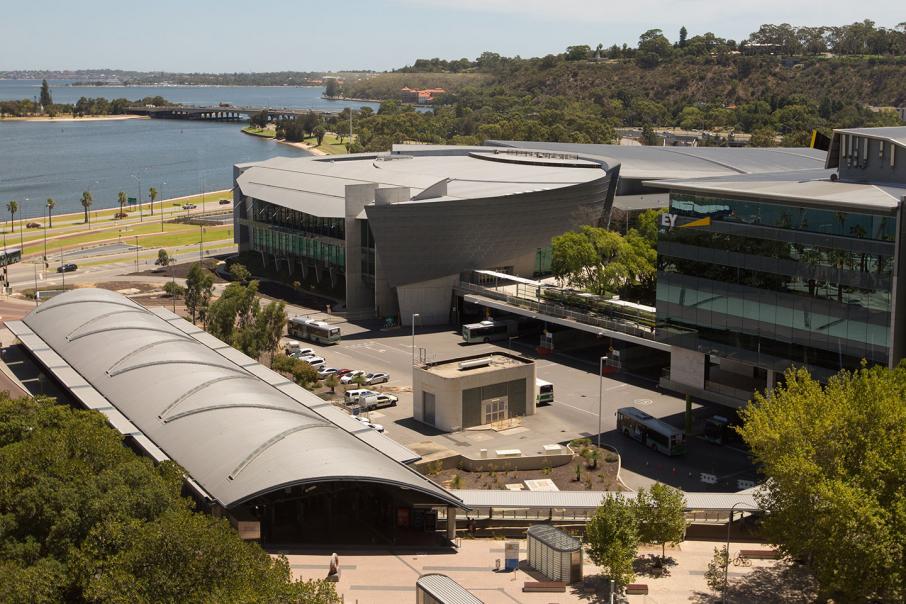 The PCEC was built in 2004, while a refurbishment program is under way.

Western Australia’s top tourism lobby group says the Perth Convention and Exhibition Centre needs to grow by at least 60 per cent, otherwise the state risks falling behind its eastern counterparts in the race to secure big international events.

The Tourism Council WA today released a report on the PCEC, which showed it was Australia’s oldest major convention centre and had reached capacity.

In order to attract an additional 22,000 new delegates, who would spend an estimated $34.8 million in WA, the Tourism Council said the PCEC needed to grow its exhibition capacity by 10,000 square metres, from its current size of 16,400sqm.

That would allow for 17 new national and international events to be held each year, the report said.

The PCEC was opened in its current form in 2004, with its total capacity of 5,000 people making it the second smallest major convention facility in Australia, only bigger than the National Convention Centre in Canberra, which holds 2,500 people.

Earlier this year the PCEC announced a series of upgrades to the facility, including refurbished meeting spaces, and an executive lounge, while the Bellevue Ballroom will be revamped in early 2017.

The facility is on Crown land and is leased to a company owned by the Wyllie family, under a 35-year agreement signed in 2004.

The Wyllie family bought the lease from construction contractor Multiplex, which built the facility, for a reported $30 million prior to the building being completed.

Tourism Council WA chief executive Evan Hall urged the state government to commit to an expansion of the PCEC, in addition to the extra funds committed in this year’s state budget.

“For example, during LNG18 in April, a temporary marquee had to be constructed at a cost of $2 million to cater to more than 6,000 delegates and exhibitors.

“All other states have expanded their convention and exhibition centre capacity in the past 10 years to accommodate the growing business events market and it is essential for the same to happen in WA to capture a greater share of the lucrative market.”

The report also urged a redevelopment of the precinct surrounding the PCEC, to integrate it with Elizabeth Quay.