Tough time ahead for industry

The Australian dollar will stay too high for too long, prolonging the current weakness and impeding economic recovery. 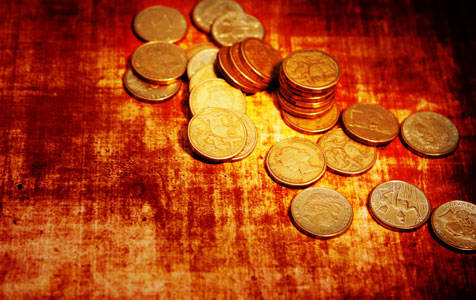 The Australian economy is out of whack and needs to rebalance, with major structural and cyclical shifts ahead.

However the stubborn strength of the Australian dollar is delaying the process of structural change away from declining mining investment towards a recovery in non-mining investment.

The high dollar tilted the economy towards servicing high levels of mining investment during the boom and undermined the competitiveness of domestic trade-exposed industry. The economy will need a spark to trigger the next structural shift back towards balanced growth, and that spark will again be the currency.

The fall in the dollar looks like being moderate and slow, however, with growth below 3 per cent and employment growth even weaker.

While the strength of mining investment contributed to strong mining-related industries, both in the mining regions and the capital cities that serviced them, the loss of competitiveness triggered structural change, with a war of attrition on trade-exposed industries that could no longer compete with cheaper overseas product.

Non-mining businesses – even in sectors sheltered from the currency – reacted with cost cutting, reducing gearing and deferring investment, which has continued to the present day.

This looks like continuing until capacity constraints switch the psychology of business away from cost cutting and back towards growth and investment.

Growth has slowed over the last year from around 3.5 per cent to 2.5 per cent, with negative contributions from mining investment and government infrastructure spending.

This was offset by strong growth in mining production and exports, which will continue for the rest of the decade, and a patchy recovery in residential property and building.

The last two factors alone are not enough to offset the impact of falling mining and government investment. It will need a pickup in non-mining business investment to chime in to boost growth above 3 per cent. However, low capacity utilisation suggests that’s not likely for another two years.

What’s needed is a trigger for non-mining business investment.

Low interest rates are unlikely to help in this environment.

A fall in the dollar, however, would stimulate competitiveness, demand and investment in the non-mining, trade-exposed export and import-competing sectors. That would flow on through the domestic economy, triggering non-mining business investment, and hence economic growth.

Unfortunately the dollar is expected to remain high for some time due to the following factors:

• commodity prices, while below the peak, look like holding relatively firm;

So with the major drivers of the Australian dollar remaining fairly solid, our modeling indicates a dollar in the 90-to-93 US cents range for some time yet, with the dollar taking three to four years to fall to 80 US cents.

And while mining production and exports will remain strong, we expect: further losses in industry; employment growth will be soft; demand will be soft; and profitability will be weak.

This will be a difficult time for Australian industry.