At 26 per cent WA has the highest gender pay gap in the nation, but many of the state’s female business leaders are working on addressing equality in the workplace. 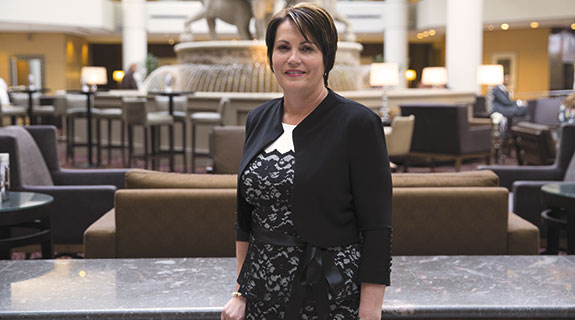 RECOGNITION: Marion Fulker says her leadership style is as much supportive as it is challenging. Photo: Attila Csaszar

At 26 per cent WA has the highest gender pay gap in the nation, but many of the state’s female business leaders are working on addressing equality in the workplace.

A number of influential Western Australian businesswomen are keen to use their recent national recognition to push for more action on gender equality in the state.

Ms Fulker said the committee’s research ‘Filling the Pool’, had revealed state-specific barriers stopping WA women staying in work or progressing to executive levels and had provoked many conversations.

Ms Fulker, one of six WA women recognised last month in a national award for 100 women of influence, said she was proud the report’s roadmap of recommendations for women, men, government and organisations had driven home the point that equality for women was not just a women’s issue.

She said she had spent the past few months presenting the findings to interested companies and industry groups and would continue to engage with them to push for change.

Erica Smyth, who was also recognised in the awards, run by the Australian Financial Review and Westpac, told Business News she would still like to see more women running not-for-profit organisations, particularly to encourage greater and more regular donations from females.

The prominent resources leader, board member and Diabetes Research WA chair said women in leadership positions often liked to focus on and recognise people, in a more personal approach that helped motivate workers to be more productive and happier in their jobs, and also reduced staff turnover.

Founder and chair of Women in Oil and Gas, Veena Mendez, GE Oil & Gas regional director Mary Hackett, and construction and mining leader Sharon Warburton were also recognised as one of 100 women of influence.

Ms Warburton, who this year founded Steelheels.com.au as an online toolbox for women seeking advice on how to progress their careers, said she wanted to be a role model for other women to make an impact in traditionally male-dominated industries like construction and mining.

“I hear often from emerging leaders that they wish they could see more female role models, it is important we are active and visible to (be able to) help others,” she said.

“If you look at the numbers of women that have been in the Western Australian parliament ... since 1890, there’s been 83 women,” she said.

“The first woman was Edith Cowan elected in 1921 and she expected the floodgates to open once she’d led the way and opened that gate, but it was a trickle.

The former education minister, who was also named as a top 100 woman, said while women outnumbered male schoolteachers, leadership positions such as principals were often held by men.

However, she said she was pleased to see especially in state schools and universities, including UWA, that a lot more had been achieved and was continuing to encourage women into leadership positions in the education sector.

The mining sector has also become a more welcoming place for women, according to Bronwyn Barnes, who recently was named exceptional woman in Australian resources in the women in resources national awards.

The executive chair of Windward Resources, who is a proponent of quotas and targets as a way to promote greater female participation, said the focus now had to be on getting women into more senior roles and changing gender-biased language.

“Women can sometimes be called bossy instead of having leadership potential, manipulative as opposed to having strategic leadership skills,” she said.

Fellow winner in the women in resources national awards was oil and gas company Santos for its gender equality program that has contributed to women now making up 25 per cent of its workforce.

As part of a range of initiatives, including pay equality, training programs that remove unconscious bias and gender-balanced graduate intakes, Santos has set up a superannuation top-up program during parental leave, in recognition of Australian women on average having about half the super of men.